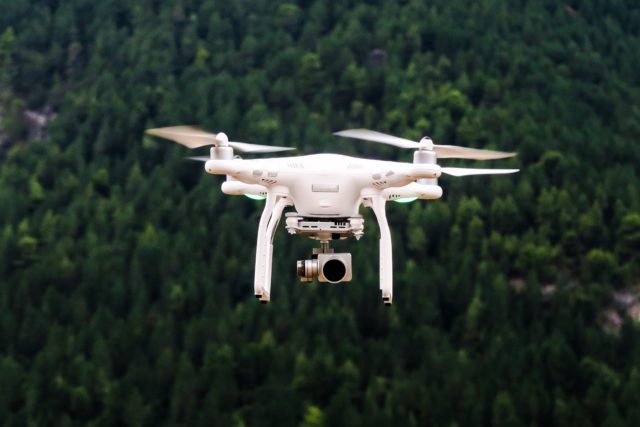 How much weight can a drone carry?

When we talk about drones, we refer to the exceeded weight as “payloads”. That plus weight can be anything from a small box to a flashlight. Drones nowadays have powerful motors that make them able to carry weights.  However, this payload capacity is often a significant limiting factor. This is especially true for micro-drones that are showing promise in search and rescue missions. But we have drones that are designed to carry extra weight as well. But let’s see concretely how much weight can a drone carry?

Well, the number differs from drone to drone, every drone is built to carry payload exactly according to their purpose. There are more kinds of drones, but the average drone’s payload number is moving between 0.3 to 2 kg while a carrying drone is able to move 20 to 220 kg. The DJI S1000 is a drone-like device which is used in filmmaking for different purposes. It can carry all kinds of cameras, flashlights, and other gadgets needed for movie making.

The question of how much weight a drone carries is like the question of how fast a car can go. Just like cars, drones have different motors that have to carry different weights. Because a drone has standard weights, including the: camera, sensors, batteries, etc. Each drone has different specifications and functions which makes them different to one model to another. The different factors have a huge impact on the maximum weight they are able to lift and transport. So we will separate two kinds of drones, the hobby/consumer drones which are made for taking photos and having fun and professional payload carry drones.

We have to consider a large number of factors that affect the drone’s payload capacity. The most important thing is the motor power, the number and size of propellers. The second most important thing is the type of battery because the drone gets his power from there. And last but not least the weight of the drone. But the environment can also be an important factor, drones tend to underperform in wind, air pressure, and cold weather. Drones that are designed to lift heavy items require a battery with a bigger capacity. Don’t forget when the drone has more weight then it’s designed for, the drone will lose from his flight time and the stability.

When it comes to consumer drones we know that their main consumer target is the general public. The manufacturers are trying to make these drones the most user friendly as possible. But they have a disadvantage as well, which is dramatically increasing prices. When they design the drones they don’t pay attention to things like extra weight, which is understandable. If you look at the structure of a consumer drone, you can see that the payload capacity is already used by the equipment already built on them such as a camera, or an extra battery. Some of these drones come with stock cameras, but for some of them, you have to add your sports camera like a GoPro Hero 5. If you add some weight on a hobby drone the flight time and stabilization will be decreased.

So how much weight can consumer drones carry? In short, not much. However, with these consumer drones, you can send a letter or even a small gift to another person in a short-range. Usually, beginner drones can lift approximately 200 to 300 grams of extra weight. But the flight time will be reduced. Anything above that may cause some problems to the drone and they won’t be able to lift up.

When we talk about professional quadcopters that are used for carrying the weight they are usually used in industrial or military environments. Their main purpose is to carry extra weight while flying, and besides this, they can have a camera as well. That extra weight can be anything from a camera to film, a monitor, sensors, LiDar system, thermal camera. These drones are built with batteries that can handle that impressive load. But things are different here as well, for example, some drones can carry payloads of 6kg, and there are others that can carry even 10kg. These drones usually are used for professional purposes, and they are built with the strongest hardware therefore they are pretty expensive so any usual person might not be able to afford it.

All right, so let’s see how much weight these drones can carry? The average weight for these kinds of quadcopters are 18kg (40 lbs ). In 2017, a drone company called Griff Aviation launched the Griff 300 model that is able to carry around 226kg (500 lbs) of payload weight. The Griff 300 has 8 propellers and each of them works with very high power.

It’s simply a question of time when Drones will possibly wipe out the difficulties individuals face each day. Automaton conveyance is unavoidable, it’s simply a question of time. At the point when guidelines are released and the framework is set up, we will be seeing automaton conveyances for some reasons. Automatons could empower a stage change in the accessibility of regular physical things. One of the principal points of interest of automaton conveyances is speed. At the point when you need something quick, you more likely than not need it conveyed right to you. What’s to come is to bring a thing with a catch on your cell phone and in a matter of seconds a short time later, pluck it out of the air straightforwardly before you, and the future potential goes past adding comfort to the internet shopping. Pinpoint precise conveyance to any cell phone may improve the attainability of life-sparing applications for automatons, for example, EpiPen or defibrillator conveyances. For around 10 years when drone innovation will permit us to convey heavier burdens for longer separations will make a huge difference.

We came to the conclusion that there is no definitive number to the question of how much weight can a drone carry. It all depends on the model and the purpose of the specific drone. But with the development of technology, we will witness more durable and lightweight materials, so drones will be able to carry more loads in the future. As we have said in this article, consumer drones on the market can carry weights from around 4 grams, and the specific weight carry drones are able to lift even 200 kg.