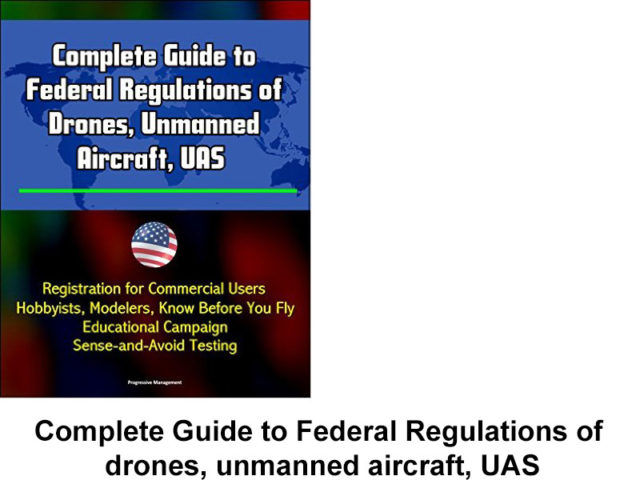 This is a print replica reproduction of a number of up-to-date and important FAA documents relating to the issue of drone regulations, including commercial and hobbyist drone registration, safety rules, guidelines, law enforcement and more.

Compendium of the FAA and news releases about UAS and Drones

Before you fly Guidelines

What can I do with my model airplanes?

Operating Unmanned Aircraft Systems in the national airspace System: assessing research and development efforts to to ensure safety, Hearing in the House of Representatives