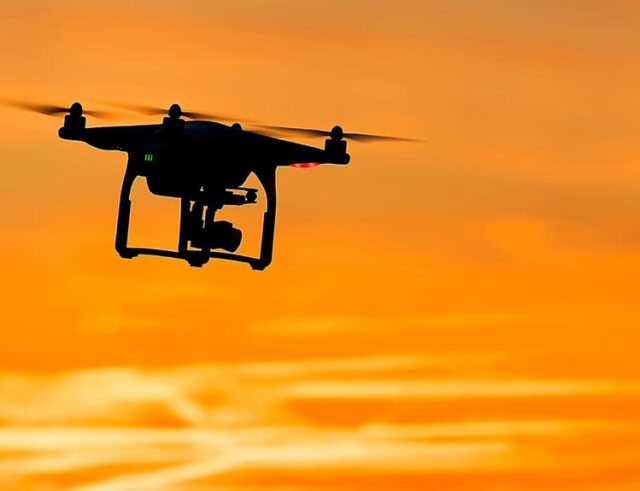 The drone industry has become such a fast-moving one, that it is almost impossible to track each company and their releases. Nevertheless, we did our best in trying to rank them and present to you the top drone manufacturers of 2021. It depends a lot on their area of expertise and also what you are interested in, but we made sure to include a little bit of everything so as to please everyone. If you think this is an interesting subject, make sure you follow through with our article!

DJI ranks in the area of consumer drone manufacturers, mostly thanks to their Mavic series. The models from this series have become famous to new and intermediate pilots, for their easy maneuvering, but also the high number of functions. Also, they usually have affordable prices on their products. Their headquarters can be found in Shenzhen, China and their main target audience are hobbyists and professionals. Their latest release is the DJI Mavic Mini, the smallest and lightest DJI drone ever made. Other interesting models are the DJI Phantom 4 Pro, the foldable DJI Mavic 2 Pro along with the updated Mavic Air 2. Maybe the most interesting feature they have is the DJI FPV Fly More Combo app, in which the consumers can experience FPV in an amazing way.

Parrot is a company that used to be on the market with toy drones. In 2019, they downsized to only some of the best regular models. One of them is the ANAFI camera drone and you will almost always notice it in favourite lists. Alongside drones, they also develop consumer products for smartphones and tablets. Also, maybe a lesser known fact but very interesting is that they work with the U.S. Department of Defense. Their role is to build short-range military reconnaissance aircrafts. To be honest, this was one of the facts that contributed to their inclusion in the top drone manufacturers of 2021.

Yuneec first entered in the aircraft industry with different innovations, and they eventually created the first ready-to-fly fixed-wing RC airplane. Step by step, they managed to focus on aerial video quadcopters which became increasingly popular over time. One of their biggest breakthroughs was in 2017, when they launched the Typhoon H520. This is a drone specifically designed for commercial applications. At the same time, they began to focus on providing high-quality customer service. A year later, in 2018, they also launched their first ever voice-controlled drone, the Mantis Q which had an even bigger success.

Autel Robotics was founded in 2004 and based in Shenzhen, China, they also have headquarters in the U.S. To be more precise, in Bothell, WA. They are also a subsidiary of Autel Intelligent Technology Company Ltd. This company is mostly known for their ability to produce award winning automotive diagnostic tools and equipment. Now, Autel Robotics has as its priority researching and developing easy-to-use aerial drones for aerial photography and other industries. They recently updated their first small portable aircraft, also known as the new Evo 2. It is compact and fully packed with intelligent features together with a high quality camera and a foldable design.

Skydio was founded in 2014, this company was widely considered a breakthrough in autonomous drones. They are also a platform for commercial development, thanks to the release of the R1 model, in 2018. A year later, in 2019, they launched another successful model, the Skydio 2.It became so famous that it was sold out in only one day. Skydio also developed the most advanced flying artificial intelligence system in the world, the Skydio Autonomy Engine. Of course, you can find it in the Skydio 2 model.

Insitu has made a name for itself in the industry by running the gamut of drone services and providing hardware by releasing commercial-focused drones. They also managed to create softwares that extracted intelligence from raw data for commercial applications in the form of surveying and reconnaissance. One of their most successful models, the ScanEagle, was designed for aerial imaging which helped industries like agriculture, oil, gas and force protection.

Delair is a company that offers high performance, together with long range fixed-wing UAV hardware, sophisticated analytics technology and operational services. This combination has made them famous for their fixed-wing drones, such as the UX11 model. But their expertise goes far more than that. They also explore the area of aerial data processing, through intuitive flight planning tools. Therefore, they have the capacity to provide end-to-end solutions that are so performant that are used by many industries, such as mining, construction, agriculture, and even transportation.

Our list stops here for the moment, and we thank you for checking it out. We hope we were able to give you some perspective on the industry and also that you found in our top drone manufacturers of 2021 some companies that you might not have heard of before. This is a great opportunity to test them out, especially because now you know what they are capable of. We can not wait to see what the next year has in plan for the quadcopter industry!