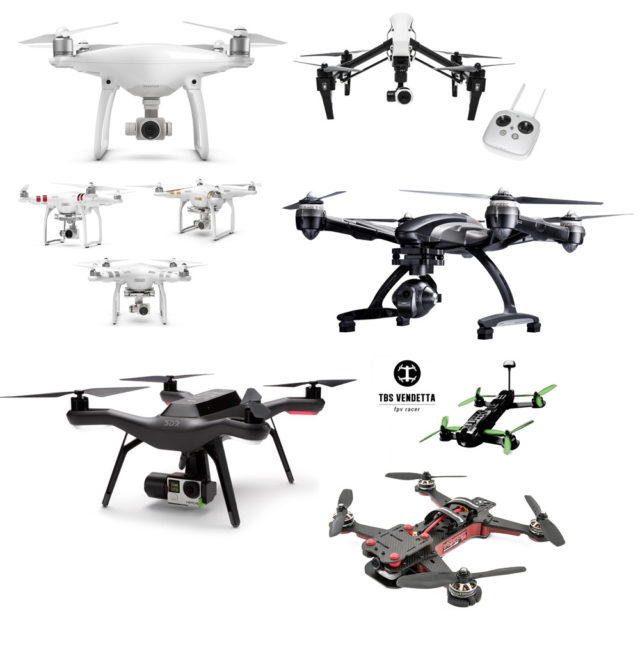 In the last few years drone manufacturers took drone development to a whole new level. Today a pretty standard priced drone can do a multitude of things to help you if you are an architect, aerial videographer, land surveyor, etc. or you are just a drone enthusiast.

So, if you are looking to buy your first drone this guide will help you choose the best one for you. 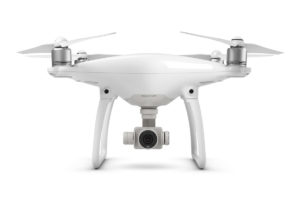 The main strength of this drone is the 3D cameras. It can also map out environments in 3D using its new computer hardware. Using these features the drone can avoid obstacles from 50 feet (15 m) away. It also has downward cameras that captures obstacles and Sonar data. 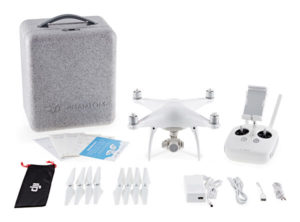 The Dji Phantom 4 not only has a cool design but is also built extremely well, if you want to break this drone you will have a pretty hard time doing so.

The Dji Phantom 3 drone is for those ones who are looking to buy a drone that is easy to fly, long battery life and has a great video quality. There are many drones that have the same features as this one but no drone gives you all these features in one at this price. With its 4K camera you can shoot crystal clear videos and 12 megapixel photos. 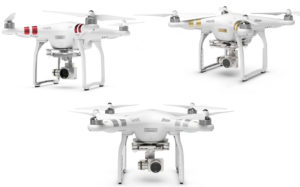 This drone is pretty easy to fly, you can return the drone back to you with just a push of a button specifically for this purpose, or if the drone flies out of the controller range it will return back to you. It also features a pretty advanced GPS monitoring system so you will always know where the drone is. Pressing just a few buttons you can record a playback video and control the camera gimbal.

One of the best new features of this drone is the new integrated vision positioning system. For this feature the drone has a group of three small sensors and uses them to track the ground underneath it and to fly low to the ground.

The standard and the most cheapest version of Phantom 3 comes at $499.

The Dji Inspire 1 comes with all the features that Dji Phantom 3 has but it’s almost twice as fast and twice as big and has a higher quality and cooler design. It also comes with a detachable 4K camera (that can record 25, 30, 50 and 60fps videos and shoots 12 megapixel photos) and 360 degree panning gimbal with which you can control the motion of the camera independently. The camera features a 94 degree wide angle lens that eliminates distortions and gives you the crystal clear photos. You can also control the camera with your smartphone using an app developed by DJI. 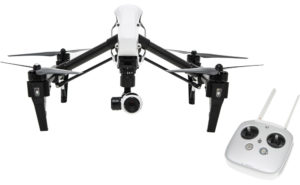 As the name implies this drone can shoot 4K videos and can capture crystal clear photos. Even though that Yuneec Q500 4K is not a very popular drone among drone enthusiasts it shouldn’t be ignored as an option as it has lots of features for its price. It comes with two batteries and a hand mount which means you can easily take the camera off the drone. 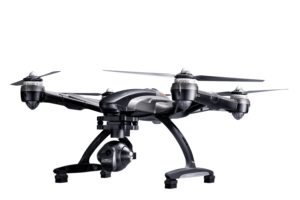 The 3DR Solo is a very easy to use drone and it has many functions. It’s pretty similar to Phantom 3 but one of the differences is that instead of having a mounted camera it has a GOPro one, which means you can easily detach it from the drone. It has an accessory bay and a gimbal bay meaning you can attach new gimbals and accessories with ease. 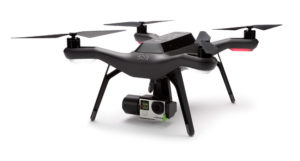 The TBS Vendetta is a drone designed for freestyle flying and especially for racing. When it comes to drone racing this drone is pretty much the best option because it fits the beginner racing drone enthusiasts as well, however it won’t come with any controller, batteries, charger or goggles, but as a drone racer you would want to choose those things by yourself. 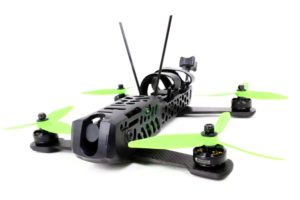 The main reason why the TBS Vendetta is the best racing drone is that is designed very well to deliver great performance and quality. This drone is pretty hard to break but if you just happen to break it you will find it pretty easy to repair it because you won’t need any soldering iron. You can also upgrade the modular motors and add a high-voltage battery with ease. 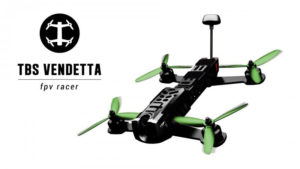 A direct competitor to TBS Vendetta is the Immersionrc Vortex 250 Pro. This drone comes with 2 bladed propellers and is a bit heavier than its competitor. 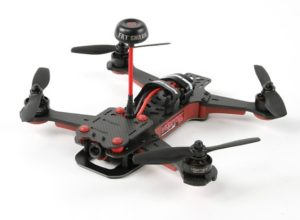 The main difference between the Vortex 250 Pro and the Vendetta is that you on the Vortex you can’t remove the modular components or the arms, but still it’s a pretty good alternative to the Vendetta.