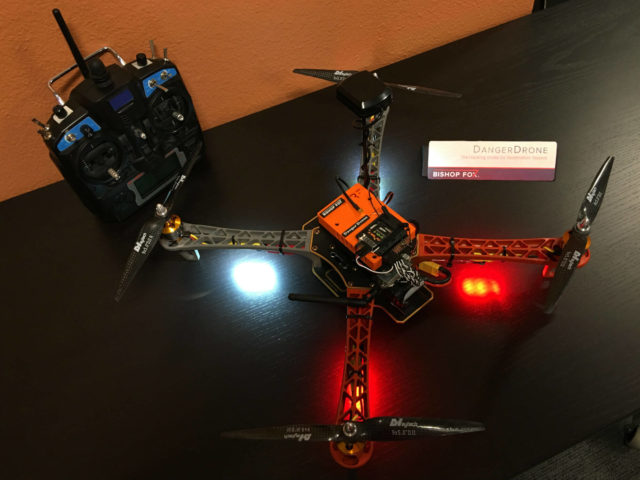 We presented some applicabilities in many domains of drones and today I’ll introduce a new domain where drones are useful. Recently, some guys created the Danger Drone: a quadcopter developed for hackers. The co-creator of the Danger drone, named Brown, calls it: “a hacker’s laptop that can fly”, because it is a Raspberry Pi-based quadcopter with many hacker’s softwares.

I know that the most cyber attacks are made from far away and maybe you think that this drone isn’t useful, but it is. With Danger Drone, hackers will be able to fly over buildings and attacks Wi-Fi networks, or access devices( like smartphones, smartwatches or others).

Brown describe Danger Drone’s applicability like this: “The appeal of drones is that you can fly them over buildings, land on people’s roofs, and attack not just their WiFi and their phones, but their FitBit, the Google Chromecast hooked up to their TV, their smartwatches, their smart refrigerators. A drone would be perfect for attacking them.”

I don’t know many things about hacking, but for me this drone, which costs about $500, seems very interesting.