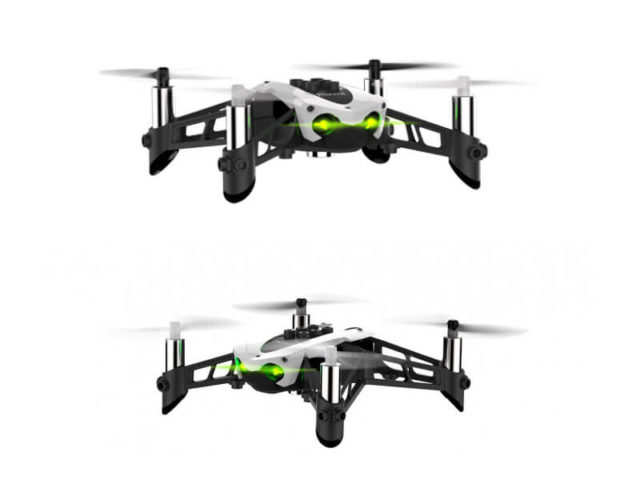 Maybe, you heard about Parrot company. It is one of the known drone producers on the market. The guys from Parrot have developed many drones and now, they created this ready to fly drone: Mambo. 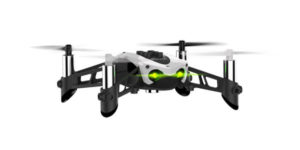 Like we saw before, the drone developers are very inventive and they made a lot of ingenious drones( waterproof, for programmers, and many others). This time, the guys from parrot developed a drone which can shoot with the help of a Cannon launcher.
Another special feature of this drone is that it can grab things. Yes, it has two arms with which you’ll grab small objects. I think that this feature can be very useful for fun. It can be used for games between you and your friends, the single thing needed is to have imagination.

Mambo Parrot Drone Specs and others

I want to specify that this drone isn’t made for taking photos or videos because it has a very low camera( 0.3 megapixels ). It can fly about 9 minutes and can be operated by maximum 20 meters. Also, it has an application for piloting it available on Android and iOS. 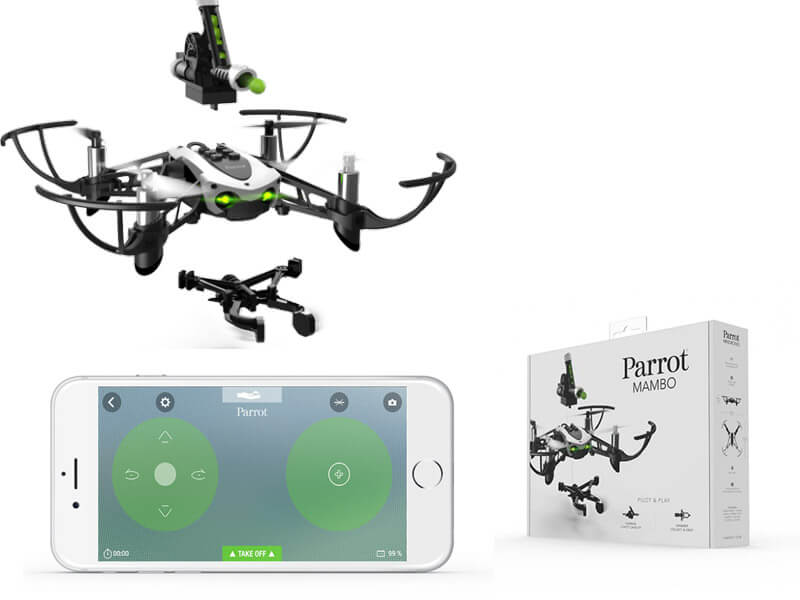 I think that this drone, with its new features, is a drone made for really funny flights and games. I’d buy this drone for memorable time with my family or my friends.