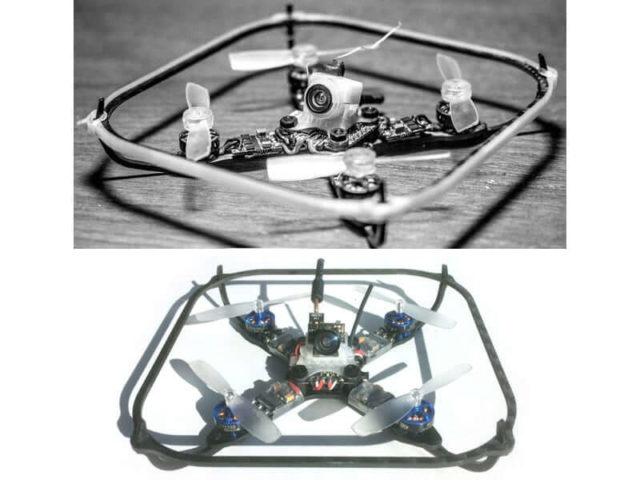 The HoverBot Nano is a tiny drone that is made for indoor flight but it can potentially be flown outside.The main star of the drone is the carbon fiber frame that makes the drone safe to fly and also pretty light. 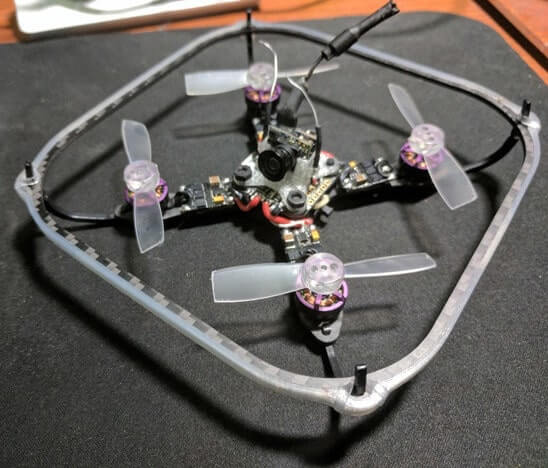 Even though it is small and it might look fragile, don’t be fooled, this thing was tested in order to withstand most crashes. So it is really light and strong, weighing only 40 grams with the prop-guards.

If you go with the recommended parts you will get the best efficiency you can get and the whole thing will stay over 10 minutes in the air. Not that bad. The recommender parts are: 1-2s
individual ESCs in order to keep the VTX as low as possible and protected by the guard links, the vm275t AIO camera because it’s the lightest at 3.3g and the JST-PH to lower weight even more over the standard JST batteries. 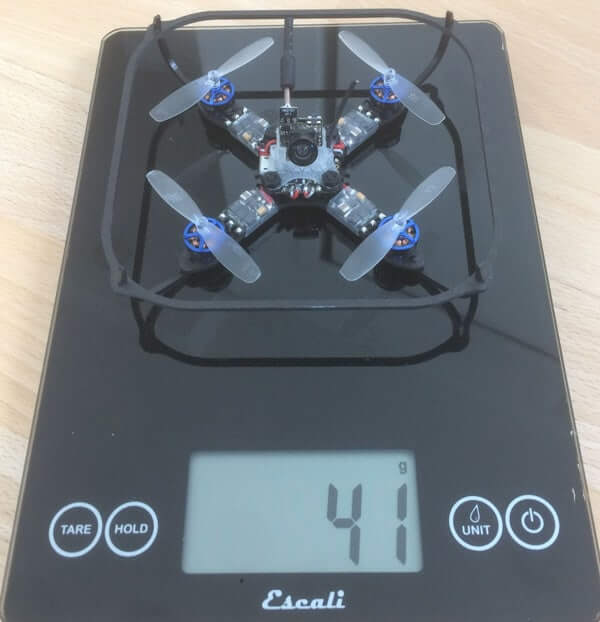 So as you could’ve guessed already, you can customize your drone build pretty nicely and you can even get it to be an FPV feature.

The HoverBot Nano has range of price going from $45 just for the home-baked carbon fiber frame to $225 for the “Line of Sight” build that has no FPV feature. You can get it to have a FPV
for another $25 which is not that much and it can be worth the money. Be careful though, because these builds don’t include the battery and the receiver.

What’s it Good For

Well, you can use it mostly indoors, but don’t be afraid to try it outside too depending on what build you have chosen. In general, if you use the frame that protects the HoverBot Nano, you
are good to go for the outside environment. Even if you crash it, it will be very hard to break it.

Of course, one sure way to make it break is to fly it into trees because the propellers will probably make contact with the branches and have a higher risk of breaking. That being said, this thing is quite flexible, so you can have fun with it, you can show off to your friends, you can take shots and it will last quite long in the air because of it’s light weight.

I like the idea of this drone. It is customizable, lightweight and versatile. So if you’re up for some experimentation, this can be a fun experience. Is it worth the money? Yes and no, that depends on you and if you like the idea. You will break it rarely, so over time it might be worth it anyways.