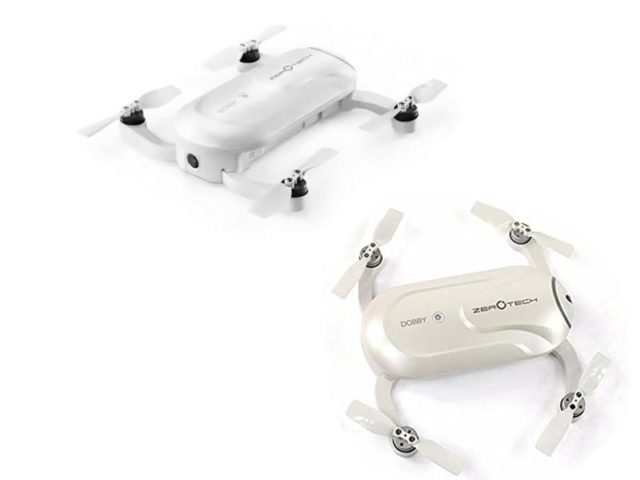 First of all is small, small enough to fit in your pocket and cheap compared to its competitors. ZeroTech Dobby Selfie Drone comes equipped with 13-megapixel camera for snaps and 1080p video recording at 30fps. 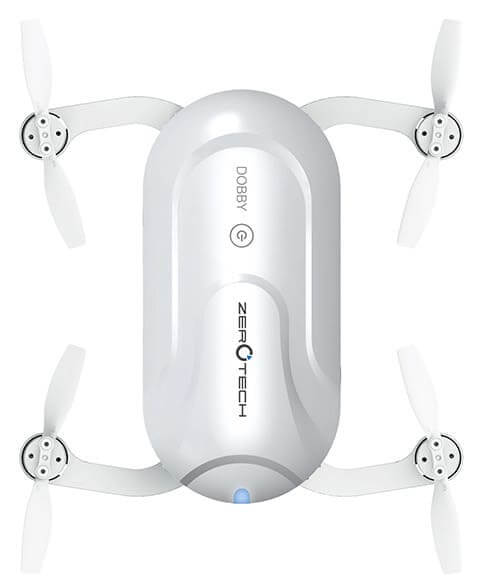 It can fly about 300 meters above sea level, and can be launched from and land in the palm of your hand. Control is handled via an app on your smartphone, and when outdoors the Dobby uses GPS to maintain its position with impressive accuracy.

Reasonably priced, available now for $399 in the US and AU$599 in Australia, is ideal to follow you around snapping selfies for a few minutes,recording wobbly 1080p footage, and only managing to do so for about six minutes before landing. 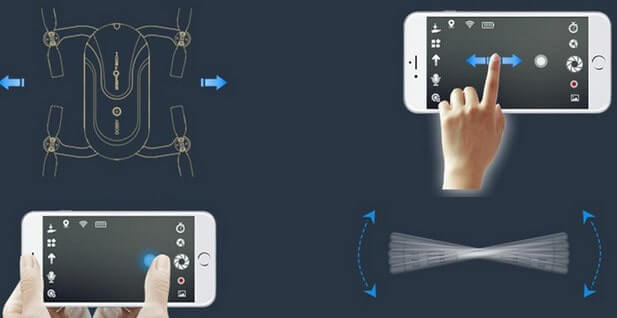 From a brief hands-on time, the target tracking and facial recognition held up reasonably well, and only clipping fingers in the blades once going for the gesture-controlled palm landing. Very impressive is that the live camera feed to the app and touch screen controls made piloting the Dobby a very smooth experience.

As about the companion app, you can also instantly push photos and videos from the paired drone to your phone and out to social media with a couple of button presses.
The cons are battery life and cost – at almost £300, this certainly isn’t an impulse purchase and there are cheaper mini-drones available for those that just want a flying toy. 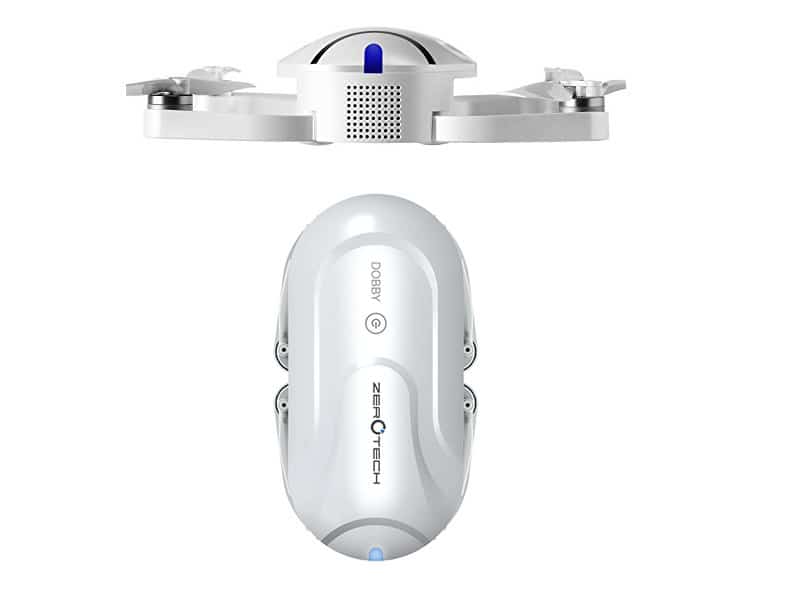 You’ll also get about 9 minutes of flight time from the battery ( fast charging gets you back in the air in about 45 minutes).Those minutes go by very quickly, especially if you’re out and about or have the drone set to follow you on a bike.

Another downside is the lack of side-mounted proximity sensors which mean that the Dobby can’t avoid obstacles such as furniture, light fittings or people, so it should be used with caution indoors.
Optional rotor guards might be a wise investment, since these will prevent the drone’s blades from becoming damaged – or it damaging something else.

However, if you’re looking for a mini drone that can take decent photos, the Dobby Drone is a solid choice. The ZeroTech Dobby Drone is a great at everything from impressive aerial shots to hands-free selfies and video. Impressively for such a small device, is the performance and stability when in the air.