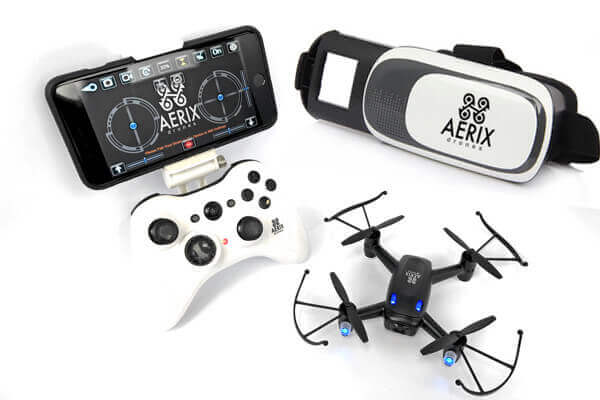 The NEW Altitude Hold feature, eliminates the regular need for manually maintaining altitude, leaving the pilot more time to focus on directional and rotational movements and flight.
Everything you need to get started flying and recording in 720p HD video is included in the box, even the MicroSD Card and reader!

Video is recorded to the on-board micro-sd card AND the smartphone being used to live stream flight, making editing, sharing and playing back videos incredibly easy to do. 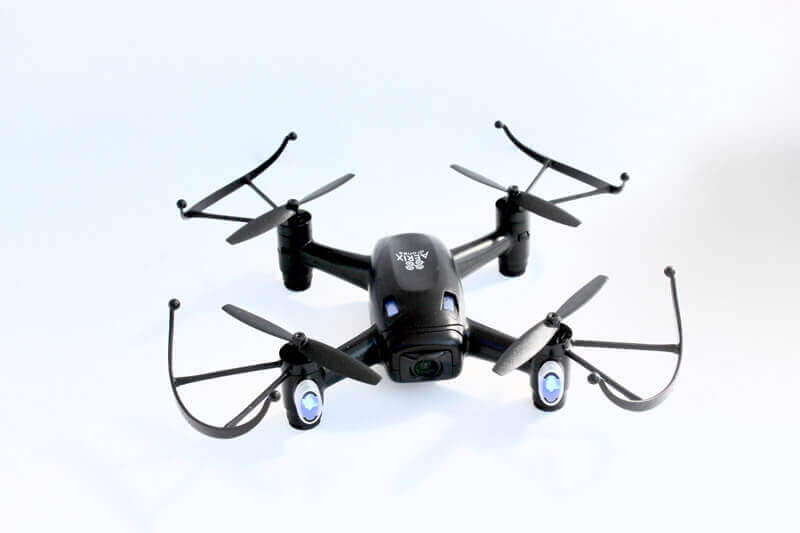 The two, original Talon and the Talon 2.0 take 720p video at a resolution of 1280 x 720 pixels, the Talon 2.0 has an additional feature, sending this video to your smartphone over the Wi-Fi connection. The original only showed a preview on the screen attached to the controller, while the new model replaces this with an app (Android and iOS) running on your smartphone.

Video quality is also much revised, with much better detail and cleaner, brighter colors. Still, I noted a distinctly jittery quality to the video when maneuvering, caused by the camera vibrating. Like another remark, the sun turned black when it was in view, a common problem with cheap video cameras when the brightness overwhelms the sensor.

This drone’s footage is nowhere close to the 4K video from drones such as the DJI Mavic Pro or the Phantom 4, but those models cost four times as much as the Talon 2.0.

Videos are recorded to the SD card that fits into the drone (it comes with an 8GB card already installed). But they can be easily downloaded to the smartphone with a click in the app, and uploaded from there to Facebook or other social media.

Talon 2.0 Has Small Battery And Don’t Last Too Much

Unfortunately, the Talon 2.0 uses 520-mAH ,the same small battery like the first Talon, and we found that this battery don’t offers more than 4 to 5 minutes of flight time. Aerix hopes to get around this by the addition of an optional $25 charger and battery kit.

This kit consist in two spare batteries and a USB charger that can charge two batteries at the same time, taking about 25 minutes to charge. So,the one thing I would suggest is that you buy several batteries because it does not last very long and you will want to keep flying right away after the first battery dies.

The poor quality of the video on the original Black Talon was one of our main complaints about that otherwise nifty drone, and version 2.0 has done a lot to address the issue. Unfortunately, we still managed to get only about 4 minutes of flight time out of the small battery inside the Black Talon 2.0.

Although the optional battery and charger kit go some way toward addressing this, the short battery life is still a problem. Still, the Aerix Black Talon 2.0 is good for those who want to get into drone racing without making a huge investment.