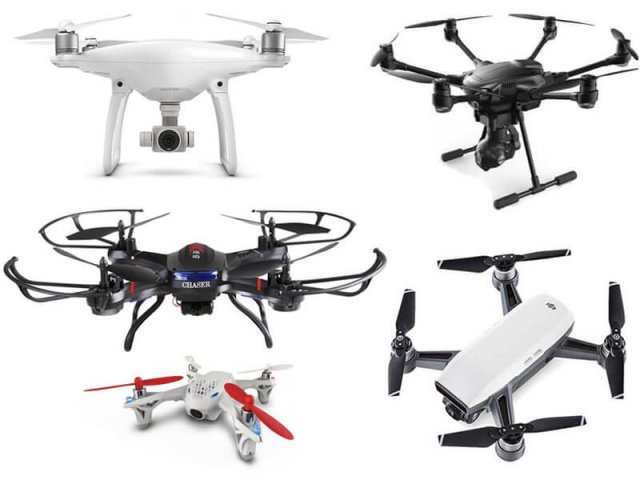 Camera drones are pretty popular since there are a lot of people that want to do short videos and mark the moment, or they want to just have fun and of course there are those who do this for a living. So it’s quite hard to get a drone that is well suited for everyone. There are some drones that are very well balanced, but in general you will see drones targeted for certain groups of people. So let’s see if I can help you with a little bit of categorizing and and some examples. 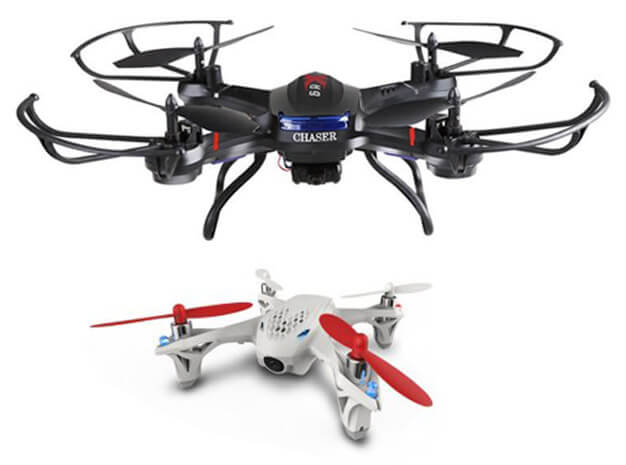 Cheap drones for making videos are easy to find. The hard part is finding one that is actually good and useful. I have to say this though. If you plan to do professional videos and you don’t have enough money to buy a more expensive drone, you should wait a bit and add some more money to the budget, or you will probably have a bad time. I know that sometimes it’s hard to wait, but it’s worth it in the end.
If you just want to do some fun videos or capture some nice moments from your life, then a cheap drone could be suitable.

Holy Stone F181 Drone has a bit of discount right now on amazon, so if you have the money, then you probably should consider it. It does some really decent videos and is well-balanced overall. It has a one-key- return feature, headless mode, altitude hold and 360 degrees 4-Ways Flip if you want to also do some tricks.

The altitude hold is quite important here, since videos would be far worse without it. The flight range of this cheap drone is about 50-100 Metres and the battery can last for about 8 minutes. Also, you get 2 batteries instead of 1, so you can have more flight time available. 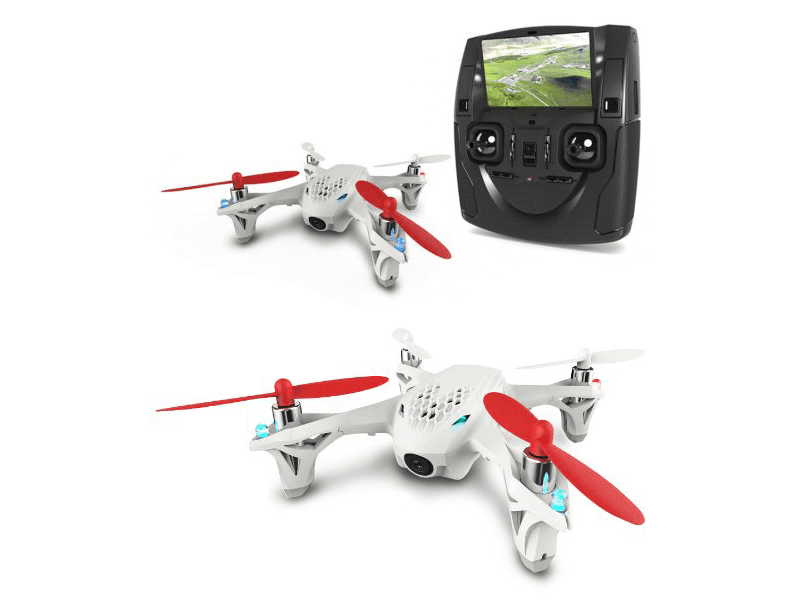 The Hubsan H107D X4 is a quadcopter with FPV camera and it is considered a toy. The drone is even cheaper than the one before and even though the video quality might be a bit lower in quality, it is still good enough for people who just want to have fun or capture a cool moment.

It has a flight range of 50-100 metres and the FPV video stream has a range of about 100 metres. Other than that, you get a some basic features and that’s all. So if you want to buy this drone, you can do it for the FPV and because it’s cheap. It doesn’t have altitude hold, so expect some jiggly videos.

Now these puppies should be good enough for semi-professional and/or professional video creation. Now there might be some debate, since some people have specific needs and they might be a bit picky, but objectively looking, these are the kind of drones that you would take for more than having fun and capturing moments. 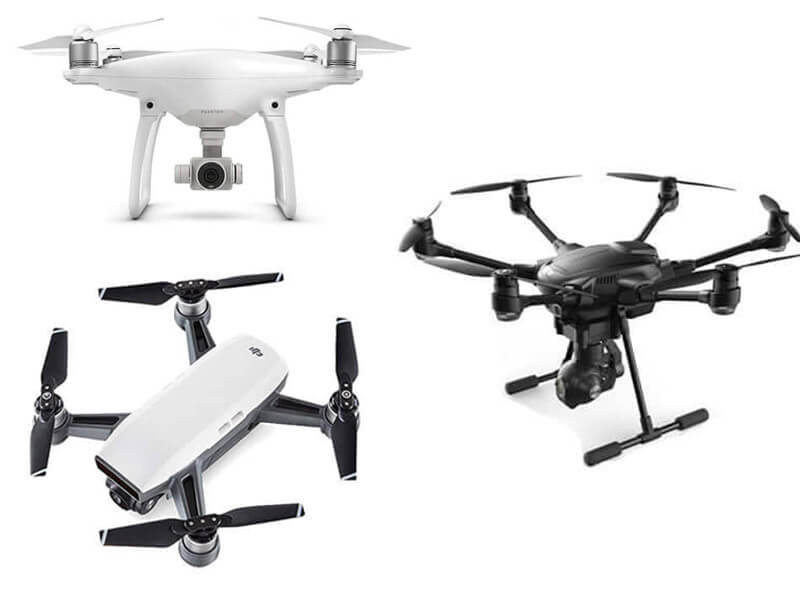 So let’s see which are some of the best drones with camera. I’ll try to cover a bigger budget range with as few drones as I can. You might find something in between, but these seem to give the best performance to price ratio. 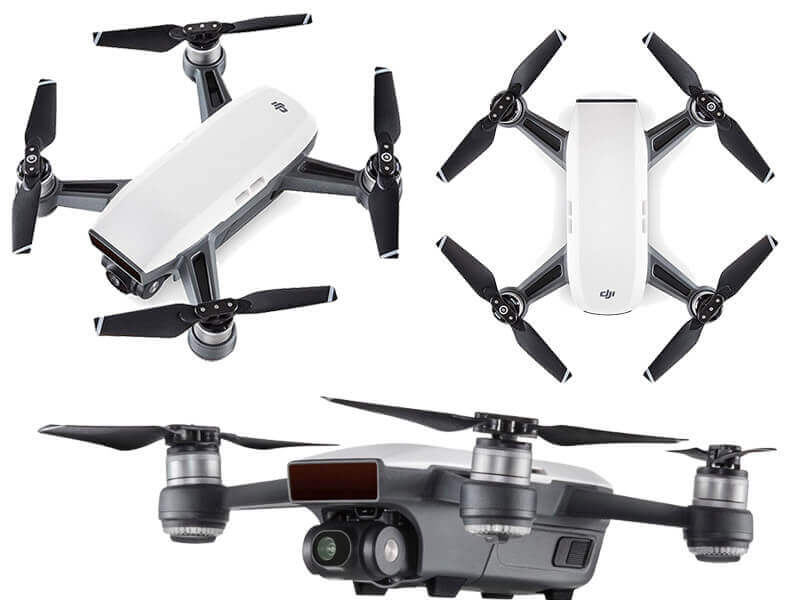 From the DJI line-up, the DJI Spark is cheapest and newest drone you can get. It’s small, it’s cool and it surely does it’s job. It has most of the features that a high end drone should have, but it’s small and portable. Sadly, the Spark is capable of 1080p only, so if you are planning to make some 4k videos, then you should look for another drone. But if you’re satisfied with Full HD, then this could be the deal you have been looking for. Also, it should be good enough for some drone photography, if you’re into that.

Even though it has an affordable price (compared to other drones) you get many intelligent flight modes, obstacle avoidance, 2-axis gimbal stabilization, excellent flight performance and a compact design. I think there is no need to say it, but the video quality of the camera is very good. You get around 16 minutes of flight time and you need 45 minutes in order to charge the battery back. 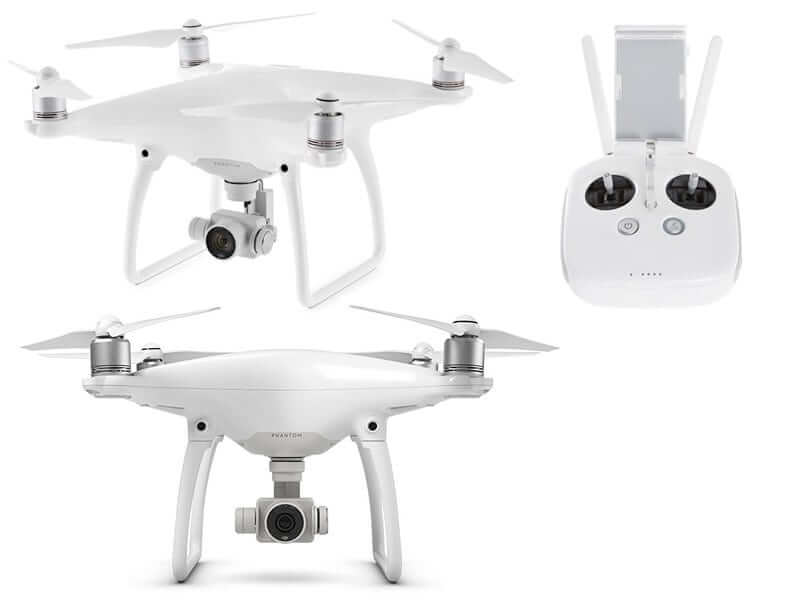 Now this is a bit more expensive drone and a bit older, but it surely does its job and the god part is that you can take videos at 720p, 1080p, 2.7K or 4K. This should be enough for most cases, since it has most of the features a good video would need and it isn’t super expensive. Of course, it shoots some great videos and it can last around 23 minutes in the air. There is nothing much else to say about it.

Other features such as obstacle avoidance, stabilization and the fact that it will automatically land when the battery is too low can be considered pretty useful. 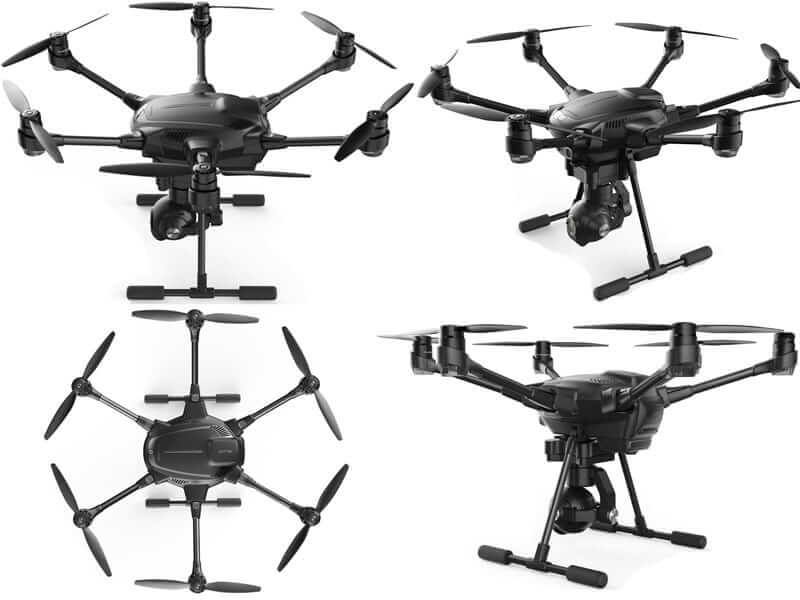 The Yuneec Typhoon H Pro is a drone that tries to have it all. It can shoot videos at 1080 and 4k and it also has remote control with dedicated LCD. It can be a good choice for some professional drone photography, but it can also shoot videos with amazing quality.

A bad thing about this drone is that the battery allows you to fly only around 19 minutes and the obstacle avoidance system works perfectly only at lower speeds. In any case, if you see some of the videos you can take with this thing, these cons will not weigh in that much.