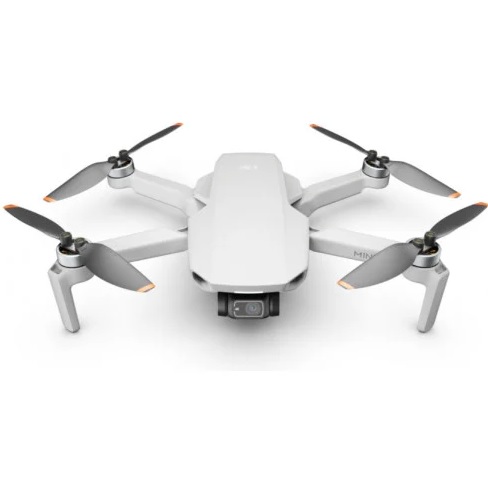 Everyone who owns a DJI Mavic Mini 2 has great feedback about the drone. The Mini 2 is an improved version of the regular Mavic Mini. All the developers at DJI did their best to bring this little flyer to it’s best potential. And they released the Mini 2, which has everything that you might want from a drone. First of all, it’s built with a 4K camera, a 10 Km range, 30 minutes of flight time.  But then why would anyone want a DJI Mini 2 Alternative then?

Usually, when we talk about a big brand like DJI, just the name will cost you. This means that you can buy other drones, from less known brands that can provide you the same but will cost less. Or maybe you will need a more professional drone, and you’re willing to pay even more for those extra sensors or intelligent flight modes.

These are the main reasons why someone would need a DJI Mini 2 alternative, and we will provide you some answers so you can find the very best drone for yourself.

One of the best Mini 2 alternatives is no other than the Ruko F11. This drone also has a 30 minutes flight time and a 4K camera. But it’s range is only 1.2 Km. If range isn’t something that bothers you really much, you should go with this option, because it will cost you less.

The 4K UHD camera on the drone will let you capture footage at high resolution. The camera can also record 2.7K or 1080p at a higher frame per second ratio. The field of view of the lenses is 120-degree, which will give you an optimal viewpoint so that you can record everything you need.

The other downside other than the range is the lack of obstacle detection sensors and gimbal stabilization.

This is probably the best cheap alternative to the Mini 2. The Contixo F24 Pro is foldable which in my opinion is an absolute steal. If you’re looking for a drone, it should be definitely considered by you. This quadcopter also features an excellent 4K Ultra HD Camera that is remotely adjustable with a 120° FOV lens. The drone can record images in 4K, and 2.7K in videos.

As for the flight features, the drone was built with an Intelligent 25000 mAh battery which can give the drone around 30 minutes of flight time. The range is similar to the Ruko F11’s one, but it’s slightly better, it has 1.700 feet.

The drone also comes with features such as follow-me mode, gesture control, orbit mode. These are some basic but useful features, having these you will be able to take amazing photos and videos without an effort.

Xiaomi is a well-known brand that produces all kinds of tech-related products, which includes drones as well. One of their best quadcopter released is the Fimi X8 SE. The drone has a 4K camera that is supported by a three-axis gimbal. It also features a foldable design, just like the Mini 2.

The drone has a very small build, with only 204x106x72.6 millimeters when it’s folded. This dimension is super practical because you will be able to transport the drone almost anywhere. The drone weighs around 790 grams, so you will need an FAA registration for it. The drone has a slightly more flight time than the Mini 2. It can fly for around 33 minutes

If it comes to Mavic Mini 2, we should mention it’s older brother as well, the first Mavic Mini. This is a cheaper alternative, that can do less than the 2. The drone has a weight of 249 grams, so it doesn’t require an FAA registration. This is a great aspect for those who are not into professional air photography because it requires less paperwork.

The Regular Mini is smaller and lighter than the Mini 2. Currently, the Mavic Mini is the cheapest drone you can get from DJI. The drone can fly up to 30 minutes and has a flight range of around 4Km.

The drone has only a 2.7K camera, which less than the Mini 2. However, most day to day used devices can play only in 1080p, so this should be a problem.

So there you have it, a list of the best alternatives to the Mini 2 drones. On the list, you can find drones that are better/expensive or worse/cheaper than the Mini 2. However there are no big gaps between the drones, they are pretty close to each other both in price and specs. The purpose of this article is to open up your eyes, to see that there are other options for low-budget drones.