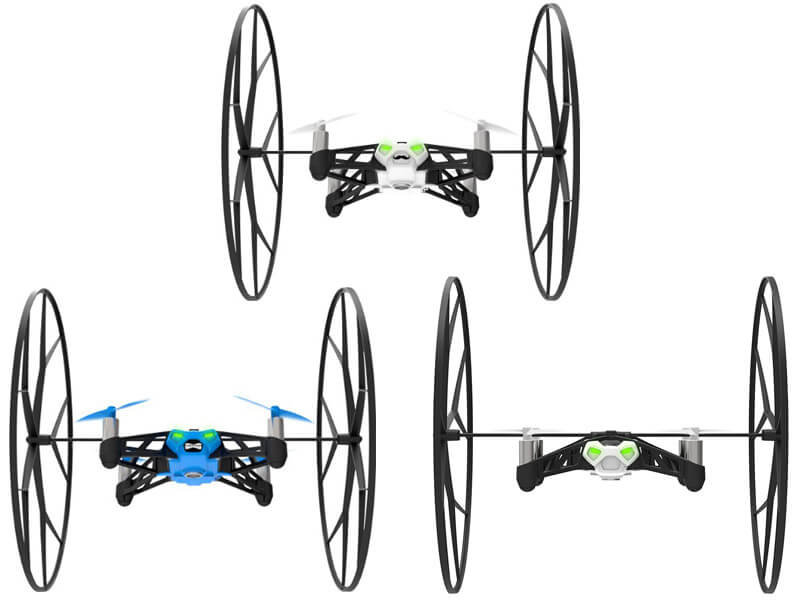 The Parrot Rolling Spider Mini Drone is an ultra compact drone that can be controlled only using your smartphone. It can be used both indoors and outdoors, with surprising stability and speed. To make acrobatic tricks available you’ll have to get the free app for MiniDrones FreeFlight 3. This quadcopter has a diameter of 140mm, with 55mm propellers and motor spacing of 85mm. 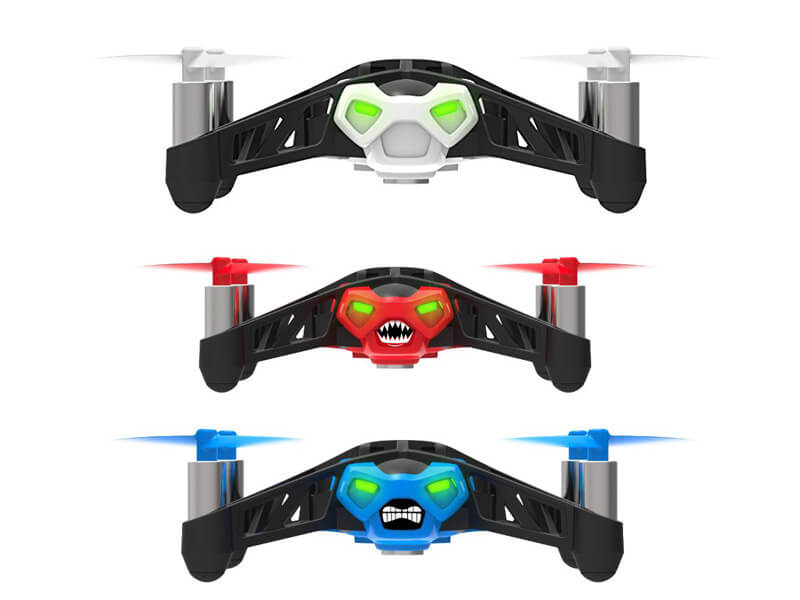 The 55g tiny quadcopter will take off and hover on the spot with a touch of a button and it would maintain its height and balance even when pushed against. It can roll along the floor and the ceiling, without damaging anything if it crashed onto it, thanks to the large and flexible wheels.

The drone features a camera that is built underneath, but it is mainly part of the sensor system that has combined an ultrasound sensor, a gyroscope, an accelerometer and a pressure sensor for measuring altitude. It can take low resolution photos, but they are shot straight down. 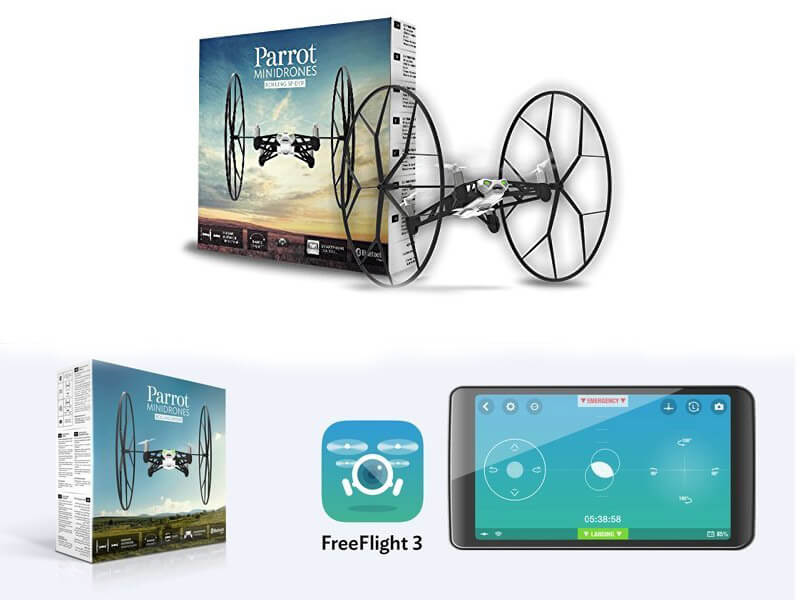 The package includes the Rolling Spider, one battery, two wheels and one axis, one micro USB cable, one set of stickers and the quick start guide. Before attempting to use the drone, you should recharge the battery.