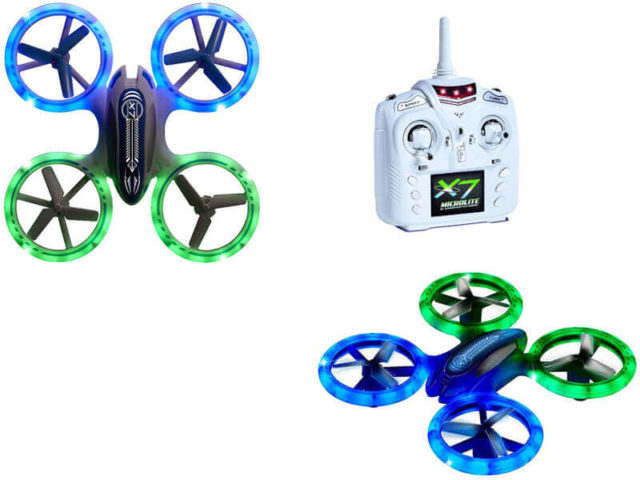 There are many drones out there that are special in their own way, but the Odyssey Toys X-7 MicroLite Quadcopter is among the most special. Why? Well, this drone is glowing and at nights it looks just like a small UFO. How is that? The LED lights of this drone are what make it so special, the drone glows beautifully in a red and green light and at night it can give quite the sight when it’s flown high. 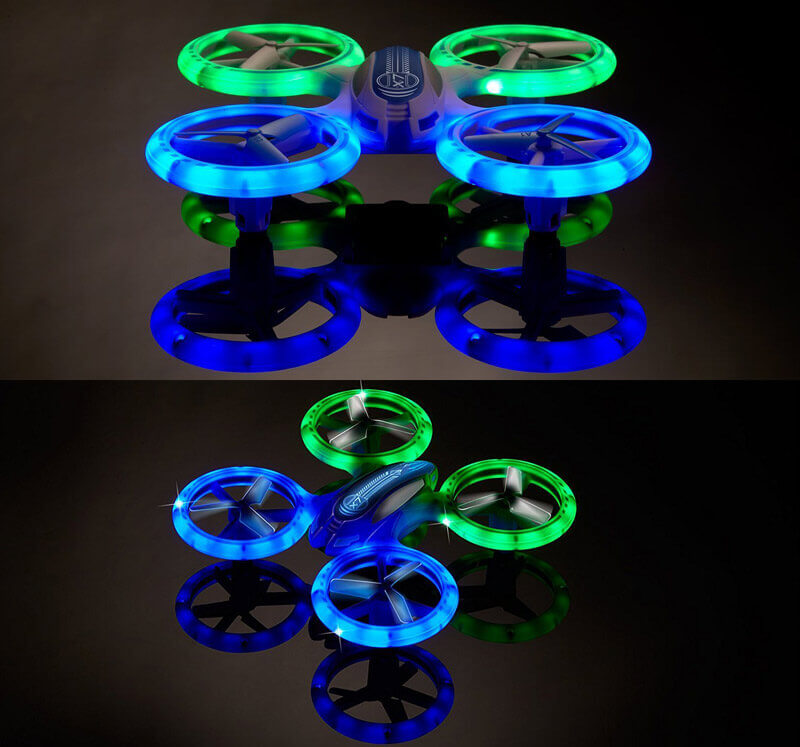 This drone is extremely light and it can be flown quite easily. The propellers are protected by guards so they won’t get damaged if the drone crashes into something. Its case is resistant to crashes, but that doesn’t mean you’re going to knock it against walls or whatever else.

You can fly this tiny drone both inside and outside, but if you fly it outside you might be careful, if it’s too windy it might knock the drone off and you might lose the control over it. It’s not a racing drone, so don’t expect it to have some high speed function. It’s just a regular drone with regular speed, but it’s stable when it’s flown on a fair day with no wind.

The battery of the drone is quite good, 3.7V 500mAh giving the drone a flying time of about 7 minutes. It takes about 45 minutes to recharge the battery so you can continue flying this tiny fellow. The USB charger provided with the drone gives it the fast charge of 45 minutes.

Odyssey Toys X-7 MicroLite Quadcopter is a good drone over all. It’s fun, colourful and easy to fly and bring around. You can take it anywhere with you since it doesn’t occupy that much space. Order yours today, it’s available on blue and green and red and green (LED colours). The price is quite reasonable, only $56 and you can find it online. 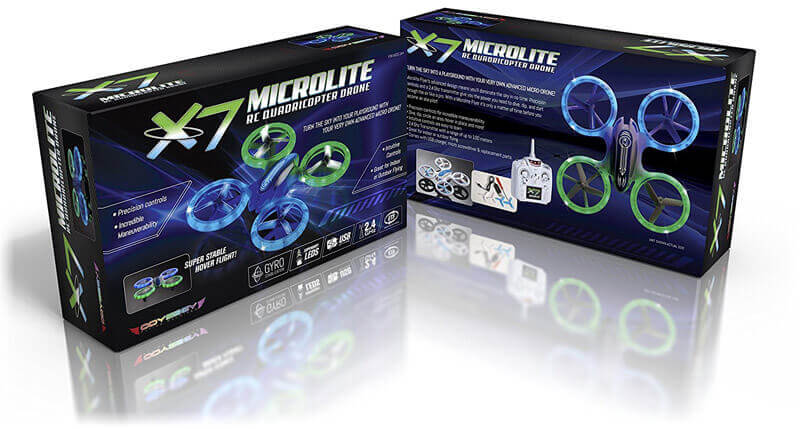