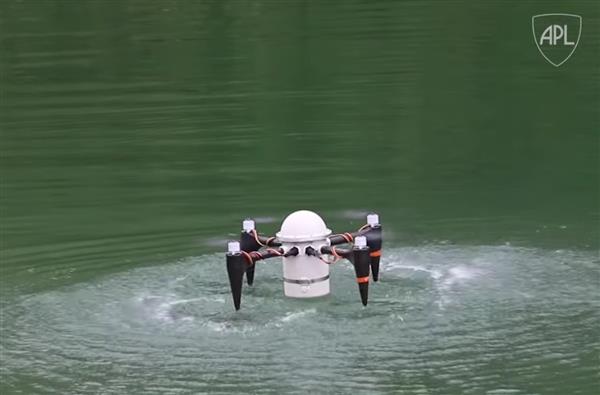 APL (Applied Physics Laboratory) researches have developed an innovative unmanned aerial vehicle that can stay on station beneath the water, then launch into the air to perform a variety of missions. APL engineers have long worked on both submarine systems and autonomous unmanned vehicles. In response to sponsors they have created an submersive UAV that works underwater and in the air. It’s ability to operate in a harsh environment enables a wide array of potential missions. Cracuns aerial vehicle can remain and launch from a depth of a few hundred feet without needing metal structural parts or machine surfaces. 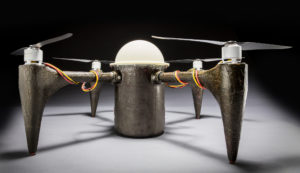 To make that possible the team had to overcome 2 big challenges first the APL team leveraged advances and added manufacturing and novel fabrication techniques creating a lightweight submersible composite airframe and pressure vessel at low cost.

The second significant challenge was to ensure that Cracuns could operate in corrosive salt water environment so the team designed the UAV to keep as many components as dry as possible for some parts that couldn’t be enclosed like the motors APL applied protective coatings , testing their performance by emerging the motors in salt water , after 2 months the motors showed no sign of corrosion and continued to operate while submerged , the resulting prototypes meant or exceeded the teams expectations.

Cracuns succesfuly demonstrated a new way of thinking about the use and fabrication of unmanned systems . It now gives sponsores and researches acces to possibilities that were off the table and the low cost makes it expandable , aligning for the large number of vehicles used for high risk areas. Cracuns has drawn acolytes from inside and outside APL. In 2015 Cracuns took the stage of an example of the best innovative UAV thinking during the recent speech by secretary of the navy Ray Mabus.

And for the conclusion I just want to tell you the full meaning of the name Cracuns-Corrosion Resistant Aerial Covert Unmanned Nautical System because I am sure that it is a name that will be remembered.