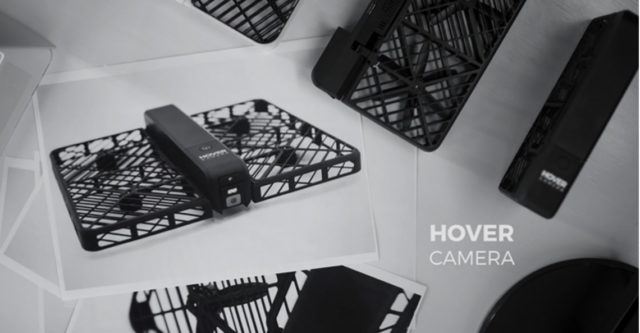 Zero Zero Robotics introduces Hover Camera, a drone that is not only compact, but also safely: the propeller protective cartridge design.

Hover Camera is a folding drone with an elegant design that is very similar to an old-fashioned tape (ie tape).The flying camera has a special carbon-fiber frame which ensures that the air has a free hand, but the propellers are completely protected.Thanks to this protective propeller design, a user can always grasp the drone safely. 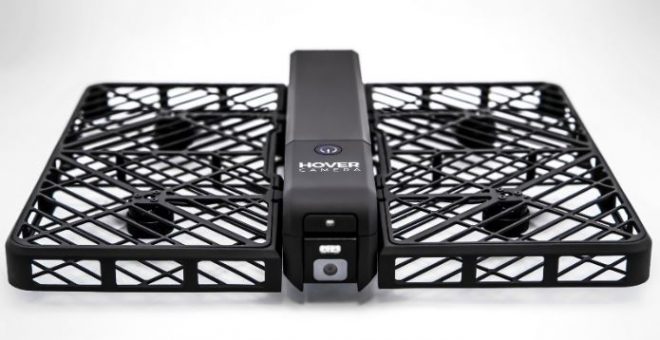 Hover Camera lets you loose in the air and with optical and sonar sensors, the camera continues to hover at a fixed point.Through the iOS or Android app a user can determine the exact position of the Hover Camera. The device can fly up to 50 meters high. 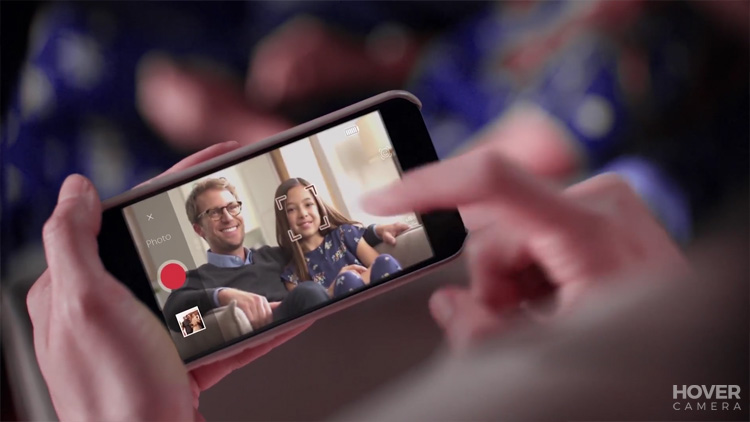 Hover Camera features a Qualcomm Snapdragon 801 processor, which you can find in smartphones like the HTC One M8 and Samsung Galaxy S5.The onboard computer is able to analyze its environment and recognize bodies and faces.Even without using your smartphone Hover Camera will be so positioned that a good shot is made with faces of those present at the center.

Hover Camera positioning itself not only good, but is also able to track an object. The built-in camera shoots 4K Ultra HD video and 13 megapixels photos.

The Hover Camera flies around 7 minutes on a full charge.The battery sits at the top of the device and is easy to change so that the flight can be easily extended with a new battery.

Remarkably, the manufacturer of the product dubbed “Hover Camera” and does not speak of “drone” or “quadcopter. On the one hand to be distinctive and not another drone, but on the other hand to stop the product in the sensitive category drone.

Since the Hover camera weighs less than 250 grams, the drone does not require to be registered with the American Aviation Authority (FAA).

Zero Zero Robotics, a startup from Beijing, hoping the first series Hover Cameras to have this device in the autumn of this year, ready for shipment.The expected retail price will be around 600 euros.