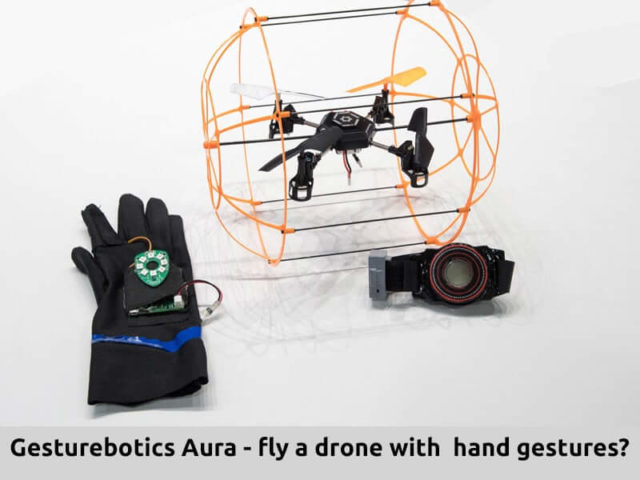 Drones have been around for some time already and the things remained the same mostly. You control the drone either through a controller that isn’t always easy to lean or by using an app on your smartphone. In the near future, the boundaries may be pushed further with the coming of the Gesturebotics Aura.

Aura is a toy drone that will be controlled by the Aura Glove. All you have to do is to put it on your hand and start experimenting.

This product was on display at the New York Toy Fair 2017, so it will not be available that soon, but we still can speculate a bit about how good it will be. A good thing about the drone is that it will be very hard to crash. It has a frame that protects it from breaking down in a crash, so even if you don’t handle it well, there is no need for panic because the frame will probably protect the drone pretty well. 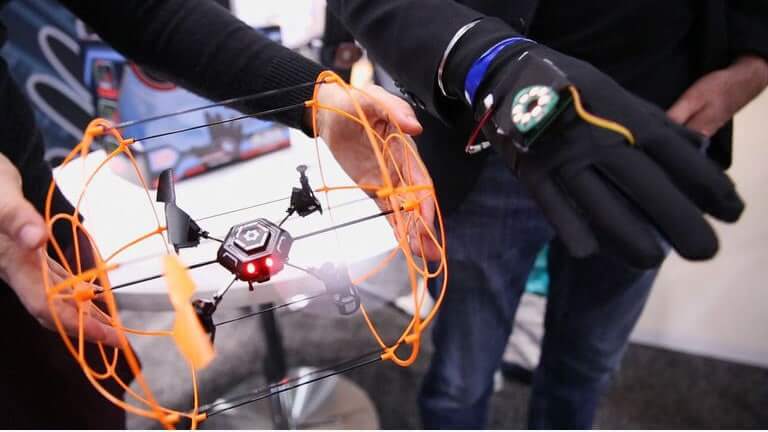 Is it a good move to replace the basic controller with a controller? The answer to that is yes and no. Basically what you’ll get is more flexibility if you use the glove. Everything should feel more fluid and you will be able to control the drone better in the long run, but that depends a lot on how the idea is implemented. Also, for some, the classic approach will still be the best because you get more stability with the basic controller.

The Aura is currently being produced and it will cost around $100. It will probably be on the market around the end of the summer or in the beginning of the fall. I hope this will be a success and that they will also put some effort into making it qualitative.

The Gesturebotics Aura looks great and it sounds like a good idea, so we’ll have to wait and see until it will be hitting the market. The company behind this drone seems pretty confident that it will have an impact on the toy market, so I’m guessing it will probably deliver what they said it will. All in all, I want to see this product succeed because it will be a step in the right direction for better drone controllers.