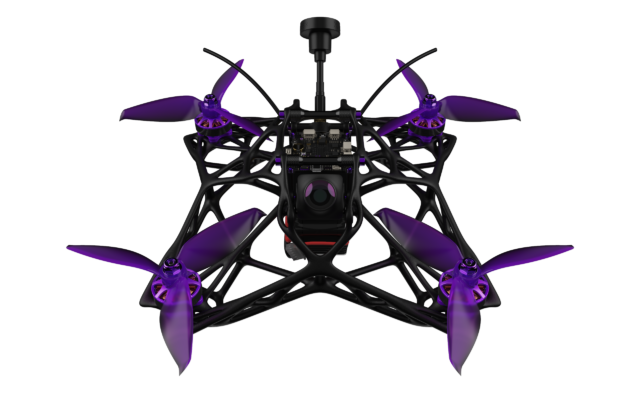 The 21st century is all about breaking records, limits, and borders. With brand new technologies, we are now able to reach to the sky and even beyond. Literally and figuratively as well. And what’s even better is the fact that most of these new technologies are electronic-based without polluting the air. Like the Tesla cars, who are fully electric cars, now can achieve incredible speeds.

For example, the Tesla Roadster can achieve a speed that beats even a Bugatti Chiron. A Roadster can take up to a speed that gets to 60MP/H in just 1.9sec. Which is an incredible speed from an electric car? And you know what’s even mind-blowing? The Helyx FPV Quadcopter by SIGMAINGEGNERIA can beat even that speed! Yes, that’s right. This little aircraft can achieve an incredible speed due to its aerodynamic built and powerful motor. If you want to find out more about the secret of the aircraft stay tuned.

The Helyx Drone which is an Italian design company and Sigma Ingegneria a manufacturing company, forged its powers for one purpose. They want to create one of the fastest FPV (First Person View) drone. For this, before making the drone manufacturers studied well the aerodynamics, weight, and strength in the Formula 1 cars where these ingredients play an incredibly important key role in the design process.

This incredible and unique web-like cage design which is called “skeleton” by a lot of people is a really carefully and precisely built skeleton. This design is responsible for every part of the aerodynamics. To have an optimal upper mass, a center of gravity and lower mass as well. And all of this weighs only  87.5 grams and measures 20 x 20 x 10 cm. This allows the drone to fly at a max speed of a staggering 208km/h with an acceleration of 0-100km/h in 1.2 seconds. So yes, it can fly faster than a lot of sports cars.

SIGMAINGEGNERIA artwork fuses all the critical aspects of the design of a drone, with structural pillars, landing gears, bumpers, and load distribution built right into the drone’s singular skeleton. And this skeleton was made out of a bio-based component via a 3D printer using the HP Jet Fusion printer. Before settling on the final Helyx design, Three were made three prototypes. Also to be the best the drone was tested by the best, no other than FPV champion Guiseppe Renaldi.

3D printing and electronics accompany one another in many different forms today, offering scientists, engineers, and users on so many levels an incredible opportunity to create new things for experimental causes. Creating prototypes, parts, and entire systems are not a problem anymore like it’s been before. But that’s not all, it also offers benefits such as greater affordability, speed in production, and the ability to create at will without having to wait for another person, 3D printing means that users now have freedom never before experienced in manufacturing.