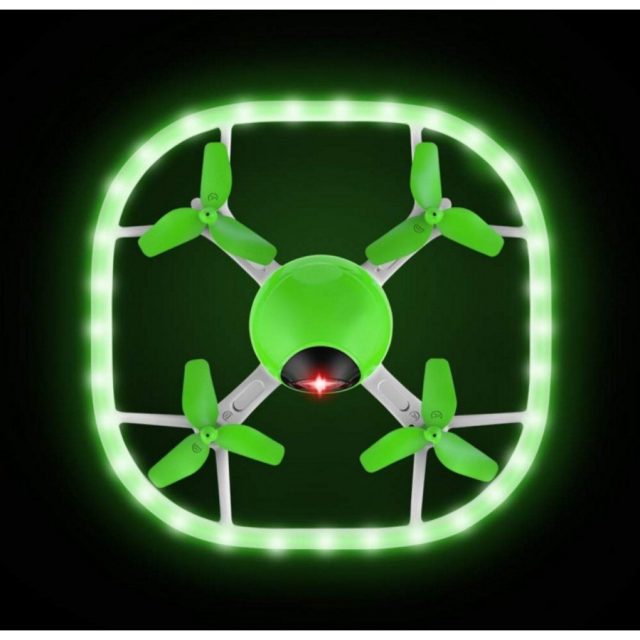 The perfect drone for children

Potensic is known for creating a variety of drones. They are usually copies of other drones for bigger companies, like the DJI. For example, the Potensic D58 and the Potensic T25 looks pretty much like the DJI Phantom 4. Which is not a bad thing if you are not a specialist in the drone world. You get pretty much the same design for a lower price, and of course a lower quality in both of the camera and smart flight department. But if you’re not a professional drone user who uses drones for living this shouldn’t be a problem for you. Cheaper drones are great to learn the basics of flying a drone.

But the U51 UFO is a whole other category. This drone is made for children with a passion for drones, or with cool parents who want to offer this drone as a gift. The drone is super safe for everyone and has a childish look. And what’s the best is the fact that is coming with an affordable price.

As I told you the drone has a childish look because of the rounded style. The body of the drone is a ball, and even the guards are rounded. But this is perfect for a child. It comes in 4 colours: red, yellow, blue and green. The colours that the drones come with it’s also pretty vibrating and childish, but at least it will be easy to find it when you fly it outside. The 360-degree guards come with an LED row all around that lights in multiple colours. This aspect of the drone is well-conceived and it looks pretty cool. Probably this is the main factor why the drone is called UFO.

On the top, there is a little ball-shaped object where the camera should be. But in this drone there is no camera at all, inside that ball, there’s just a LED that lights in Red when the drone is turned on. The power button is placed on the bottom of the drone and the charging port is on the rear of the drone.

You can find instructions about the charging option on the back of the box. Because you only get a cable you can charge the drone with pretty much everything that has a power source and a USB port, I’m talking now about wall chargers, powerbank, a computer or even in your car. The cable provided alongside the drone can show you when the battery is fully charged. There is an LED on the USB side of the cable which is red while charging and switches to green when the battery is fully charged, therefore you won’t overcharge your battery and will have a longer life.

The controller which is included in the box it looks like a mini version of an Xbox controller. The controller is really lightweight and small. It’s just perfect for a child’s small hands, an adult might face some difficulties while using it, but it’s not impossible. The controller need’s 3x AAA batteries in order to work (the batteries are not included). In order to pair the drone with the controller, you have to pull down the joystick placed on the left side. You can do a lot of things with the controller, like change the colour of the LED’s or to switch between the speeds. All these Infos you can be found in the users manual which is well written and has a lot of images.

While the mini drones can’t really face the outside condition. This little guy is pretty tough when flying it outdoors, it can resist even smaller winds as well. Therefore you have the option to fly it indoors and outdoors as well. The drone is really responsive to all of the commands. It has a few characteristics that help the young users to find it more enjoyable. One of these is the altitude hold, you can let go of all of the joysticks and the drone will be still in the air.  It has 3-speed options. You can start it at a low speed until you mastered all the controls of the drone. An last but not least you’ll find a button for auto-landing as well.

If you gift the U51 UFO Mini Drone to a child’s perspective it’s just perfect, it has everything a young person might need. If you watch it from a parent’s perspective it’s perfect too. The drone is cheap, won’t break anything and it’s easy to learn how to fly it. And basically that’s everything a parent might need. So if you haven’t found out what to buy you children for Christmas, you may consider it

If you’re interested, you can check out Potensic, Amazon, and TheDroneFactor to find the best price.