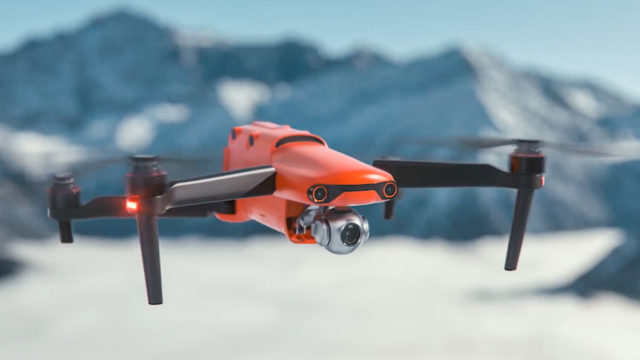 Not long ago we did a review on the Autel EVO 2. We were truly amazed by how technologically advanced that the drone was. The manufacturer said the shipping will start from January but now they published that the drone has some failures. So the  Autel EVO 2 Release Delayed After A Bug, which means the shipping will start only from March. Some vloggers and video makers still got the drone before they realized the bug, so you can see reviews about the drone from the youtube channels: FlytPath or Tom Tech’s Time.

So you may ask that if they already gave it out is it really that bad, or they just want a utopic drone? Is it a bad move from the company that they announced the production so hastily or they did the right choice? Are they playing with the trust of the customers or they want to ensure the reliability of the drone? After this article, all of these questions will be answered.

Maybe you forgot about the Autel EVO 2, no problem, we got you. Let’s see a quick summary of the specs of the Autel EVO 2. First of all, this is supposed to be the first foldable consumer drone which is able to record in 8K. So it was a pretty huge deal for everyone. And not just that, they announced that the drone will be able to fly up to 40 minutes. Also, the drone was able to fly with a speed of 45mph and up to a 5.6 miles range, which is pretty impressive. And the speed wasn’t really a problem because it has 12 obstacle avoidance cameras. It has a standard 8GB storage in the drone, and you can upgrade that to 256 GB with a memory card.

This all sounded too good to be true right? Well, maybe it was.

The Autel came out with a statement about the problem, and it looked like this:

First, we want to thank all of our fans and followers. It doesn’t matter if you just follow one of our social channels, or if you fly our products every day. Your support and enthusiasm have always kept us going here at the Seattle office.

With the announcement of EVO II at CES, the response has been absolutely crazy. This community is exploding, and we thank you for your patience with us as we are still trying to catch up on responses.

We also want to be as transparent as possible and give you all periodic updates on the status and availability of EVO II. That way you have the most up to date information straight from us and not just rumors.

Our goal at CES was to get the initial units of EVO II (8k) into the hands of dealers by the end of January. Unfortunately, during production, we found a bug in our software that could limit flight performance under normal operation. Instead of shipping the hardware with a known issue and forcing users to perform day 1 updates, we have decided to delay the rest of production and shipments until we have resolved the issue. Our projected timeline is to have EVO II available for purchase in March. This is not a set date or time frame, and things can always change. But with the information we have today, that is our goal.

The team in Seattle is very small and we are adding channel support as we can. We are looking to start up our website newsletter again in the next few weeks. So for any future updates, please check our website, the official social channels, and emails coming directly from us.

We thank you for your patience. If you have any questions please do not hesitate to get a hold of us at [email protected]

Thank you all again and fly safe!“

So all of this means that maybe you can get the drone after March which is a pretty big time period, and we still don’t know the exact problem of the drone. However, this is still a sign of maturity from them. When they released the first Autel EVO, they didn’t announce the production and CES and it came out only in midsummer without any pre-announcement from the company. In my opinion that was a cowardly move from them. In this case, even if they aren’t sure about the exact date they at least said something.

Probably this date is a bit after the time they will resolve the problem so they can have time for tests and experiments. So even if they made the same mistake by delaying their product they evolved in their communication with their customers. Probably they got a lot of mail and questions about the product so they decided that rather than answering every mail they make a public announcement. Don’t forget that we talk about a small company in America, they didn’t go to china to make mass production, which is respectable.

Also, it requires great courage to say that “yeah, our product has a problem, we found a bug so you will get yours a bit later”. This is a sign of maturity. Nobody wants a beta product and they know this and acted well in this situation. Most companies maybe would have sent out their unfinished product and then they would release the update online because time is money for everyone. But the Autel’s priority was customer care and they decided to treat us well, even if this causes a loss of money, instead of playing with our money. So maybe they lost some money, but they won our hearts.

What does this mean?

Besides that, they somehow played with the trust of the consumers, with each day they give an opportunity to the concurrents like DJI or GoPro. Don’t forget that they are a really small company like everybody knows the name of the others small. So each sold drone is a huge deal for them. And not being on the market for professional video makers can cause some problems for them. Even if not everybody will buy a 4K or 8K camera drone because that requires a competent PC this is still a loss for them.

DJI was a little quiet nowadays, which could mean that they are working on something. And they are a big company so that could mean that their development facilities can come out with a new sports camera and a new drone as well. Don’t forget, with this delay the race for the “first foldable 8K capable consumer drone” title is still on. And with the technology that DJI owns they could easily overtake Autel. In a few months, we will find out for sure who will be the king of the 8K technology drones. But even if the Autel will release their product before them, DJI will surely come out with something outstanding. What a great time to be alive!