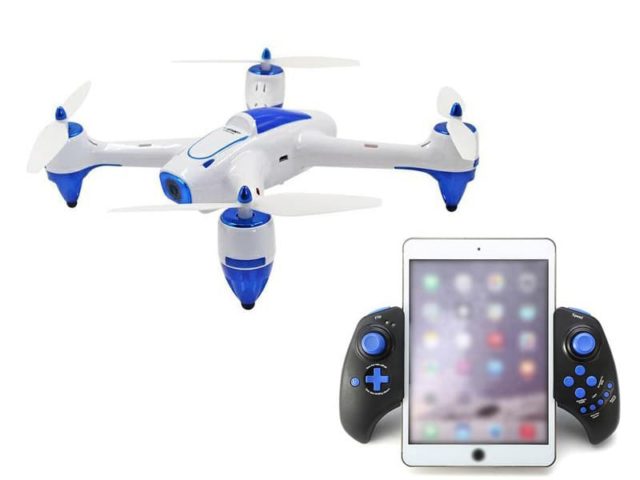 XBM-55 Quadcopter is a budget quadcopter that a 720p camera and it also has FPV. It sure has a lower price tag, but they make some compromises in order to make it this cheap. But sometimes this balances out and it results in a really great quad. And sometimes it is the exact opposite, so let’s see if this one is worth the money.

The XVM-55 uses Wi-Fi FPV, so that is pretty great if you don’t want to buy some extra stuff in order to make it work. If you have an android or iOS device, then you are ready to go. Also, another good thing about the FPV feature is that the camera has a wide-angle HD camera. That means you can see exactly where you are going with the quad and it will be less likely to lose track of it.

That being said, of course, you should expect some choppiness of the video feed, mainly because that’s how FPV through camera works. Especially if there are a lot of other interferences (other Wi-Fis around). So don’t expect to do FPV races on this kind of video streaming. Even so, it can be enough for you to play around with it, or just see exactly what you are looking at.

The 720p wide-angle HD camera works pretty well in general and you can get some nice videos with it. The main problem appears when you try to do some quality pictures and videos. It does take decent shots, and it has decent colors, but the problems stand in the details. It takes poor shots for a 720p camera. But it is a “toy” grade quad, so you shouldn’t expect more than that from it. So if you want to buy the quad for quality shots, you should look somewhere else. 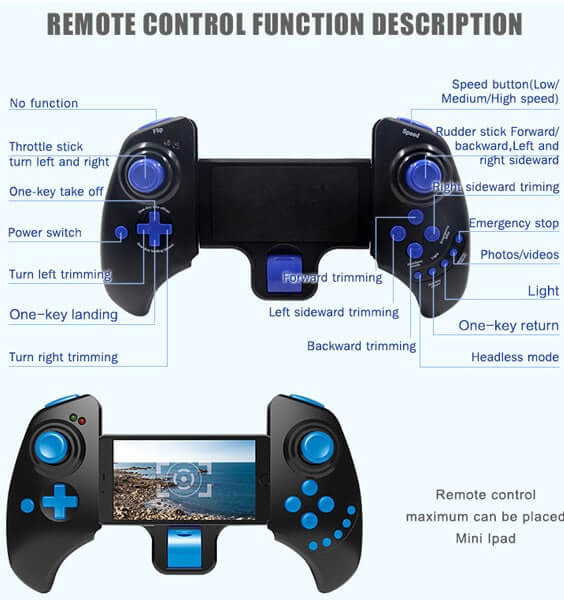 The first thing that attracts my attention is the phone/tablet holder and it is adjustable. So you can easily put your device on the controller, start the app and go flying that quadcopter. Also, another thing that you can notice, is the variety of controls. You have some special buttons in order to help you fly easier and for safety purposes.

You have auto takeoff/landing, a headless mode, one-key return and you also have 3 rates of speed that are controlled by the speed button. If you don’t like the LED’s or you want to preserve the battery, you can turn them off. For safety purposes, you also have an emergency motor kill button, which can be really useful in certain situations. 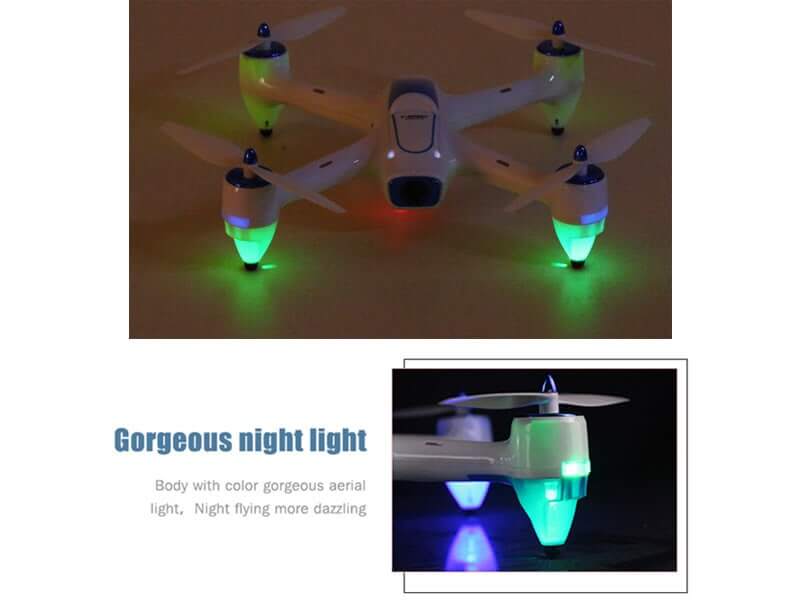 The XBM-55 is a decent budget quad and it is likely that you will enjoy it, especially if you want it for fun. It can be a good gift and it can be useful if you want to record something from above (and you don’t expect perfect quality). Other than that, I really like the compromises they have made in order to make it a nice quad. It also has a flight time of about 8 minutes. Quite good compared to other drones similar to this one.