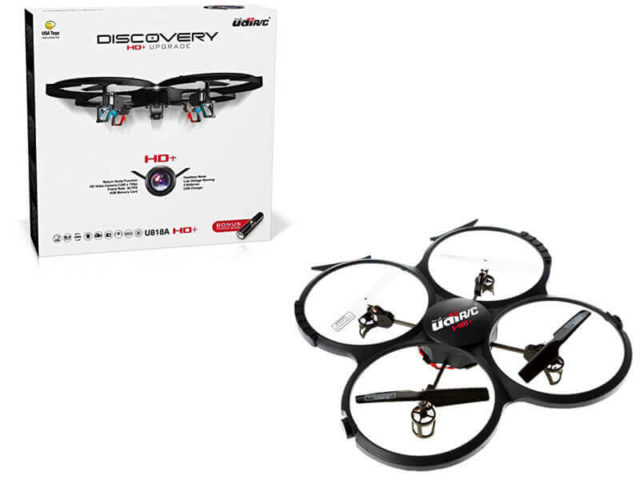 UDI 818A HD+ Quadcopter Made For Beginners

The UDI 818A HD+ Quadcopter is made for beginners with some average specs and it even offers a 2MP camera that can shoot still photos and videos. At only $90.00 on Amazon, you can get a pretty wide array of features and decent specs. It is also built in such a way that it can offer decent crash resistance and it is quite sturdy. 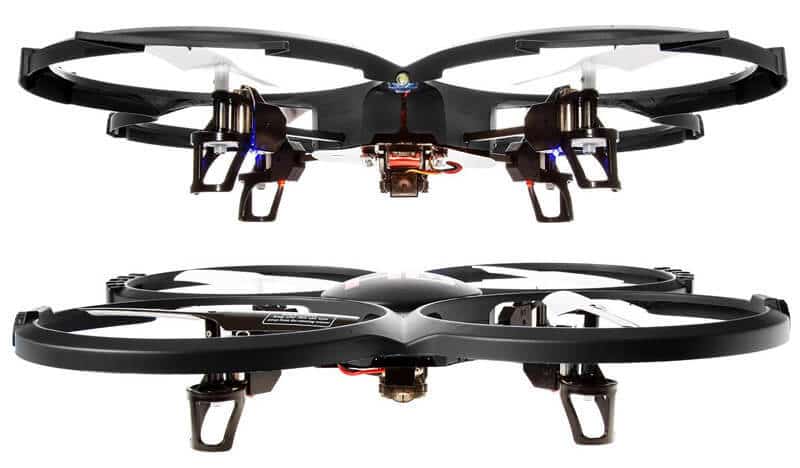 Even though this drone isn’t meant to be pretty, it actually looks quite nice and that’s plus in my eyes. There are prop guards surrounding a round central pod that makes it look quite peculiar at first glance, but after a while, it looks prettier. Also, if you look at the design closer, you will see that this thing is quite sturdy and it is quite hard to break it. So if you are a beginner, you can see why it is quite good as a starting drone.

The UDI 818A is quite larger than most of the toy drones and it has 13” in both directions and it is 2.4” tall. It has red and blue LEDs in order to help you figure out what direction the drone is facing, It is also quite light despite the size it has and it doesn’t even require FAA registration.

So you can basically fly it as soon as you finish the assembly part. Another good thing about this drone is that you even get a 2MP camera, which you can use for your still shots or videos.

The 818A comes with two 500 mAh batteries and a dual USB charging connector with some indicator lights that can tell you when they are fully charged. This is a big plus in my opinion, because most drones come with only one battery and you have to buy some extra if you want some extra flight time. 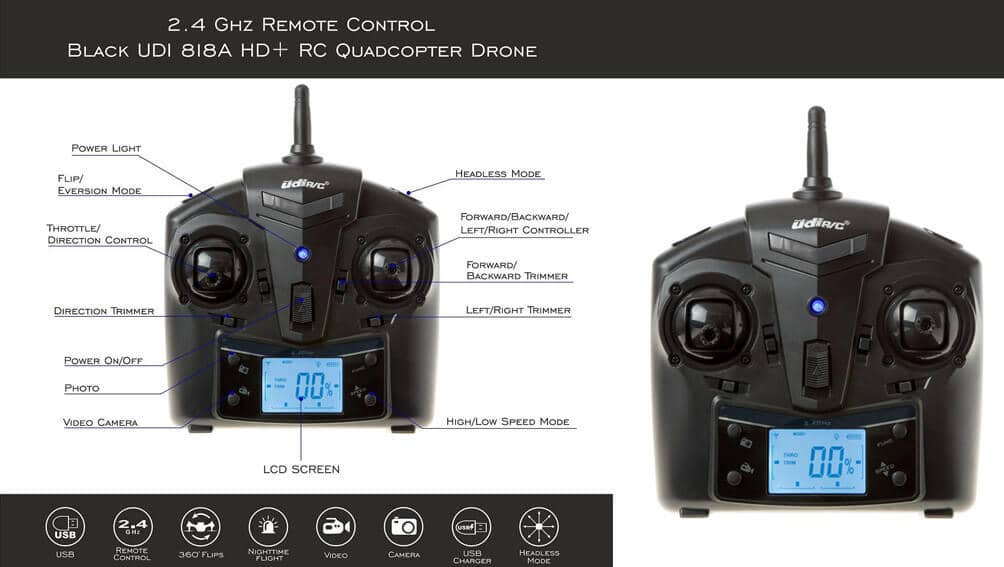 This one comes out of the box with 2 batteries and not only that, but you also get to charge both of them at the same time if you want. That means you could easily take 4 batteries with you and after you used the first pair, you can put in the second pair and charge the first pair. 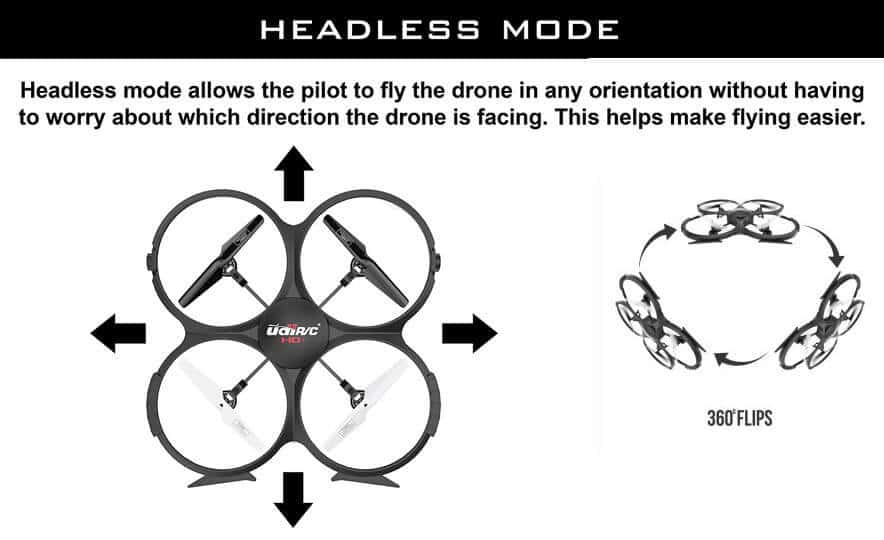 Overall, you will notice that the flight experience is quite neat and you shouldn’t have any problems in flying this drone.

For the price it has, this drone is a good choice if you compare it with other drones of the same price. So if you want a drone that has a bit of everything and if you want to have your first flight experience with a decent drone, then this should be good enough. See more quadcopter reviews.