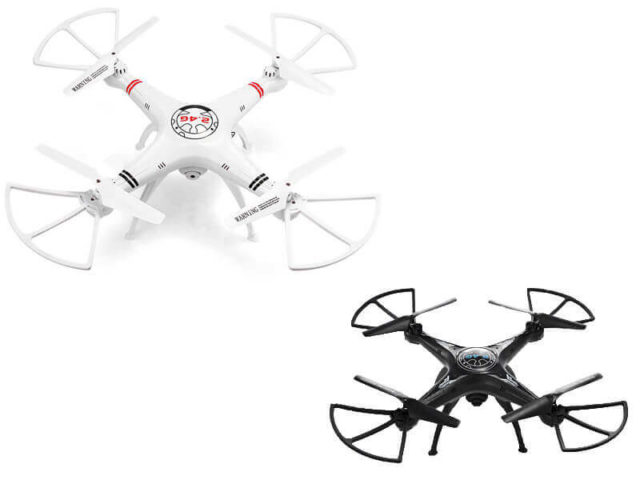 The SKRC DM96 WiFi FPV Quadcopter is a budget drone that sounds pretty great on paper, but you’re not sure if it’s going to deliver what you expect. So as you can already see, this quad was made for those who don’t have that much money and want to try out the magic of flying a drone. 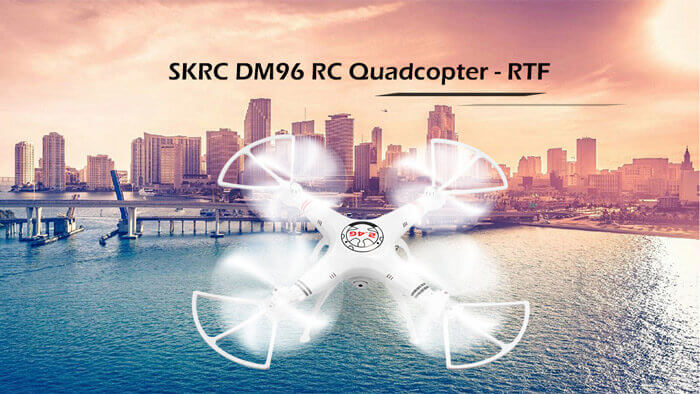 The main feature I like a lot and it is included, is the link between your phone and the drone. You can actually control your drone’s movements with your phone, by moving it in the air. So
basically, however you move your phone, the drone will imitate your movement in the air.

As you can see in the specifications, this is a drone that has decent specs for this price. You get 8 minutes of flight and only 40 minutes of charging and you also get a camera. Most of the similar-priced drones don’t even have a camera.

As you might expect, the Wi-Fi FPV isn’t that great and combined with the camera’s low quality, you won’t get the best experience you could have. But another way to look at it is that it actually offers a glimpse of what FPV means and it can help you a lot if you’re a beginner in drones. 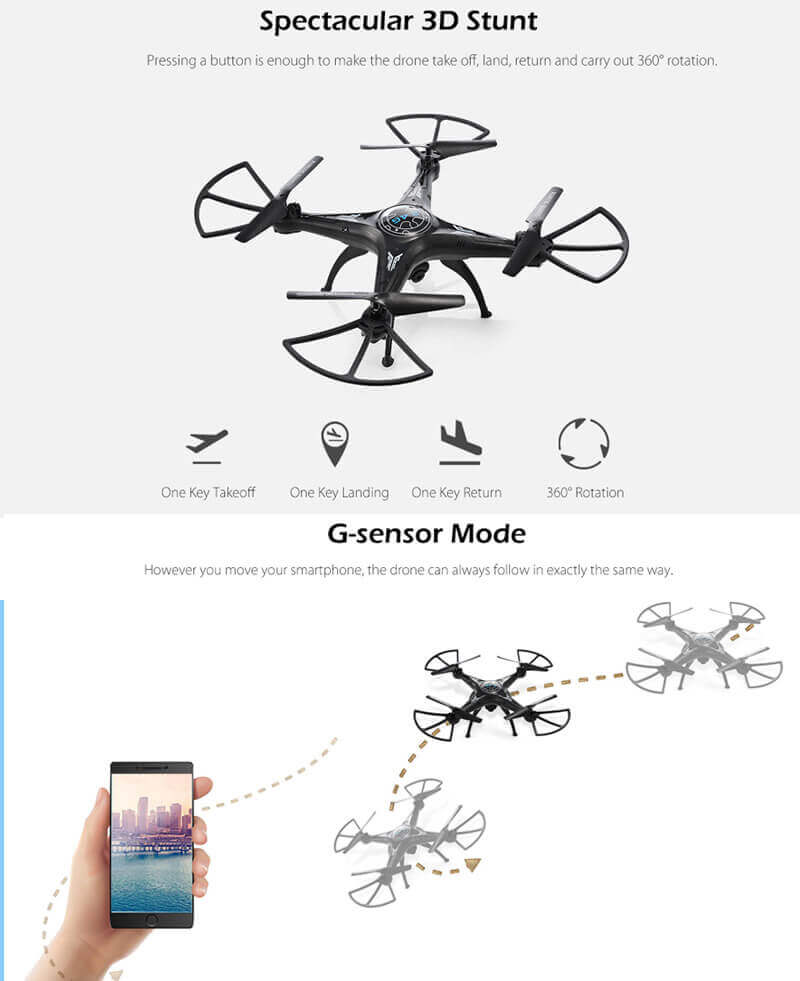 With the help of the app called THWiFi FPV and the feature-rich RC (with smartphone support), the SKRC DM96 WiFi FPV Quadcopter with Camera makes a very good stand against drones at the same price.

So if you’re a beginner, I would really recommend this drone for the features it has. That being said, you should be careful, because it isn’t guaranteed that the drone will have no problems.