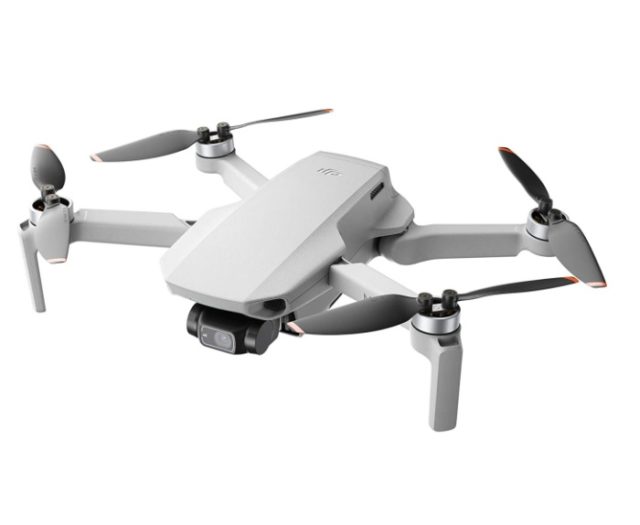 Just in time for the holidays, DJI launched their new entry-level drone, the DJI Mavic Mini 2 Quadcopter, which comes with an updated camera, a better remote control connection, more powerful motors, but it costs a little more than the previous version, Mavic mini. It does not have all the features that you find on a Mavic Air 2 but taking into consideration its smaller size and the lower price we can say that the Mavic Mini 2 is a really good deal.

By following this article you get a chance to know everything you need about this small and performant quadcopter such as its design, camera quality, flight performance and many other important features in order to make sure that purchasing it will be the right choice you made.

When you are thinking about purchasing this impressive drone you will receive it in its beautiful branded box and you can opt-in for two options. You can choose between the standard version and the fly more combo.

The standard version is cheaper and it will offer you the drone itself along with its controller and a single battery, but if you are looking for a longer flight experience you might take into consideration the fly more combo, which will offer you for an extra price, the same things as the standard version offers plus, two extra batteries, a beautiful and very useful carrying case and a battery charger.

The DJI Mavic Mini 2 looks very similar to the first Mavic mini, having a very small size and a very light weight as well. The drone weighs just 249grams and when it is unfolded it measures  159 x 203 x 56mm and folded it measures 138 x 81 x 58mm. Being a foldable drone and also a small sized one carrying it from one place to another will not represent any kind of problem to you.

In the front side of the drone you will find its 12 mpx camera, same as on the other DJI drones and at the of each rotor arm you will see its brushless motors along with their propellers, which will offer a smooth and very easy to control flight

The Mavic Mini 2 comes with a similar sensor,1 / 2.3  same as the Mini’s sensor, but it has been upgraded so you can shoot videos at a higher quality at a 4K resolution 30fps. More than that you can use the 2x and 4x digital zoom when you are shooting videos at 1080p.

The camera offers videos and photos at a great quality being stabilized by a good 3-axis gimbal, which makes the videos and photos smooth and steady. As we can see the camera of the Mavic Mini 2 suffered some small upgrades, which makes it slightly better than the Mavic Mini. Another impressive feature of this drone is that it has advanced tracking capabilities. The Mavic Mini 2 can track a person and it will remember the person even if they temporarily get out from the drone’s field of view.

As the other DJI drones offer a stable, nimble, amazing and easy to fly experience so does the new DJI Mavic Mini 2. It has a great stability when it hovers and because of that the video and photo footage will also be smooth and very clear.

It comes with a better battery than the previous version offering a total flight time of around 31 minutes. More than that, its motor had been upgraded as well offering a faster and more efficient flight with a max speed in wind of around 24 mph.

As we previously said its controller has been improved as well offering a maximum effective range of 6.1 miles and by comparing it with the previous version which had a maximum range of around 2.4 miles, we can say that the Mavic Mini 2 is way better. Same as the other DJI drone, the Mini 2 offers a large variety of flight modes as well. Flight modes are great for capturing impressive video or photo footage and also they help fly the drone easily.

To sum up, we can say that the DJI succeeded to impress its users with the new DJI Mavic Mini 2 Quadcopter offering upgraded features, more efficiency,  a longer range of control and also a longer flight time. Its camera is really impressive and having the ability to zoom in, makes the drone even more special. Being aware of the important aspects presented above we can say that the DJI Mavic Mini 2 Quadcopter is a really good investment, that for sure will suit your needs.

If you are interested in purchasing this quadcopter you can find it at a great price on Amazon.

Question: What’s the distance on this craft?

Answer: It claims to be around 6 miles

Question: Does it come with a charging hub?

Question: How long does it take to charge a single battery in the charging hub?

Answer: I can’t answer for a single battery yet as I haven’t run them down yet, but when the drone arrived, I put 3 partially charged batteries on the charger. They were all fully charged within an hour.

Question: How does this work in a light rain?

Answer: It might work in a very light mist, but it is not water sealed. I would give it a try.

Question: Do I have to register this with the faa? I’m not sure if some drones have to be or what the requirements are?

Question: Will the controller hold an ipad mini? (it’s 5.3 inches wide) thanks!

Answer: No, it will not.

Question: How do I calibrate the Dji mini 2

Answer: This should be self explanatory within the DJI fly app. I calibrated mine today following the on screen instructions.