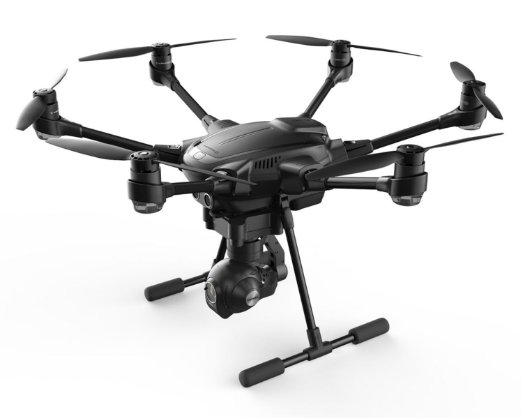 Yuneec’s latest release, the Yuneec Typhoon H Hexacopter is one of the most promising drones that has been released in the past years. It competes directly with DJI Phantom 4 and it may change your mind if you’re willing to buy a DJI drone especially if you want to buy a drone specially for filmmaking. 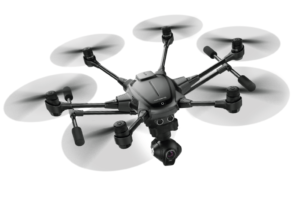 The Yuneec Typhoon H is a hexacopter, it has six rotors, 2 extra ones compared to the popular 4 rotor version found in most drones and it only needs 5 of these to stay in mid-air, meaning, if one of those 6 rotors break you won’t have to worry that much because the drone will automatically adjust itself so it can fly with only 5 rotors.

The drone is loaded with obstacle avoidance technology including sonar which allow the drone to avoid obstacles even in complete darkness. It is a pretty durable drone anyway as it’s pretty well built and it’s made of carbon fiber.

The Typhoon H has a 4K camera (shooting videos at 30fps or 60 fps, 1080p and shooting pictures at 12 megapixels), it can freely rotate 360 degrees while the DJI’s Phantom 4 can only pan up and down, and with the push of one button you can retract the drone’s landing gear so you can take free shots without any problems. 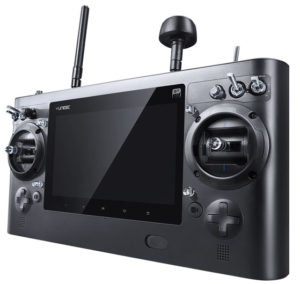 The drone’s remote has a big number of buttons and switches so you can adjust everything and you don’t have to use your tablet or your smartphone as the remote has a built-in touchscreen which allows you to see live streaming coming from the drone’s camera.

It has a 5400 mAh battery which will let you fly it for about 24 minutes (or about 18-19 minutes if you want to fly the drone aggressively) before having to put it to charge for 2 hours.

Considering all of the above the drone is pretty cheap as you can get it for about $1400.