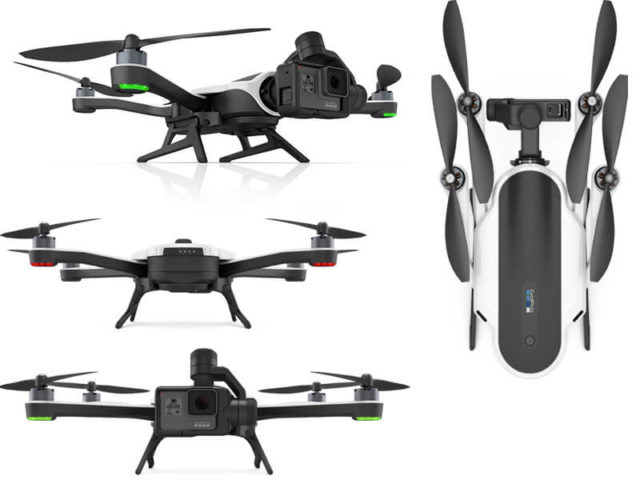 Maybe, the most expected sentence for drones addicted is this one: Karma Drone was released. Yes, after that the guys from GoPro keep us breathless with some videos on their site, it is the time to see what GoPro Karma is able to do. The drone will be put on sale on 23 October, but it can be pre-purchased from their site. So let’s start the review.

*I tooked the most important and most relevant specifications, because I don’t want to present you the dimensions of the RC transmitter or others specs that are not very relevant. If you want to see all specifications, click here. 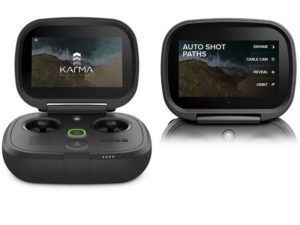 So, after looking on the Karma specifications I am not really impressed. I mean that I can find these specifications on a cheaper drone. Let’s start with the flight time: 20 minutes. It’s just a medium one, not a good one. The same thing is about its speed: 15 m/s? Really? There are drones that can fly with 20-25 m/s. I think that this specifications are for a medium drone, not for one of the high-end. 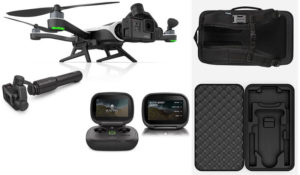 What was surprising me is that this drone hasn’t a camera. When I heard about this drone release, I was sure that it will come with one of their camera( like: GoPro Hero 5 or even Hero 4), but no.

At the price of about 950$ Karma GoPro Drone is not what I have expected, because if you want a complete drone( with a camera ) you need to buy a GoPro Hero 4 that it also costs around 400$. In total, Karma Drone would be complete, after you’d pay about 1350$, and with these money you can buy a DJI Phantom 4 with specs better than those that are available on Karma.