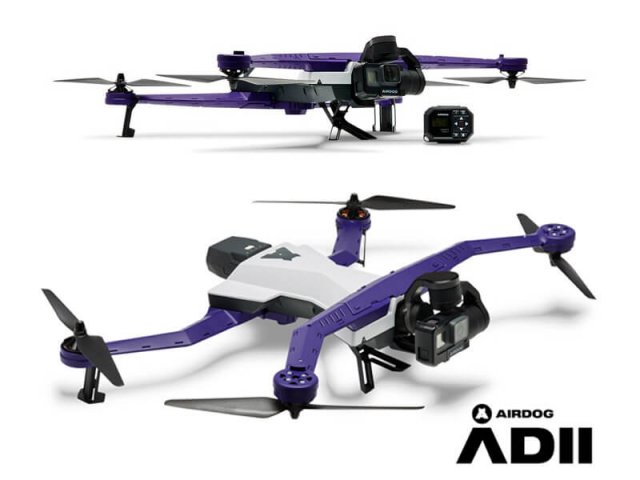 The Airdog ADII Drone is the aftermath after a successful kickstarter campaign. It is meant for people that want to take shots when they do their thing, also known as sports. All you have to do is to put a wrist Leash, or mount it on your bike and it will be able to follow you or to focus on you. Solo Activity It is capable of being autonomous. Meaning that it can do whatever you tell it to do automatically. You just need to set it up before. If you wanted to take great shots with a normal drone, it would’ve been a two-man operation at least. This drone will just follow that Leash if you set it on follow, or it will focus on you, if you set it in the other mode (hover mode).

There is the adaptive follow, which means that it will follow a more interactive pattern. It has some presets. And if you want to, you can configure a preset yourself. Make it follow you in a
certain way. The cool thing about this is that the Adaptive Follow mode will make the drone swing randomly in order to take the best shots possible from different angles. There are a lot of other commands you can give it in order to get the best videos. So you certainly aren’t limited to one mode. This makes it quite versatile.

The battery can last about 12 minutes before it will signal you that you need to land down safely. In total, it can last around 15 minutes. Even though it is a pretty decent flight time, I think you should buy multiple batteries in order to be safe. If you’re on a trip, you certainly would like to make a video longer than 12 minutes.

There are two ways of getting your drone to land. One is the Home function which will take the drone high up in the air and then it will fly back to the original takeoff location. Which makes it a little bit safer at returning back.

And there is the Spot function which will make it land approximately where you are. In order to use this function, you have to press the Come to Me button which will bring Airdog above you
and the you can press the Spot button in order to land. 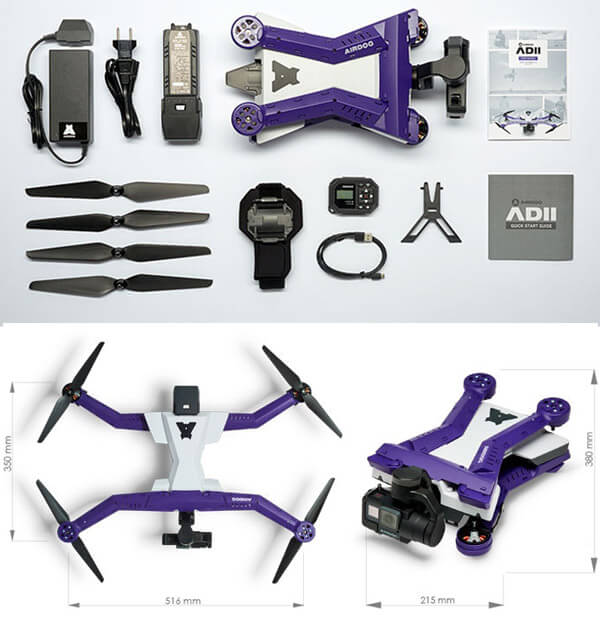 All in all, this is a very good drone for sports. Airdog ADII Drone has a very good camera and it has a lot of functions in order to help you record events alone. It does it’s job and at the end of the day, you should be satisfied with its performance. The battery could do a better job, but other than that, I don’t think you could ask for more. There aren’t that many good drones that are capable of what this drone is and if there are, then it’s gonna cost you a lot more. So don’t wait, because right now you can buy it cheaper from their official site until october.