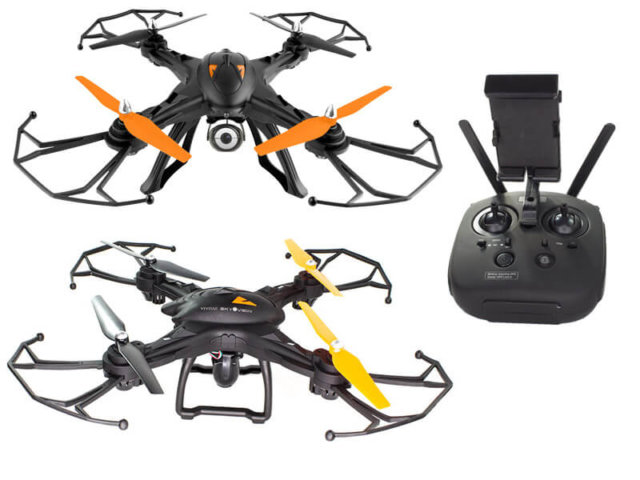 Vivitar not so long ago released their newcomer drone, the sweet 360 SkeyeView Follow Me Drone. Vivitar Follow Me Drone features a 360-degree HD camera and some GPS functionalities that makes possible to follow the pilot in a consistent manner. Other than that Vivitar Follow Me Drone is a basic, let’s say an entry level filming and photography machine. For a low budget novice pilot, it can be a perfect option. Let’s dive into more in detail what this quadcopter is capable of. 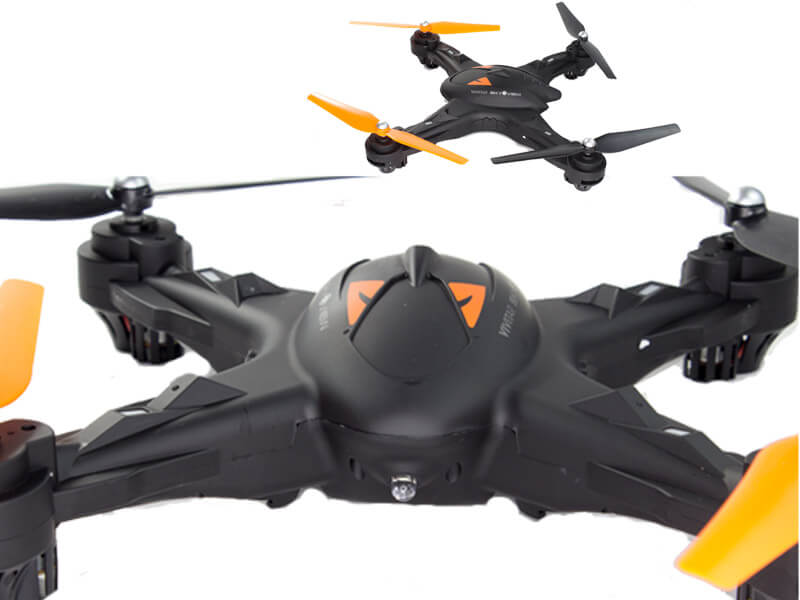 At unboxing, you will find all you need for a proper flight experience: the drone, prop guards, replacement propellers, landing gear, camera, battery, charger, the remote controller with the phone mount and even a screwdriver is put in place. This is not a funny marketing trick, or a do it yourself and disassemble your toy tool. The screwdriver is a device for the battery compartment. You have to use it in order to place the batteries in its place on the remote. The only minus is that the batteries are not included, but you can’t have everything. You have even a nice video to help you assemble your new gadget, well not in the box.

The drone’s body feels really solid, the plastic is soft and a good quality one. At first impression, you have the feeling of a well-built quadcopter. After you put in place all the components, charge your batteries, you are ready to fly. The calibration is a really important phase before the first flight. Many people avoid that and their drones end up in trees or uncontrollably flies into the neighbors’ garden, which is a not so funny performance in itself. So make sure that the calibration is done properly.
After your calibration, you are ready to fly.

Vivitar Follow Me Drone owns an HD 16.1-megapixel camera that able to shot 1080p videos. You have three options for capturing the surroundings. Normal mode, with high-quality images, 360 mode for a panoramic 360 view and VR mode. These modes can be selected and calibrated with the dedicated app although it seems that in some aspects the app is not so transparent, but more about that, later. 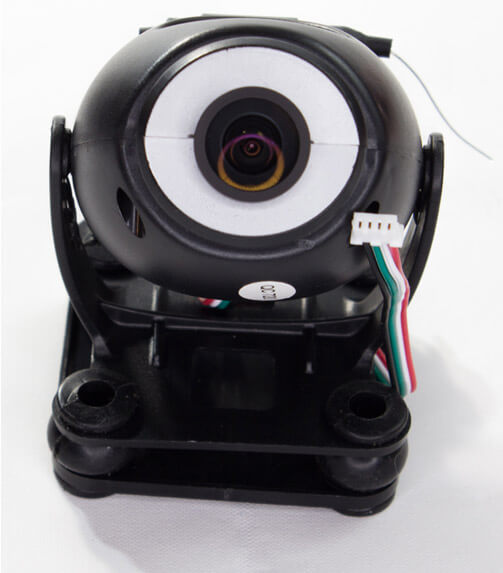 The captured video footage is a little bit shaky, and the image quality is average, not as high as expected, but the price range explains that minus. You cannot expect fancy gimbals, for the camera, and high-end image stabilization qualities from a budget drone. Those aspects are common on more expensive flagship devices. Overall it does the job pretty fairly.

The drone itself is a medium-sized flying machine. The GPS capabilities are standing out. With the help of a dual GPS and Wifi functionality, you can confidently rely on the advanced modes, that it has to offer.

The first one is the name he got the Follow Me mode, the drone will follow the remote within 20 meters, if it gets too close you can recalibrate the distance with a single button pressed on the remote. The next and interesting functionality is the GPS surround mode, In this case, the drone not only follows you but also circles around you. Of course, you won’t expect a perfect circle like the high-end drones do, but does the job reasonably.

Also, you can meet the Smart Return functionality among the features, which is a useful characteristic. When your drone is out of control range, which is about 300 meters, your drone will return at its original take-off location. It also does when you press the dedicated button on the remote controller when you don’t want to maneuver it back. 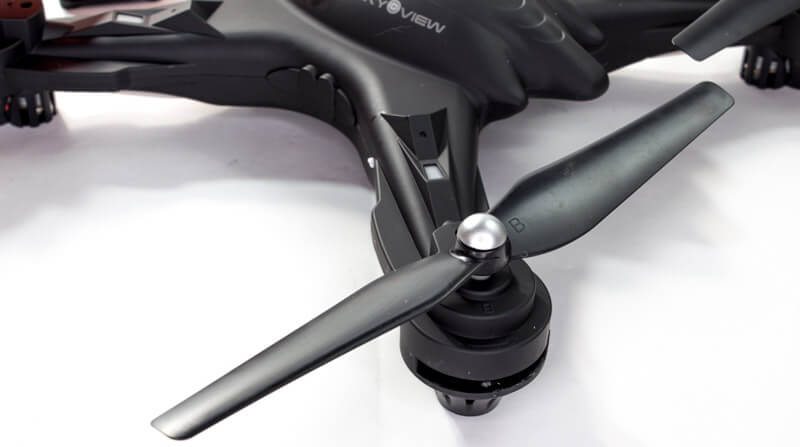 Some of the other features that I want to mention, the auto hover and the headless mode are pretty basics. You have also three-speed modes which I do not have to explain.

The biggest downside of the Vivitar Follow Me Drone’s is the app. It is unclear, many times loses the connection, it freezes up and does other malfunctioning sweeties. Well, you don’t have to have it all, but a more user-friendly interface would be better.

Vivitar Follow Me Drone behave surprisingly good in the air. Reacts really smooth to the commands, and you won’t confront with overcompensations as many other drones do in this price range. This is a great plus regarding the stability of the drone, it is stable even in windy weather.
The flight time is surprisingly good, it takes about 15 minutes in total before the battery ends. This feature can be found moreover on the mid-range quadcopters.

Overall I think that Vivitar Follow Me Drone is a great entry-level drone to buy, The 360-degree camera is perfect for making wide-angle video footage, that effect it looks interesting when you edit your videos and its useful when you want to shot aerial videos of a crowd, a sporting event, concert or simply an adventure. The price of this worthy toy is $179.00 and it is available in online stores and many other retailers.

If you are more interested in the 360 camera drones you definitely want to check out an interesting competitor.
It is more expensive but it is not an entry-level drone like the Vivitar Follow Me Drone.