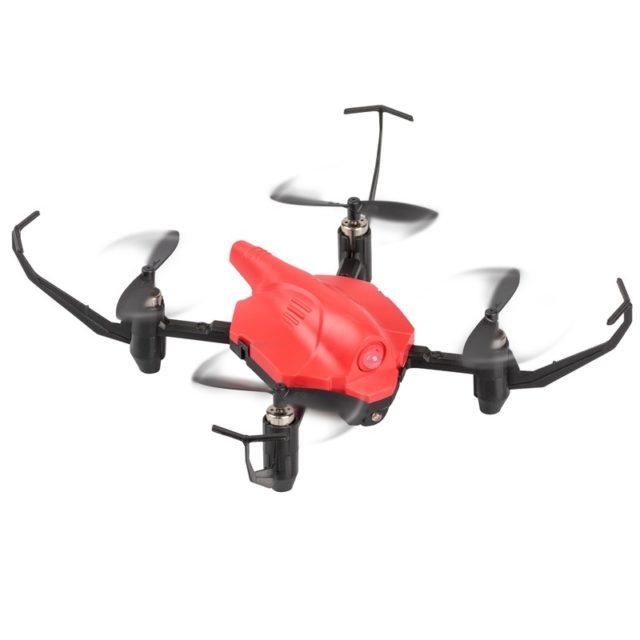 No matter the time of the year or the occasion, a gift will be a gift. If you do not have any idea what to prepare for your beloved one, here we have the solution. It is about a wonderful drone kit, which contains no more than 2 playful drones. I don’t know if there is something similar on the drone market, but trust me they are the best choice you could make in terms of gift ideas. More than that this article is going to provide you a Venom VN47 Battle Hawks Combat Drone Review, so to know exactly what are you about to purchase.

Hear me out, these drones are designed one for  each other, as one completes another. They have a sporty design and colorful look, so the kids will love it. They are perfectly functionable in indoor conditions and great performing on an quiet and non-windy weather.

A particularity that these drone feature is the infrared laser option that is placed on the front side of their body. With this option the users can confront between them, as the laser turns the drones in battling opponents. The laser shoots in a straight line but that is not a problem as you have some flying features that will put your drone into action (like, for example 360 spin and roll).

Venom VN47 also have some smart sensors that lets you easily fly it and if you are a first time user you will get the skill in no time, it is very easy to learn the controls. Also the drone is very responsive and beyond that, when in “game mode”, each drone is able to detect when the laser shoot them because it functions like this: if one already gets shot three times it starts to wobble, slightly decrease its speed and eventually smoothly come to ground.

The flight range is not very impressive but it is something to be expected from a low-budget drone and to be honest you don’t really need more, because if you buy this, you are surely not a professional drone flyer. More exactly VN47 is capable of reaching a range of around 35 meters, more or less.

The body is little and compact, the diameter of one drone measures a total of 12 centimeters (obviously is also light weight) which justifies the easy handling. Thanks to these, the drone is also very fast, it can fly with 35 kph (22 mph), having three speed rates.

The battery system – it does not come with batteries included, so you have to purchase them separately. VN47 works with 6 AAA batteries. It takes one hour to fully charge before the next flight, and it can resist for up to eight minutes of flight per drone. It charges via USB (which is included in the package)

Controlling system – in the package, besides the two drones, there must be also two remote controllers. The 2.4gHz, 4 channel remotes are the only controlling system, no application that we know so far (or FPV). Although, for this one you will get one li-po battery.

All in all, this is all that Venom VN47 Battle Hawks Combat Drones can do and to be pretty honest, they can offer a lot of fun and some nice features for a low-budget drone. Right, I did forget to mention the price, which will surely amaze you. It’s a bargain, comparing its battling features, speed and all the rest with the price: VN47 can be purchased from Amazon for under £35.99 and no shipping taxes.