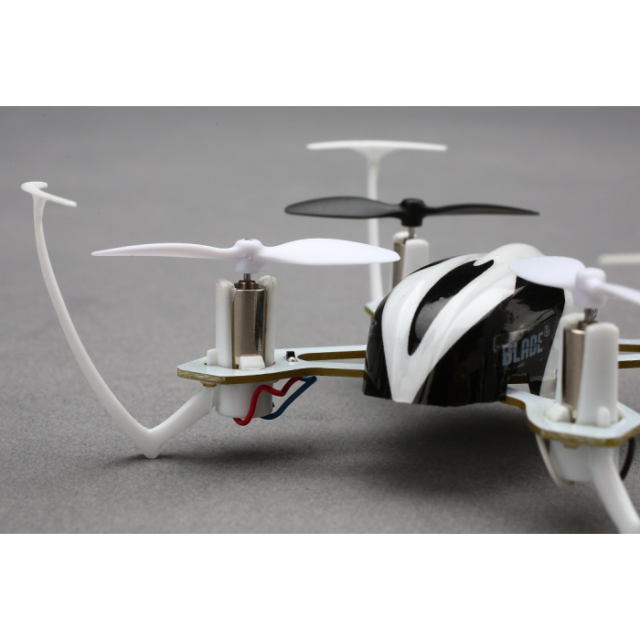 You can meet dozens of deals a day for flying drones, but this is not enough to be convinced to buy them for a test. It’s completely different to read a review of one of the products that captures your attention with its look. That’s why we’re going to “play” a Blade Pico QX Micro quadcopter review to understand exactly what this gadget means.

And while we’ve talked about the look and how it catches a glance, Pico QX has a nice presentation. A finish in black and white that gives it a little elegance and compensates for the fact that it is made of a slightly weaker material. Not only the drone, but the transmitter is the same, but these little “escapes” are deducted from the price. Having a very affordable price, you can basically consider it a toy. Of course this doesn’t mean it should be destroyed since the first collapse.

With its small size, it is very easy to handle and controlled precisely for this reason it’s a very enjoyable drone.

If we have finished the paragraph in advance with the size of the drone, we begin by developing this idea. Blade has practically created one of the smallest quadcopters in their “collection”, the Pico QX measuring 5.2 x 3.1 inches wide and weighing in at only 9 ounces.

We’ve already gotten used to some of the flying modes of the drones, among them the most well known and interested in being the flips, so Blade decided that by pressing a single button, not only a flip can be made, but double flips also, what you don’t find in other drone modes.

Having a weaker power level than other models, it can be categorically considered to be perfectly designed for beginners.

One of the few drawbacks might be that it is quite difficult to fly with it outdoors, it’s enough a bit wind to unbalance it and lose control of it. But if we take it differently, beginners can practice indoor to develop their skills. To avoid great damage in the event of a crush, the drone has safeguards for the blades, which helps a lot.

The Pico QX reaches about 5-7 minutes of flight and takes 30 minutes to recharge the battery. It is not bad at all considering the size and price of the quadcopter.

Get a spare set included in the package, because they get used up quickly. But at least with the backup you will enjoy a long time flight with this drone.

You have a spare set of these too, which helps you to save some money. These guards protect propellers in the event of a crush.

The transmitter’s battery is not removable, so it can’t keep the fun stream changing only the batteries. At least, other transmitter models like Hubsan X4 can be connected.

Also the 80 mAh internal battery can’t be removable, and another feature is that it is one of the smallest mAh batteries. This is not a negative thing, it is enough for Pico QX.

The SAFE system is the best helper for beginners, allowing the drone to fly in mid-flight. A huge help for those who are not sure about their job and defend the slightest possibility of crushing the drone.

The size of the Pico QX is suitable for travel and is easy to store and transport anywhere. Being a ready to fly quadcopter, you will not have any problems with the assembly.

You have no choice but to have fun with this little one.