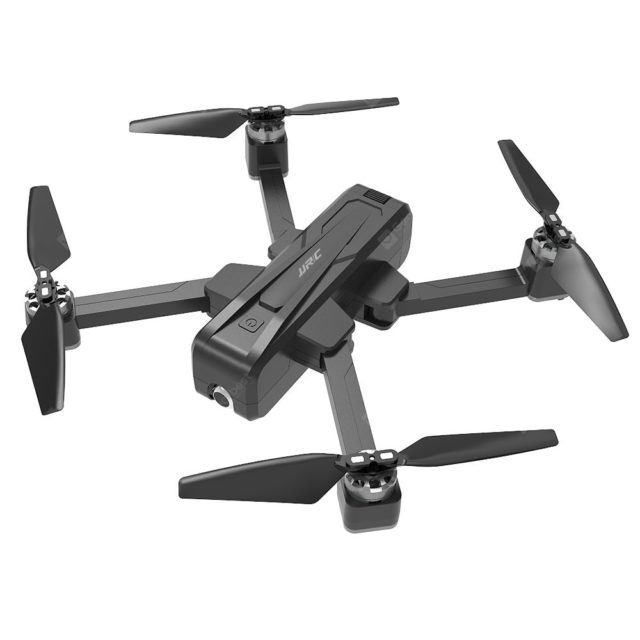 The JJRC X11 Quadcopter is a mid-quality drone. The drone is capable of a lot of things, but it wasn’t enough to get in the high class of the drones. But the good part is that because of this you can get it for a lower price. This drone is for those who use a drone only occasionally or just for fun. If you make your living out of filming I didn’t recommend this quadcopter for you.

This drone looks similar to the SJRC F11 which is his younger brother that came out one month earlier than this. But if you are a drone expert you can find some similarities between the JJRC X11 and the KF607 Quadcopter which is also a pretty good device. Both have their pros and cons but have to decide which one fits you the most. And this article is to help you decide which one will be your next drone.

The content of the box can be modified, for example, you can order additional accessories or batteries for an extra few dollars. But the basic package contains the following items:

Specs and features of the drone:

The JJRC X11 Quadcopter is a relatively small drone that can be folded into a small brick so you can travel with no efforts. The drone has a professional look that comes in black color.

With some lines on the top that makes it look like a racing drone. The power button and the emblem is placed well on the top. And on the bottom under the propellers, it has some tiny lags to protect the camera and the base of the aircraft when you land it on a flat surface. The four arms are marked with LED (green on the front and red on the back) so you will know even in the dark where’s your drones head.

Although it has a 2K camera that captures in 20fps the image has to be improved. The quality of the footage is quite bad,  it’s blurry on the edges and the dynamic range is really bad. The camera has a fisheye effect which has a plus and a minus as well. The plus is that you can record in a wide-angle, and you get a sports camera effect, for those who like that and the bad part is that your images won’t be realistic. Another bad thing is that the drone doesn’t have an Image Stabilization. This is bad because all of your photos will be shaky and blurry. However, there is a good part of the camera which is that you can move the angle of the camera in 110 degrees even when the drone is in the air.

The transmitter slightly looks like the one that the DJI Mavic has. The buttons and icons are very intuitive and help you a lot to master the drone. The joysticks are placed well and the drone is really responsive. Due to this fact and the powerful brushless motors, it won’t be hard to learn how to fly a drone if you haven’t done this before.

The controller also has a mobile phone holder which is very useful since this drone is an FPV quadcopter. That means that you can monitor the camera and you can also connect it to an FPV headset which is a fun thing to do if you have a drone.

Follow me mode: The drone’s camera will lock on your mobile device when using this feature, the quadcopter will track you automatically and capture your movement with a particular aerial view. The camera lens will keep his focus pointing at the mobile phone and remain constant distance to the mobile phone even when you move. If you want this from inside a car make sure to don’t drive faster than the aircraft can fly.

Point of Interest: Set a specific point, this can be everything from a building, object to a position as your point of interest. With the point of interest, your aircraft will continue to fly in a circle around the chosen point. The drone will be at a distance of 10 meters to forward the aircraft by default. You can change the point of interest during the flight or to turn off and drive it manually for even better effects.

Tap Fly: In the Waypoint Flight Mode, you can just focus on composing, the JJRC X11 will fly to the target or fly in the direction your tapped on the screen, and change the flight paths smoothly if you’re planted the track on the screen again.

The done leaves much to be desired but having in mind that the drone is from a “no-name” manufacturer we can agree on the fact that it’s a good start. The first thing that has to be improved is the Camera. At the moment that part pulls back the most the quality of the drone. A good camera stabilizer is essential if you want to make a good camera drone. The rest of the parts are good. For this price range is a pretty good drone

If you want to buy the JJRC X11 Quadcopter shown in our review you can choose between a large number of variations based on your preferences and needs. Check out the following link to get the best price for yourself on Gearbest, Amazon, Banggood and Aliexpress.