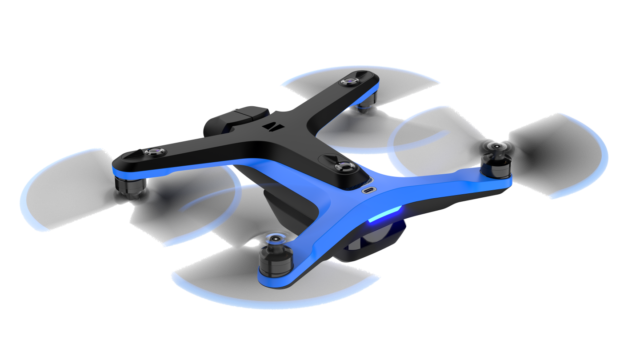 The joy of having a drone often comes from the flight sessions themselves and the user’s ability to control such a device. This is the same with cars and other vehicles often utilized by the masses. However, as technology evolves, people’s need for autonomous vehicles is getting bigger. This aspect is the same with drones too, as we can see from the Skydio 2 quadcopter that we’ll review in here.

You might remember the Skydio R1, the $2500 autonomous drone that made it into all big publications when it was released. As great as it was, the R1 was a mere prototype, unlike its considerably better and cheaper brother, the Skydio 2. This new model is 50% better than the previous one, at half the price. The initial model experienced plenty of limitations unlike the Skydio 2 that is smaller, lighter and overall better flight experience. This autonomous flying vehicle might be a great choice for those that desire to experience something new.

Whilst the first model of this drone had countless limitations when it came to its bulky design, average performances, and minimal controls at a whopping price of $2500, the second model excels at all of those aspects for way less. Taking an overall look at the quadcopter featured in this review, the Skydio 2 is 50% smaller and 50% lighter than its predecessor, while featuring a battery that is 50% better. All this for a mere $1000 price, making the drone fully ready for the consumer market.

This two-tone drone features four 223 x 273 x 74 millimeters propellers, two out of which are facing downward and two are facing upward. This offers the drone better flight stability and increased performance due to the propulsion resulted from this smart design. The drone also features a front camera that can record in 4k at 60fps with great details and an impressive dynamic range. This camera makes it a direct competitor to DJI’s Mavic 2 Pro.

The drone has an overall weight of 775 grams without installing the battery. Although this makes it quite bulky when compared to smaller gadgets, the Skydio 2 makes up for all of that in the battery department. Its battery is quite huge when compared to its R1 predecessor and other competitors, being able to power up this autonomous Skydio 2 quadcopter showcased in our review.

The camera featured on the Skydio 2 drone makes it a direct competitor to DJI’s smart camera vehicles and other well-known and professional brands. Whilst DJI provides quality image capabilities for a reasonable price, this Skydio model trumps that at a way better price-to-performance ratio.

The front camera has a Sony 1/2.3” 12.3MP CMOS sensor with an f/2.8 aperture that’s equivalent to a 35-millimeter. This top-quality sensor from Sony is what will enable you to take great pictures and videos at top speeds. You’ll be able to record video at 4K resolution and a frame rate ranging from 24 to 60. This will enable you to record realistic footage at a whopping 4K res.

However, if your content creation needs require more frames per second you can downgrade and record in 1080p, allowing you to experience a frame rate ranging from 30 to 120 per second. That, paired up with the Qualcomm QCS605 signal processor and the 200-degree field of view present in this camera makes its Autonomy System a great choice both for beginners but also experienced users.

The Autonomy System enabled by the great camera and image processor represents the drone’s whole navigation brain. Combined with the Nvidia Tegra X2 system the drone can track as much as 10 objects at the same time. All this is possible while avoiding walls, trees, and any other obstacles even at full speed thanks to the AI and machine learning algorithms that power up this gadget.

The performance of this autonomous drone represents a key selling point and the one aspect that separates it from its predecessor in a great manner. Whilst the R1 featured average flight performances, the Skydio 2 quadcopter showed in our review can attain very satisfying results for half the price.

It features a 4,280 mAh battery that is twice as large as the one powering up its prototype predecessor R1. Thanks to this large battery, the Skydio can reach as much as 23 minutes of flight time on average. This makes it better than the average but, if you still want to have the all-around flying experience, buying extra batteries is advised.

As this drone is quite light, with a smart and power-efficient design the overall flight experience is benefiting dramatically. The Skydio can fly at a maximum speed of 36 miles (58km) per hour in the right conditions. In the case of windy weather, this maximum speed might drop to around 25 miles per hour. However, it is still 11 miles per hour faster than the R1 in optimal conditions.

The controller of this drone doesn’t come in the package and has to be purchased separately. But, thanks to its whopping performances, the extra price is worth it. The controller has a maximum flight range of 3.5km which sets the Skydio 2 at the top of the market. You can incorporate a 6-inch smartphone with the controller, allowing you to view live footage in a 720p resolution.

Skydio’s partnership with DroneDeploy enables the company to store data about the flights of their users, something that allowed them to map over 30M acres of land globally. This advantage will allow Skydio to integrate new features and skills with its autonomous workflows.

The Skydio 2 featured in our review is a hugely improved quadcopter based on its R1 predecessor. With an improved design and considerably better flight performances, the Skydio 2 can compete with most top drone brands. Although its performances are top-notch, the drone has a basic retail price of $1000 and an extra $150 for the controller. The drone will start shipping in November 2019 with a beginning limited stock.