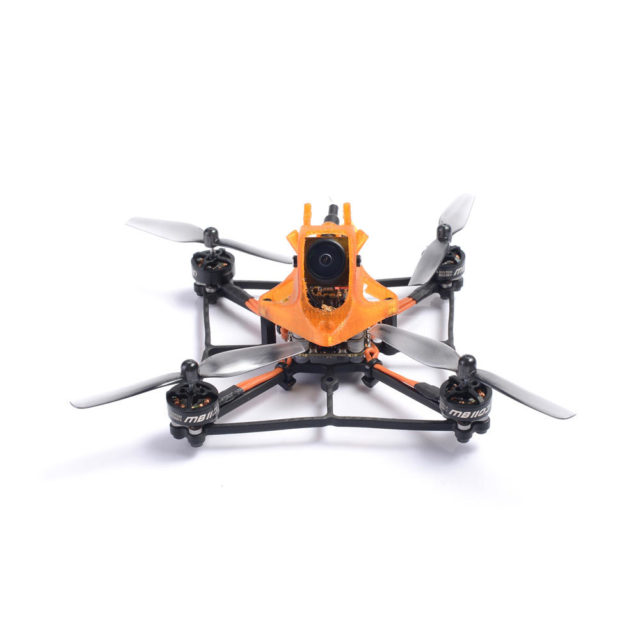 When you hear the word “drone” people usually imagine a nice, big drone, with four propellers, a camera, and loud noises. But nowadays drones can be really different from that. They now come in all shapes and forms. And a really good example for that a micro or nano drones. They all much smaller and cheaper than a regular drone. Of course, they are not a small version of a regular aircraft, because of the smaller size, it can fly way less and slower. The nano is also can’t make as much as a regular drone, they usually don’t have intelligent flight options, like one key return, tracking, point of interest, etc.

So you might ask then why would you buy a nano drone if his abilities are limited? Well, the truth is nano drones aren’t really for everyone, I only recommend them for those who already have a drone, and this second drone will be only for fun. Like you keep it in your pocket, and when you want to show you just grab it, toss it in the air and you fly with it. But let’s take a deeper look in the Diatone GTB229, and find out what are his exact limits.

Before the final version came out there were a lot of prototypes of the drone. And through time with the generations they improved a lot, the most notable difference is the camera, which is way better than it was on the first one.  The second big improvement was the canopy which was changed to allow for an adjustable camera angle.

Well yes, that’s all. The package includes only the drone itself with a few basic accessories if you want other parts you have to buy it for an additional price. However you have the option to choose between the motor your drone will have, the company sells is with an 8500KV and a 10000KV motor. So it’s up to you how fast and powerful you want to fly with it.

From above the drone is square-shaped, which usually is really bad for a drone, but not in our case. Square shaped drones tend to have bad aerodynamics, and if they are not placed carefully the arms can be shown in the camera. But not here. Also, the frame of the done is very lightweight. It won’t affect his flight abilities and also it’s made for a durable and strong plastic which is great if you crash it to something by accident. This small massive drone will survive it.

If you read our articles regularly and you found this a little familiar then you’re not wrong. The drone’s structure looks a lot like the one that the Eachine Tyro69 has. They are both square-based drones with a camera on the center, so basically they look like a pyramid. But they are really different drones.

(The following paragraph are for real nerds only)

They used a bunch of tiny o type rings for soft mounting the FC, which are nice for a moderated vibration. But it can be quite messy when you take the FC stack apart and you can waste them easily. Also, the cube didn’t include a radio receiver. Diatone declared that they won’t offer a Bind And Fly (BNF) option to evade problems. So you’ll have to buy and install your own receiver if you have a Frisky I recommend you to use an R-XSP and  XM+

Setting up the FPV on this drone can be quite expensive. But it’s totally worth it. However, it has some disadvantages that have to be fixed. First, it would be cool if the camera angle were adjustable, and they also need to mount the VTX antenna better, it’s dangling a bit in the canopy.

Others opinion about the drone:

“Super tiny and powerful with the new 16×16 stack from Diatone and good VTX 25-400mW the TBS nano HQ Props 65mm are included. With the Runcam Nano 2 a hight quality nano FPV Racer.”

“The best pnp toothpick you can buy I highly recommend this product flies like a 5-inch quad!!”

The drone may not the best on the market, but as you can see from reviews all the customers are happy with it. And after all, that’s what it counts for a drone, to be reliable and to fly well. And the little Diatone GTB229 FPV Quadcopter that we just review in this article satisfies all these conditions. I’m sure it won’t give you as much joy as a regular-sized drone, but he will do his best to make your day a bit brighter.

You can check the prices on Banggood or Geekbuying if you’re interested.