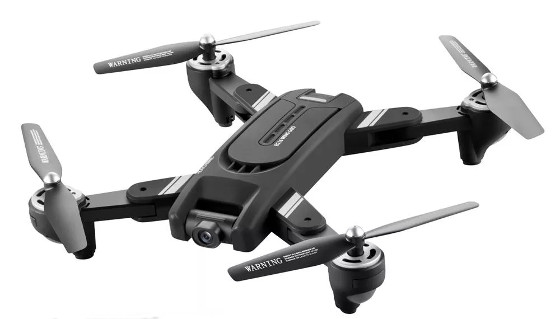 Eachine is somewhere on the top when we talk about cheap but high-quality drones. And by high quality I mean, a good camera, an impressive flight time, and some intelligent flight options as well. They are nowhere near a DJI Mavic 2 Pro , or a Karma, but they don’t even want to. They targeted a different target group, people who can’t afford an expensive but still want to enjoy having one. So they came up with many good drones, and one or maybe the best of them is the Echine EG16 a.k.a. the wing god. This quadcopter is capable of many things you want your drone to be capable of, and you can get it for a really cheap price. I placed a link at the end of the article to check out the price. Let’s dive into this Eachine EG16 Quadcopter Review, and see what exactly is able to.

*you can order up to 3 batteries, one battery is enough for 14 minutes of flight, and it takes around 2 hours to fully charge one.

You might think that a foldable drone like this one is kinda fragile, but you’re wrong. A foldable drone is as massive as a non-foldable drone. All the manufacturers worked really hard on those arms to hold the drone and the propellers together as massively as possible. Just be careful to open up the arms fully, if you’ve done it properly you will hear a click. That sound tells you that everything’s okay. The camera is placed at the front of the drone, on one level with the drone.

The camera can be tilted up or down, so you don’t have to tilt the drone if you want to record something that is lower than the horizontal line of the drone. The battery is placed in the rear side of the drone, you can remove it easily and then replace it with another. On the very bottom, the drone has some holes in it, to prevent overheating. You have to place it on the SD card on the bottom as well. Next to the memory card port, there is the optical flow sensor, make sure that it’s always clean, and it’s not covered with dust or anything.

The black color is always a good choice, especially if it comes with a matt color, not a glossy one. I think it gives you the idea of higher quality, and it’s more unique as well. The design on the top is really decent, you have a design that looks like the drone has some air vents on it, but they are just decor. Overall it doesn’t look childish, complicated or too simple. For my taste, it’s just perfect. The product name is placed well on the top. The arms are designed with some white stripes, that give the drone a sportish look.

The transmitter has a very basic and elegant look, but this is good because less is better in many cases. I already mentioned that it looks like an Xbox or Playstation controller. And if they had success with it why not Eachine uses it as well. As usual, you have 4 buttons on the front for the headless mode, the return home button, the power button, and the calibration. And of course, there are two throttles, like on any other transmitter for the movement, you can’t say much about those, except for the fact that they look very nice and have a good grip.

The phone holder on the transmitter is foldable, just like the drone itself. After you fold up the holder you might find a small screen that will show you all the important info about the drone. But that’s not all. There are a few buttons and wheels on the top as well. You’ll find their buttons to record videos and take photos. And 2 wheels, one for the angle and one for speed.

The camera is a high-quality 4K camera, but this 4K only applies to photos. In video mode, it’s only capable of recording in 2K. The drone also has a 5G WiFi feature, having that you will be able to stream live video footage from around 200m and in optimal weather conditions the video quality is pretty amazing, especially for a drone that costs less than $200. Unfortunately, the drone doesn’t come with any kind of advanced 3-axis gimbal, but it has electronic image stabilization software which is not the best but it’s better than nothing. Along with its advanced 6-axis gyroscope, you will get superior quality images and videos.

First, you have to calibrate the drone. You will know when it’s done when you hear a beeping sound. And after that, you just have to start the motors and you’re off to go. The drone has speed multiple speed modes so you can learn all the basics step by step not worrying about you’ll crash the aircraft. Also, it’s nice to have lower speed mode as well because it looks better if you want to record slowly, and don’t have to mess with the speed in an editor app.

The drone has some built-in intelligent flight options like Point of interest, where you can lock the drone on a specific point and it will fly around that position from a set height and distance. It also has Waypoint which is good because it allows you to draw a path on the app and the drone will follow the route. Smart Track, or Follow me mode, the drone will follow a selected object or person. And last but not least, the coolest one of them all: the Gesture mode. Yes, this drone can read your hand gestures and it reacts to them by taking a photo or video. Read the user’s manual to be aware of all the possibilities the drone can do.

You also have an app for the drone. If you download it and pair it with the drone you will have a better FPV experience and you don’t have to record anything blindly. You also will have all the telemetry information showed on your phone’s screen.

You can buy the drone from Banggood.