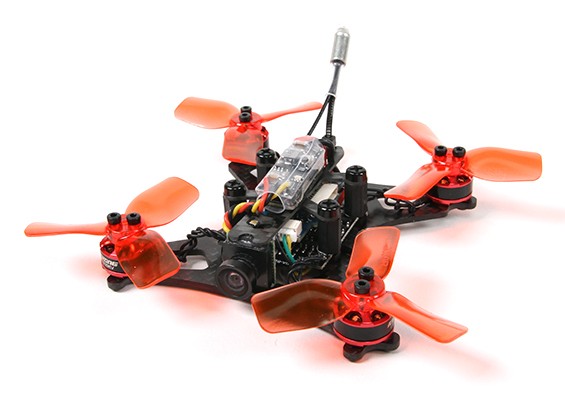 KingKong is sort of an ironical company. And why do I say this? Usually when you hear the name King Kong you imagine something big, slow and powerful. But this company has drones that are completely the opposite of this, except for the powerful part. This company tends to make really small and agile racing drones. And they do that well. If you have already met the KingKong Q90 from them you know what I’m saying. But why is this drone more special than the others? You’ll find out in this KingKong 90GT Racing Quadcopter Review

First of all, let’s talk about racing drones. What are they and who should use them? Well, racing drones all a whole another category from regular drones. Those are made to make high-quality aerial footage, these are made for competing. These small Racing Quads, just like the 90GT are made for FPV races which are held in most of the major cities. So if they have a camera it’s usually not to take photos with it, but to pair it with your FPV headset, to make better results on races. Also, they have very few smart flight options. Mostly just altitude hold and return home abilities.

Because they are made for only one purpose, to be as fast as possible. Imagine this like a pair of shoes. The usual drones are comfy and good looking street shoes, and these race drones are the professional football shoes. You won’t buy one unless you don’t practice that sport. Therefore my first advice to you is if you’re looking to buy your first drone don’t start with a Racing Drone. Rather, check out our list with drones for just under 250$.

When you get the package the drone will arrive in a transparent rectangle plastic box. Which looks pretty much like a lunch box. So you can keep in that box your lunch and your drone at the same time. Jk, don’t do that. All of the parts are fitted nicely in the box. But let’s see what you’ll get inside that practical lunch box:

Our little quadcopter has a carbon fiber frame which is really cool. Usually, parts that are made of carbon fiber tends to be more lightweight and durable as well. Mostly you can find this material inside of sports cars, this is what the board is made of. Therefore it’s a perfect choice for this little racing drone. Looking at the colors the red colored brushless motors are a perfect match for the black body of the drone. This aspect also gives the drone a more sports look.

The prop guards that come with the drone is not necessary to be installed. It’s true that it gives the drone 360-degree protection, but if you’re a little experienced drone used you won’t need them. They just take up space and screws up the aerodynamics. Oh yeah, and they are ugly. But if you’re a beginner in drone racing than keep them on as long as you need it. It’s better to have a drone with ugly guards rather than to have a broken drone.

As you may have read it before, it doesn’t have a high-quality camera, it’s only an 800TVL camera. Just like any other “whoop” drone. It is a bit confusing to fly with this camera outdoors while doing acro. But after all, this drone wasn’t made for his camera. Sometimes you even experience glitching on the transmitter, but that’s the camera’s fault. The camera is kind of fixed at the top. So you won’t be able to modify the angle naturally. But with the 150-degree view maybe you won’t even need it. If you do, the only way to modify the camera’s position if you stuck in something under it because the plastic that holds it is a little flexible. But be careful, one bad move and your camera are gone.

If you didn’t see the remote controller among the parts in the box it’s not our fault. We didn’t forget anything, the company just simply doesn’t send it with a remote controller. You have to own a universal FrSky or Spektrum transmitter in order to use the drone. Another reason, this drone is for professional use. You can choose the type of the transmitter when you order the drone.

In order to get your aircraft in the air, you have to follow a few steps. First, you need to screw in the props with 2-2 screw each. Be careful where the props will face and in which direction they should go. You can do that by just simply looking at a photo of the drone.

Then connect your FrSky or Spektrum transmitter to the drone. When using the Spektrum models, you can put the RX into bind mode by just simply holding the button on the RX while you power the quadcopter on.

Besides that the drone flights well indoors, it can be a real beast outside, when there is no wind. The drone is able to fly around 4 minutes with one set of batteries, but if you have more batteries you can change it in no time. However, the strongest the wind is the less the battery will survive. Thanks to the build and nimble motors the quadcopter easily performs tricks like flips, rolls, spins, and inverted flights.

Be careful because of its power when you do hard banks because the quadcopter has a tendency to pull up too fast and gain altitude. I believe the reason for this is that these micro quads are so light that they don’t have the momentum as a larger 5-inch quadcopter has. This is a good thing if you go through an obstacle course, just be prepared.

The KingKong 90GT Racing Quadcopter works pretty well as you saw in this review, and it’s a massive one too. . Except for the props, which tends to break fast if you don’t pay attention. But this is what the spare props are for. Another “technical” problem is, if you tear the rubber band you’ll have to uninstall basically the whole drone to replace it. Other than these, you won’t face any problems, it’s a fast and reliable drone which won’t let you down. You can win many races with it if you’re looking for that. And besides that looks really good, and it will be easy to transport. The props are also easy to replace so you shouldn’t have much problem with the drone itself. The manufacturers have thought about all the details with awareness.

You can buy the drone from: Banggood, Gearbest, Aliexpress, and Hobbyking.