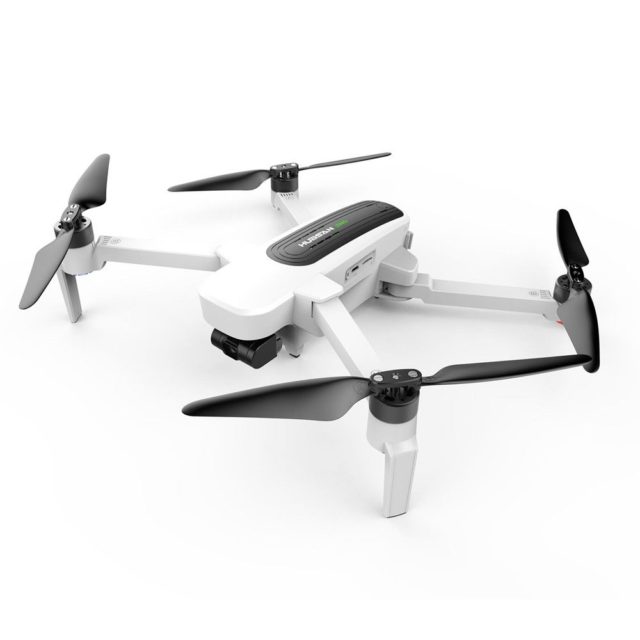 A new year comes with new habits, new decisions. You just feel like you’re full of potential and you want to try out everything, you want to rule the world. Well, if you’re anything like that then you should consider buying a drone. I know that we’re a drone review site and we are obligated to say this. But it’s true. Buying a drone can open lots of new possibilities in front of you. First of all, it’s a good hobby that is interesting, useful and harmless. Also, if you develop enough your drone skills you can make a pretty good fortune out of that. Are you motivated yet to buy a drone? Good. Now let’s choose one. I bet you can guess my suggestion is the Hubsan Zino 2. The drone is brand new, it came out January 1 this year, and their development team did their best for this new generation drone to be one of the greatest. Let’s take a deeper look inside the drone in this Hubsan Zino 2 quadcopter review.

Well, Christmas is over, but we still love to get packages. However, if you’re the one who paid for that. Shall we?

The drone looks pretty much like his older brother the Hubsan Zino “the 1st”. You can find more differences inside the drone, however, there are some differences on the outside as well. First of all, if you take both in your hands the Zino 2 is 200 grams heavier than its predecessor. Maybe it’s because there is no such update to the battery, however, due to some software changes this new generation drone can fly up to 33 minutes.

Overall it measures  32.6 x 26 x 9.49 mm and weighs almost 1Kg (915 grams)it has a minimalist and compact design with everything you might need on a drone, and there is no extra design or part. The drone has a foldable build which is useful because it takes up less space both in your home and in your backpack as well. It has a white color, build out of high-quality polycarbonate so it will be easy to find it on the ground and it’s also pretty durable during a crash. On the top there’s a bold black line with the brand logo on the top. The propellers and the camera is also black so it has a nice and balanced color design.

Just like the drone itself the remote controller is upgraded. First of all, it comes with an integrated LCD monitor, which shows you a lot of useful flight data like flight time, flight distance, battery level, and GPS data. Also, the range of the controller is extended which is 8Km, previously it was only 1Km. Also, the Joysticks are more accurate. As in the case of most of the controllers, this one has a phone holder too, to maximize your FPV experience.

However, this one doesn’t connect to the drone via WiFi or Bluetooth. You will connect your phone to the controller via a cable. This might be a problem in the far future where every phone uses only wireless technology, but for now, it’s a good idea. Most of the phones don’t have a 5G technology to connect to the FPV feed, but with this solution, you don’t even need one. You just need a port where you charge your phone, it doesn’t matter if it’s a micro USB or a Type C because you’ll get both in the package.

Now, this is where the real magic happens because the Hubsan Zino 2, comes with an incredibly good camera. It has a 4K camera that is able to record in 60 fps. Which will give you a pretty detailed and smooth video? Also, the camera of the drone has a suspension of 3 axis gimbal. With a suspension like this, you will get as clear images as possible. If the image stabilization given with this drone were a built-in software stabilization then you were in trouble because they kinda suck. But a 3 axis gimbal can provide you pretty clear images. Also, there’s an onboard chipset from AI gurus Ambarella also helps the Zino 2 shoot great footage at night time or in any dark place.

As I mentioned in this review, the Hubsan Zino 2 Quadcopter it’s able to fly around 33 minutes with a single charge of the battery which is a great aspect. The batteries are removable so you can replace them if you want to so you can even upgrade this time. The drone is easy to use, so even a beginner can handle it without worries. And also it has an exceptional camera which makes this beautiful aircraft enjoyable even for professional users.

Therefore the drone will provide a long period of joy to you, from the time you’re a beginner to the point where you upload your photos online for money. The only bad part about the drone, which is a wired connection to the phone isn’t really a threat to us yet. Currently, we live in a wired world, so useless you want to buy an iPhone 12 I fully recommend this drone to you. Good design, good camera, good flight time, good range, what else do you need?

If you’re interested you can buy it from Gearbest.