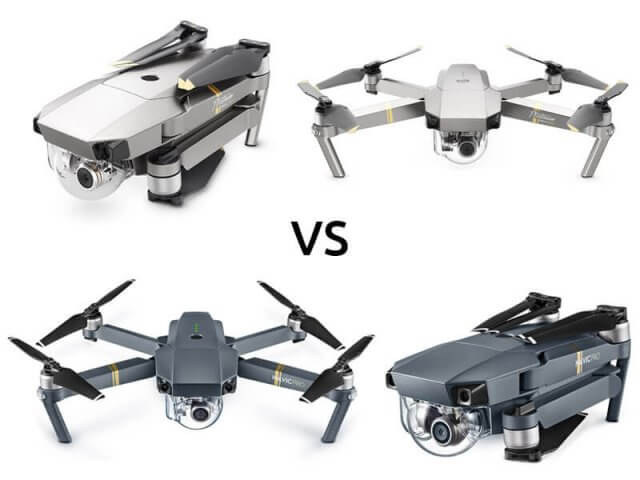 DJI Mavic Platinum VS DJI Mavic Pro – Which Is Better?

The newly recently released model makes us wonder which of the two contestants today is better and why: DJI Mavic Platinum VS DJI Mavic Pro.
The main differences between the two models are noise reduction, flight time and price, but we only find out below if these differences deserve to change our old model or help us choose between the two according to the needs we have.

The Mavic Pro and Mavic Pro Platinum share a lot of great features that are worth listing here, especially if you are not familiar with the Mavic. 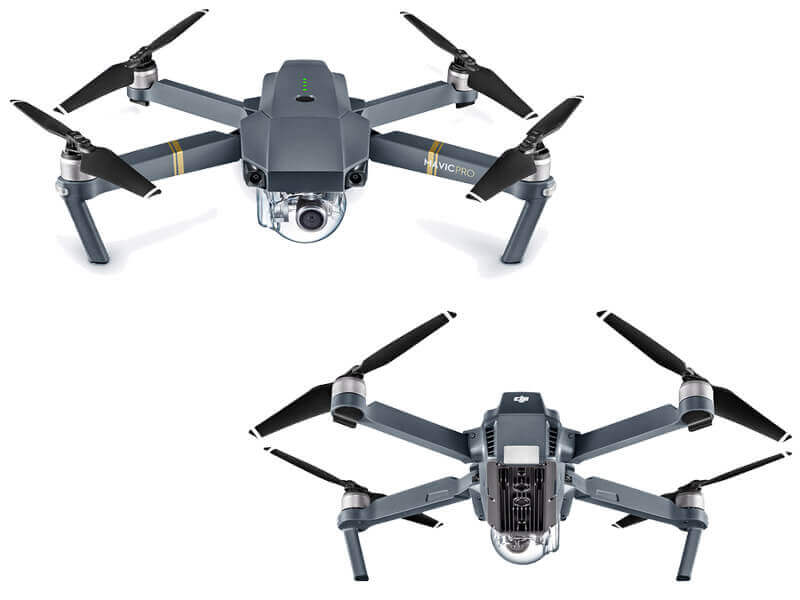 In order to understand exactly the differences between the two models, we will enumerate below the qualities that only Mavic Pro Platinum has, or which has much more developed.
Take the flight time as a prime example, the Pro Platinum reaching 30 minutes flight, with only 3 extra in addition to the previous model. Pretty close. If we were to test the two drone at once, it might not even get up to 30 minutes, but the difference remains roughly within 3 minutes.

The noise emitted by Pro Platinum is really lower, tested with the propellers, then without the result was even less noise. Instead, Mavic Pro with a higher noise level, even with propellers, with them detached, produced even more powerful noise.

As well as the new gold tips on the propellers, DJI has also added some other small decals on the arms of the Mavic Platinum. Not a huge change here by any means, but it distinguishes this model from the standard Mavic Pro. 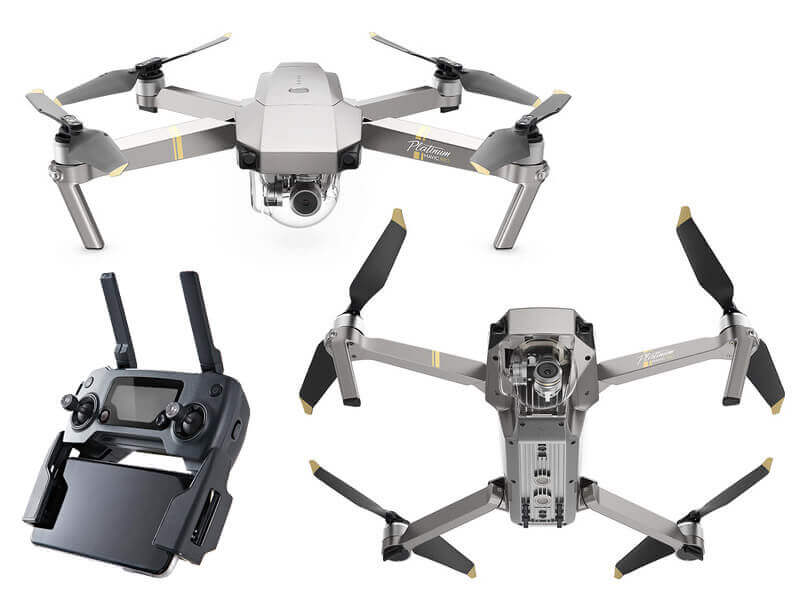 With foldable propellers, it is so easy to carry the Mavic Pro Platinum everywhere. The size of the folded aircraft is 83x83x198 mm and the weight is 734 g, making it small enough to take everywhere.

The speed control of the motors is the main upgrade in the newer version. The DJI Mavic Platinum is simply better because DJI placed their latest technology to maximize flight efficiency.

Similarities and differences… the “brothers” are both quality, obviously, the last income is better prepared, for a very small price difference it is recommended to choose Mavic Pro Platinum. 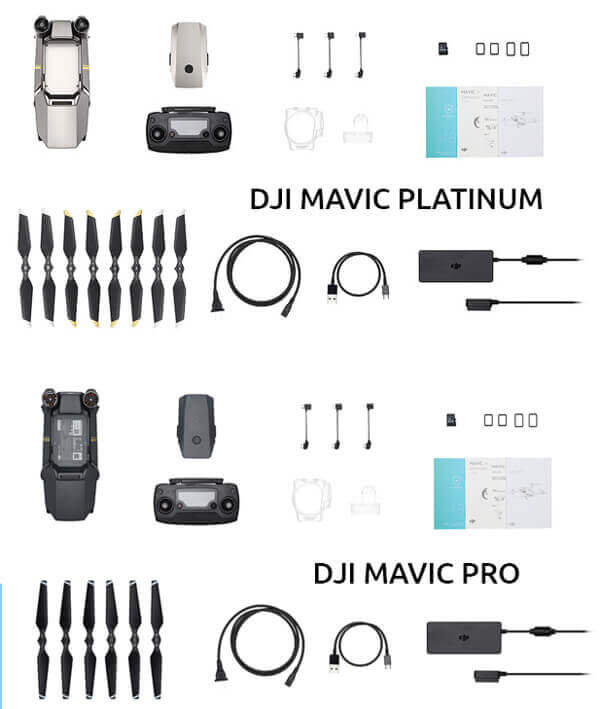