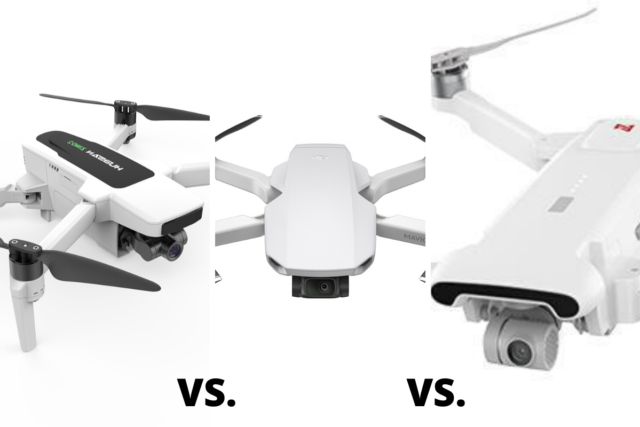 In this article, we will show an epic “fight” between Zino 2 vs Mavic Mini vs FiMI X8SE. Some of the greatest drones of our time.

The companies behind the drones

DJI is already on the throne when it comes to the drone quadcopters industry. The latest DJI Mavic Mini has a foldable design and several other wonderful features. Apart from the drones, DJI also builds strong stabilizers in their drones to win various internationally-recognized quality awards and achievements.

FIMI, on the other hand, is a sub-brand from Xiaomi, responsible for manufacturing quality drone aircraft for people around the world. It has its headquarters in Beijing, China, it is well-famous for consumer electronic products with all kinds of product categories which are present on the market.

Hubsan is in the same industry as another Chinese electronic brand, which specializes in crafting camera drones. Over recent years, it had a spectacular evolution in the camera drones industry and now they launched the latest Zino 2.

As usual, we will start analyzing the drones with their physical attributes and build. Well, the trio comes with the foldable design to overcome the biggest struggle of packing at first. All the manufacturers did their best to keep the weight as low as possible by building the drone from lightweight materials.

Also, the FIMI X8 SE, DJI Mavic Mini and Zino 2 provide an ergonomic and admirable stature to be the favorite of masses. All have a glossy design and a steady and durable build

Now is the time for the technical stuff, especially the camera. First of all, all these drones support the 12MP camera. Along with the 3-axis gimbal support which ensures a stable and smooth video capture.

The three drones also allow users to add extra gimbal at will to create even more stable and cinematic footage.

If you look for a professional aerial photo- and videography, then, unfortunately, the DJI Mavic Mini is not for you. It supports only 2.7K resolution videos against the 4K resolution in the rest of the drones. The FIMI X8 SE and Hubsan Zino 2 can do 4K at 60fps.

The power stations of the Zino 2 vs Mavic Mini vs FiMI X8SE drone quadcopters also have different power storage capacities. All of them claim to deliver more than 30-minute flight time on paper. But in real practice, it ranges between 23 and 27 minutes depending on your flight style.

Similarly, the power storage capacity and the number of cells also vary in apiece case. The DJI Mavic Mini equips a 2-cell 2400 mAh, the Zino 2 features 4-cell 3800 mAh, and the FIMI X8 SE covers the 3-cell 4500 mAh battery inside.

Hubsan and FIMI take 120 minutes to recharge its batteries. Contrary the DJI only needs 90 minutes to power up the battery case.

When it comes to controlling the quadcopters from a distance all of them work with a 5.8 GHz remote control WIFI support. Further, their remote controllers have separate power batteries and provide different distance range connections.

Out of these three, the Hubsan Zino 2 offers 6 Km which is the biggest remote connectivity range After that, 2nd is the FIMI X8 SE drone and last but not least DJI Mavic Mini provides 5 KM.

Now, let’s examine these quadcopters from 2020 on their performance scale. the Hubsan Zino 2 also delivers 500m maximum flight altitude but goes a maximum of 4.5 Km far before losing the connection from the controller. Video quality is good when you fly at an average speed, all the objects are realistic which is good. But while facing the 42 km/h wind speed glitches can appear.

On the other hand, the DJI Mavic Mini drone can shoot high-quality videos without glitches with a full speed of 43 km/h speed. It’s about 85% accurate when we try to bring it back with the auto-take off. Its maximum ascent and descent speeds are 4 m/s and 3 m/s, respectively. The altitude and wind-resistance are 500m and less than or equal to 50 km/h.

Well, the FIMI X8 SE quadcopter looks more confident than the other two, when it comes to facing a strong wind. Against a 45 km/h wind speed, its motors and camera offer great video quality. And not just that, but it also provides additional video modes, but glitches can appear here as well beyond the height of 4300 meters.

If you became interested in any of these quads you can check out the prices on the following links: