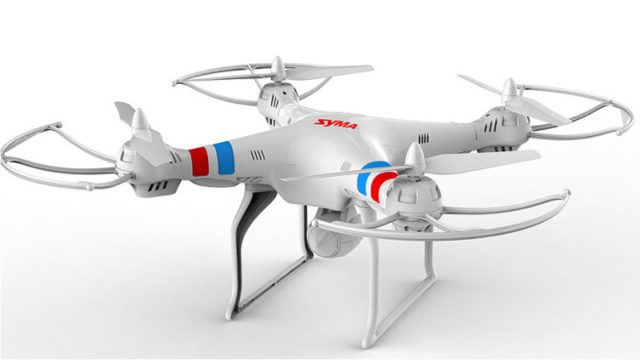 The Syma X8C is a super stable, wind resistant large Brushed Motor RC Quadcopter that will give you a reasonable 12 minutes of flying time, It is well made and relatively easy to maintain.

The 2 MP camera is not the best but this can be altered by attaching a XiaoMi Yi Action camera or Mobius. The Yaw rate is not really fast and you will have to be a little more patient while the Quadcopter battery charges.The range control is 200 meters and it contains a low voltage alarm system with Headless Mode functionality.

The thing is that even if it has downsides this is one of the biggest and best quadcopters you can buy for around $100 and the version we have received has a 2 MP camera on board.

Syma will be also releasing a version with an updated 5 MP Camera. Both will be really great for practicing your Aerial Photography skills.