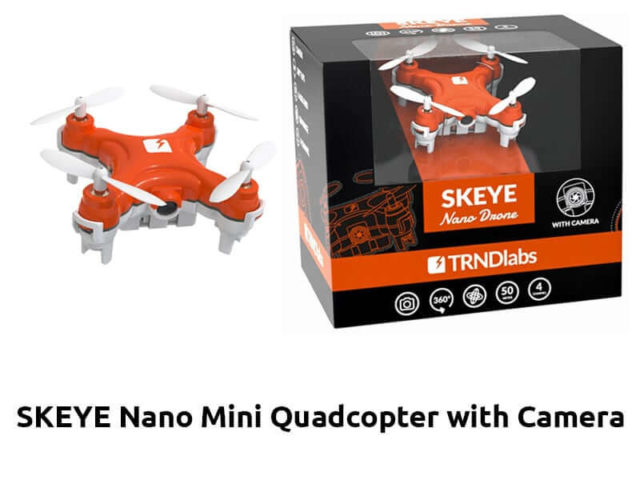 The SKEYE Mini Drone is very small compared to most of the other drones and it also has a camera that can record at 480p and it can also take pictures if you want. At this moment it is one of the smallest drones in the world with this kind of specs. 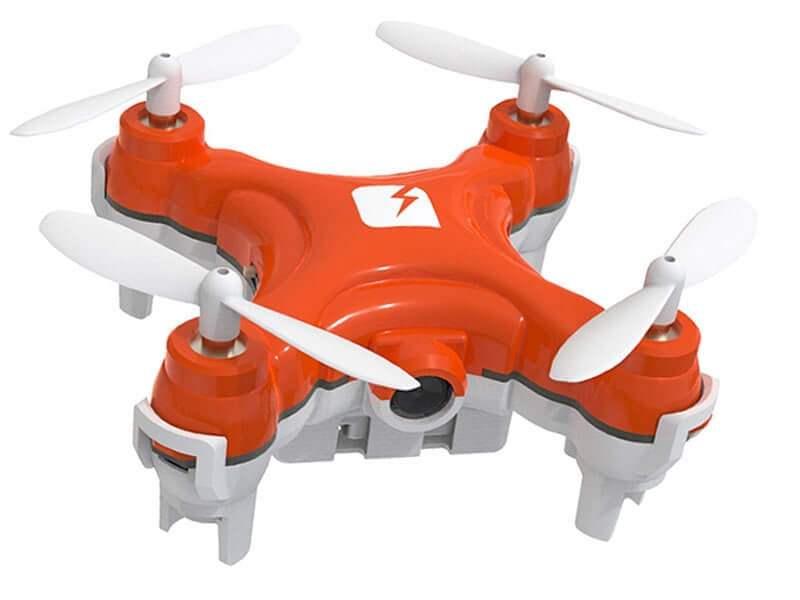 How does it do?

Well, it is only $69 on Amazon, so you shouldn’t be expecting any amazing features. Even so, it provides a nice experience, especially if you don’t have a lot of money. As you’d expect, it doesn’t have amazing control. It is a bit tricky to change the altitude properly, but it actually has a decent control if you only turn sideways, it remains steady enough to take some nice shots or videos. 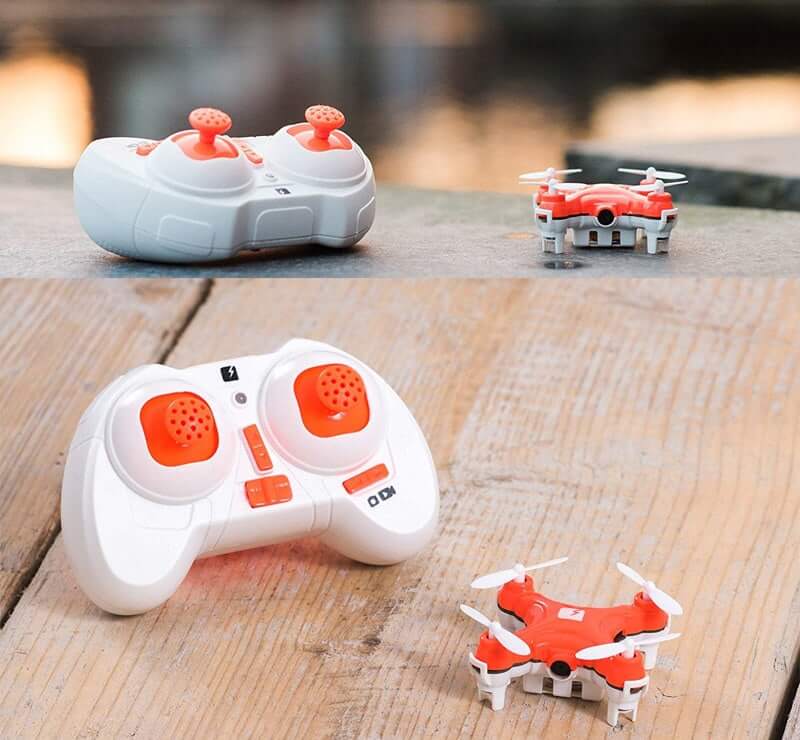 The 120-mAh Ni-MH battery inside the drone doesn’t let you fly too much, but it can be enough to do what you want. It lasts about 3-5 minutes and then you will have to charge it for 30 minutes at a USB port. This is the time you should expect for a drone like this and it is actually pretty average. Other similar drones last as long as this ones but they are a bit more expensive, depending on what extra features you want to have.

Well, the camera isn’t that great, but it offers what it is supposed to. A 640 x 480 video resolution and 30 FPS makes a decent video, but it can look pretty bag on bigger screens. Also, if you move too fast with the drone, the video will become pretty blurry. When it is steady, it records pretty nicely. So try and have a slow and steady movement when you want to record something.

Every photo or video you make is stored on the microSD card that you can plug into the drone body. You get a 2gb card, but it can work with a 32 GB (though I don’t see why would you need that much space with a drone that can fly 5 minutes). It includes even a USB 2.0 card reader so that you can transfer your files easily between the card and your PC or Mac. Yes, the drone charges through an USB cable, but it can’t be used to transfer files directly, you need the card reader in order to do that.

Can you repair it?

Well, since it’s a cheap drone, most of it’s components are non-replaceable, like the battery.You can replace the rotor blades though and that’s pretty nice, because those are the parts that break more often. 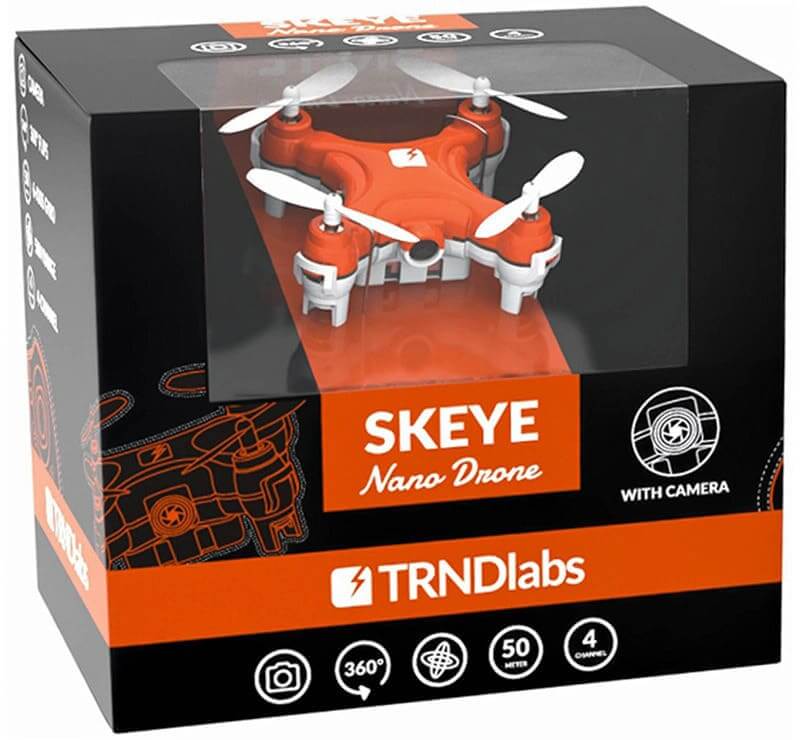 If you want a tiny drone with photo and video capabilities, then SKEYE Nano Mini Quadcopter should be enough for that. If you also want quality, then you should look for the drones. But you won’t find better tiny drones unless you want to empty your wallet fast. So if you have $69 to spare, it is not that bad.