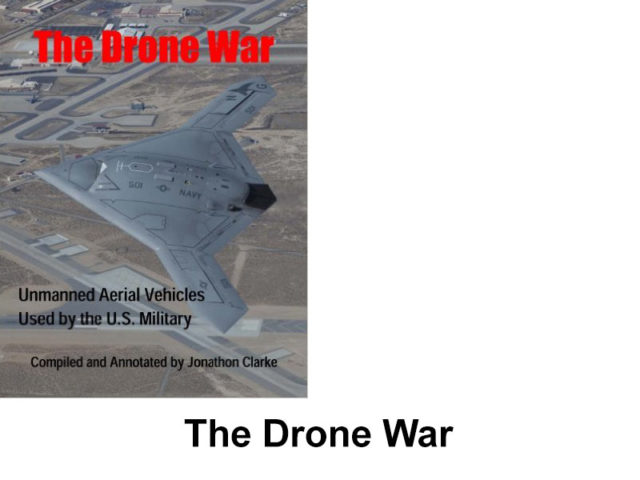 The Drone War: Unmanned Aerial Vehicles used by the US Military

An unmanned aerial vehicle (UAV), commonly known as a drone, is an aircraft without a human pilot on board. His flight is controlled either autonomously by computers in the vehicle, or under the control of the driver of the ground or in another vehicle.

There is a wide variety of UAV shapes, sizes, configurations, and characteristics. Historically, UAVs were simple remote-controlled aircraft, but autonomous control is increasingly being used.

They are mainly used for military applications, but also in a small but growing number of civil applications, such as police, fire and nonmilitary security, such as surveillance of pipelines.

UAVs typically fall into one of the following functional categories:
Target and decoy – providing ground and aerial gunnery a target that simulates. enemy aircraft or missiles

This book begins with an overview of Unmanned Aerial Vehicles and the history of the programs. Every major military drone explained in detail including the mission, functions, background and specifications at any of the great military UAVs. 107 pages, 33 full color photos. Content hyperlinks for easy navigation.