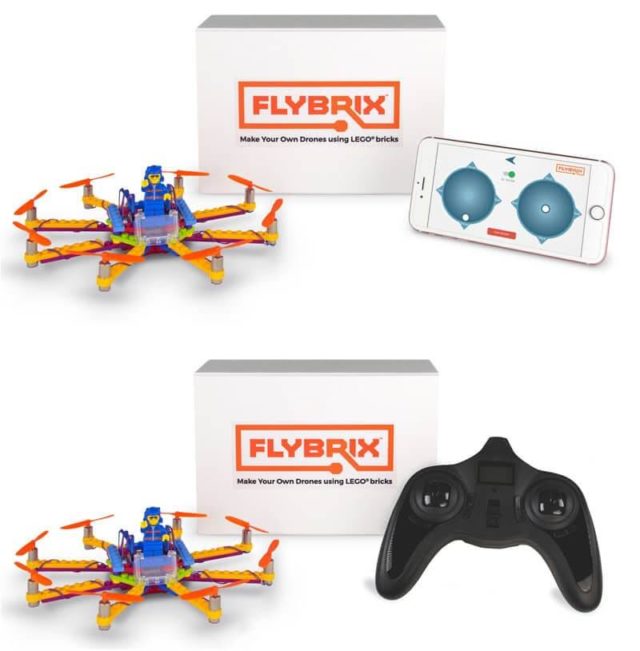 The San Francisco started selling build-a-drone kits for kids age 14 and up comprised of: LEGO bricks, boom arms and motors that don’t require soldering, and other off the shelf and Flybrix-designed parts. 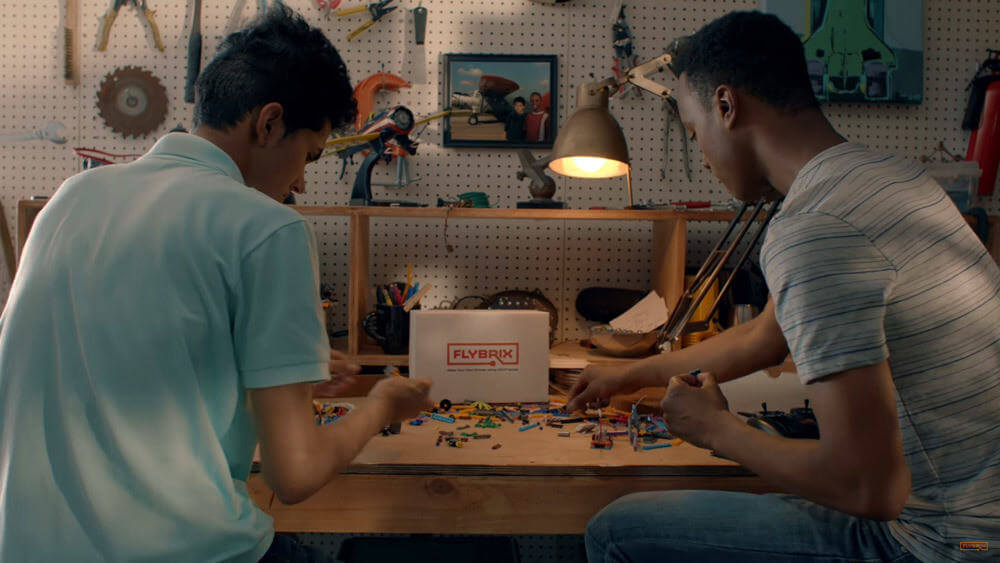 Once assembled, Flybrix drones are lightweight and supposedly can be flown indoors. They can be programmed with a Bluetooth flight control app for iOS or Android smartphones, or a manual flight controller purchased from the company.

Flybrix drones are also, notably, crash-friendly, meaning they can be re-assembled time and again as kids experiment with their designs, and learn how to pilot them. 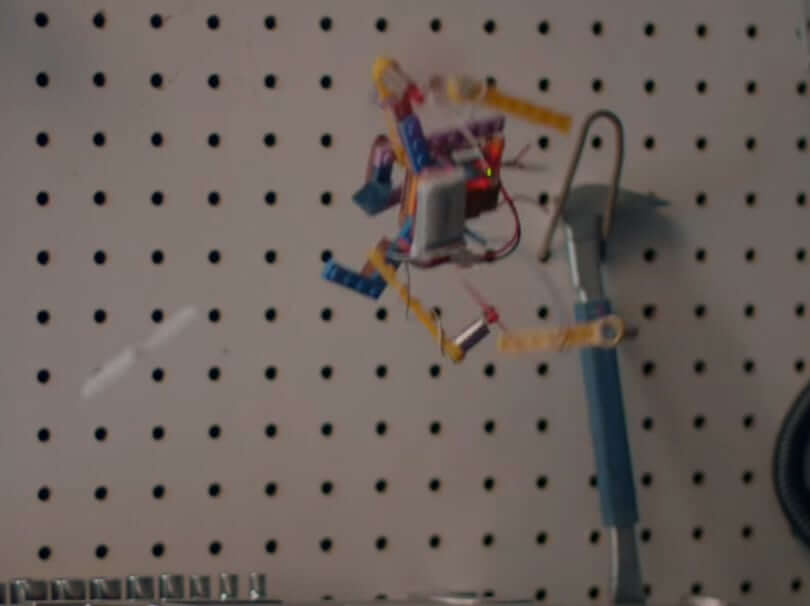 Amir Hirsch, Robb Walters and Holly Kasun, the co-founders of the startup, want to get younger kids with adult supervision, or teens, interested in things like geometry, aerodynamics and electrical engineering.

The company was founded in 2015 and has been developing its technology at Lemnos Labs, a foundry for hardware startups in San Francisco.
Flybrix’s Chief Play Officer Holly Kasun stated that the company doesn’t have an officially partnership with LEGO, but has made its business known to LEGO and hopes that teens who use LEGO bricks to build drones will also try the massive toy company’s other STEM-related products, such as their LEGO Mindstorms kits.

Kasun also noted that LEGO bricks, because they’re so consistently manufactured and widely available, are used not just to inspire kids and get them building. They have long been used by mechanical and robotics engineers in labs for prototyping and design. 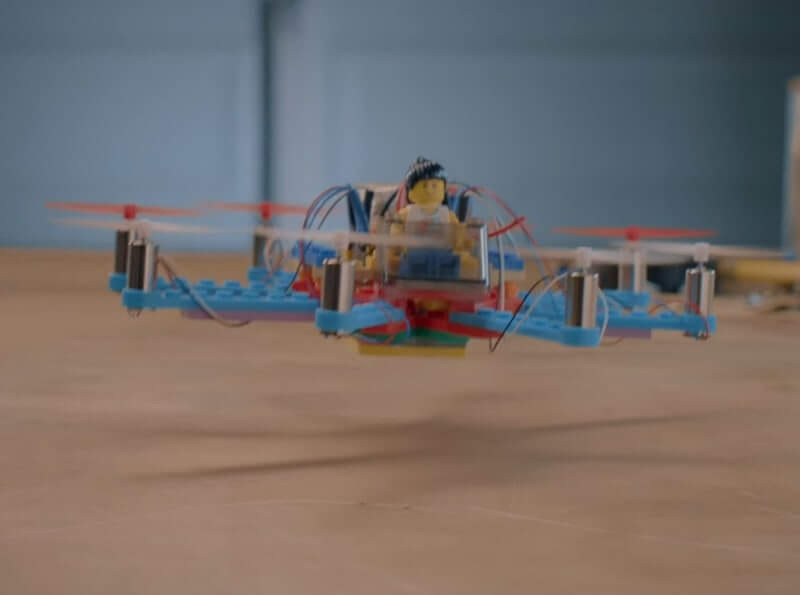 Flybrix cofounder Amir Hirsch attained 3 degrees in math and electrical engineering from MIT where he used LEGO products in the lab, which inspired the eventual creation of Flybrix, Kasun said.

It’s definitely unforgettable the first, second or third time… when you crashed a drone.

Indeed, lucky that Flybrix makes every crash a learning experience instead of a lingering bad memory. Even if the company isn’t associated with Lego, it’s a build-it -yourself toy made from Lego Bricks.

With all the components that comes, with each Flybrix you can build a toy drone a quadcopter, hexacopter or octocopter configuration, available from an introductory price of $149 that can rise till $229 for a deluxe kit. 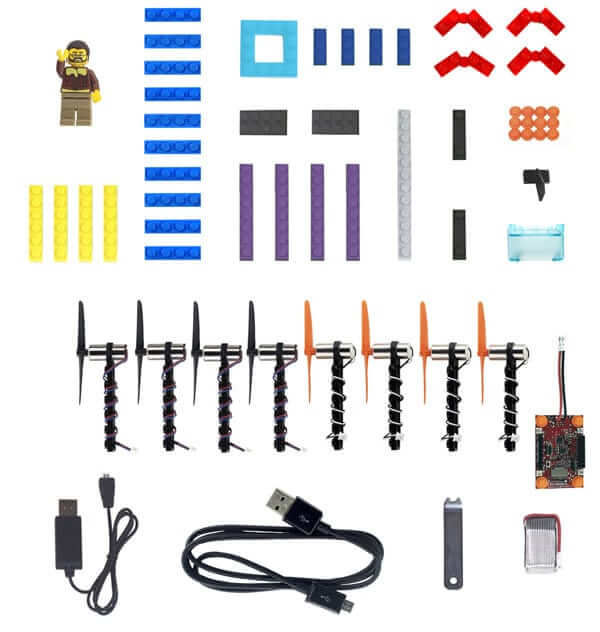 The basic kit have a number of 40 pieces and instructions needed to build a small quadcopter. Assembly takes under fifteen minutes. Deluxe kits include more complex models and ideas and games that require kids to modify a basic design, and figure out how to make their own drones. 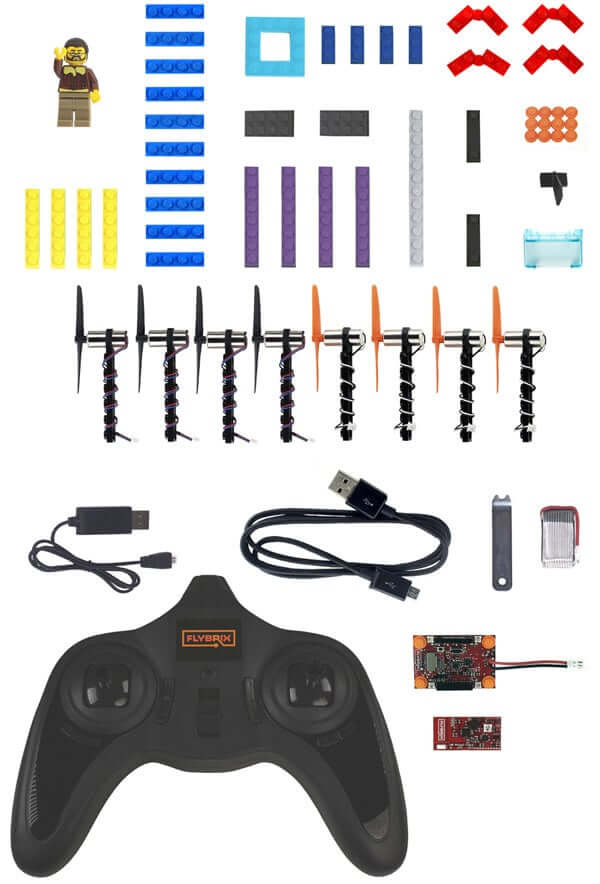