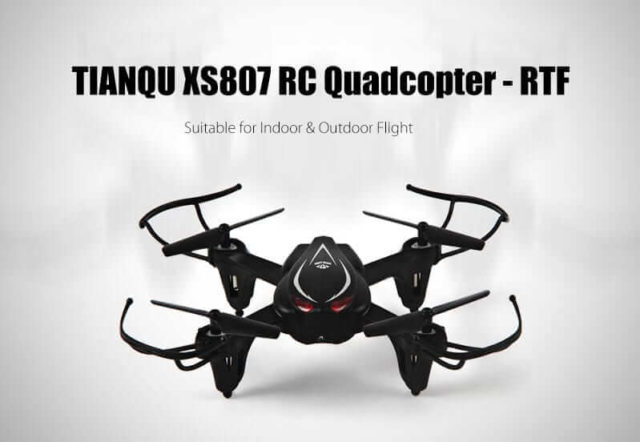 So, you want to learn to pilot a drone, but aren’t sure where to start?The TIANQU XS807 is a very affordable beginner drone with lots of interesting features. It’s priced at a mere $23, but you can get it even cheaper. TIANQU’s XS807 is a drone suitable both for indoor and outdoor flying, given it’s small-ish size. Still, it sports useful features such as altitude hold mode that allows the drone to hover at a certain height through the use of a built-in barometer. 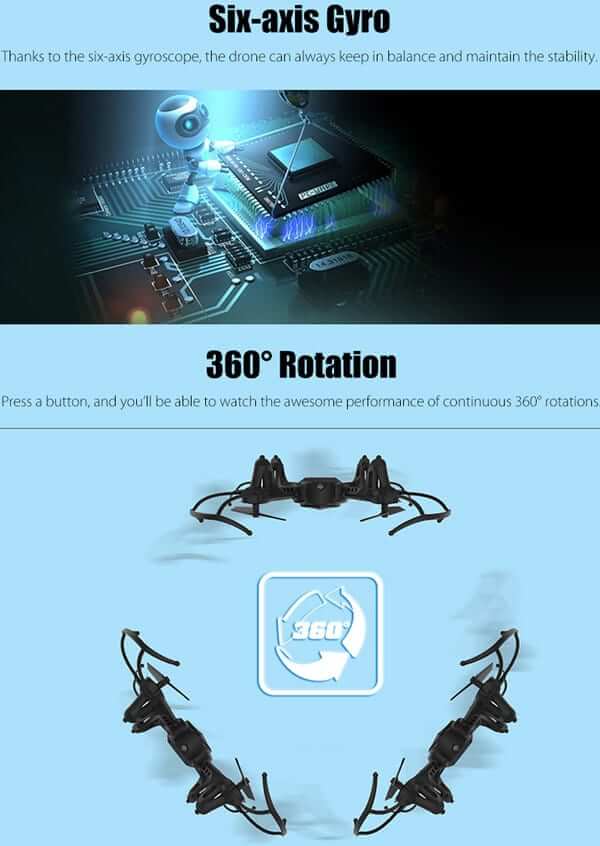 Like any other drone, has the following functions:3D rollover, Forward/backward, Headless Mode, One Key Automatic Return, Sideward flight, Slow down, Speed up,Turn left/right, Up/down.
Some of the interesting features are: One Key Return, Headless Mode and 3D spins. Headless Mode allows the drone to fly according to the movement of joysticks in spite of its orientation.

One Key Return makes it effortless return to the home point easily since the only thing you need to do is pressing a button. And awesome 3D stunt, it can roll continuously in the air towards different directions 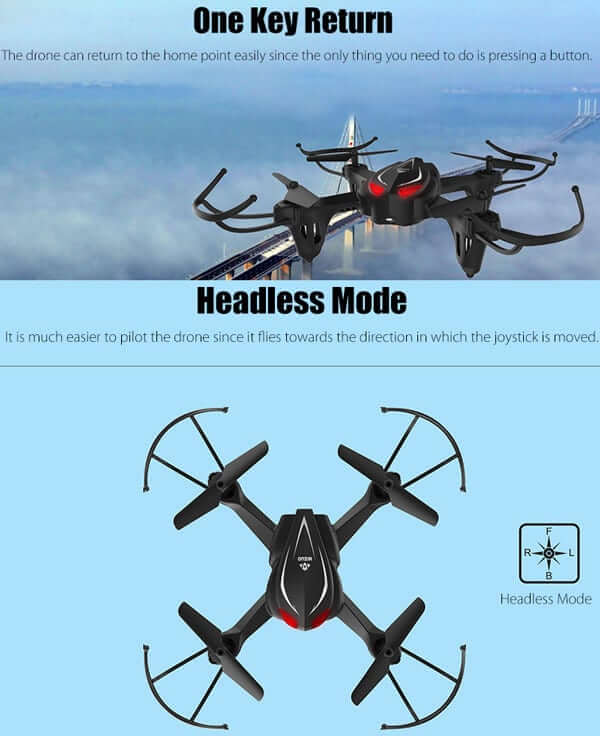 The drone can be set to fly at different speeds: low, medium and high, so you can decide depending on your expertise, for players in different levels.
The TIANQU XS807 is fuelled by a 3.7V 200mAh lithium-ion battery with charging time about 1 h for a flight around 5-7 minutes. It is also equipped with 6-axis gyroscope, thanks to this, the drone can always keep in balance and maintain the stability.

This drone is RTF (Ready To Fly), so it’s perfect for a beginner, also considering in includes Altitude Hold mode which will simplify flying by a lot. 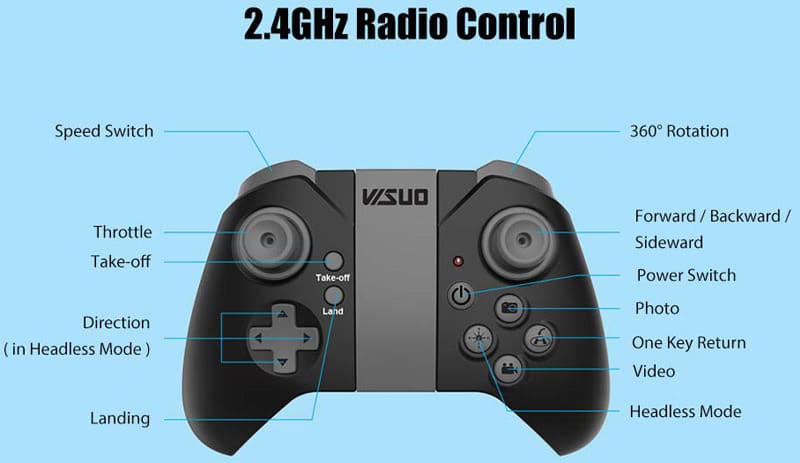 Make sure you check that all the buttons on the controller are working correctly: one of the important trim buttons on my controller was misaligned and extremely hard to press.