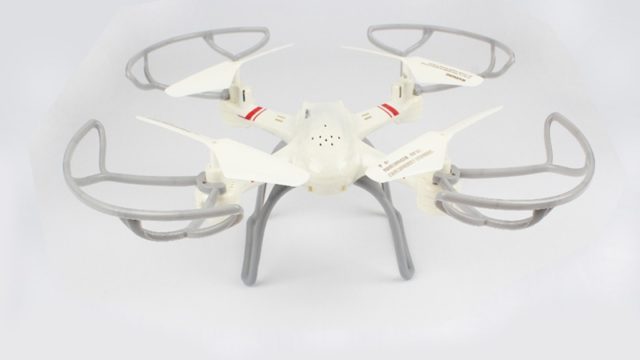 If you’re not pleased with the way your old quadcopter flies, maybe you should make a change by buying the Mould King Super-S 33041. The following details will probably convince you of the quality of this quadcopter.

The flying time lasts about 5-6 minutes. The battery is charged with an included USB charger, a process which takes 80-90 minutes. It has functions such as up/down, forward/backward, turn left/right, 360 degrees spin, self altitudes and position hold.(Check out our top best flight time drones for more.)

Once powered, the LEDs on the quadcopter are very bright and shines through the white body so it’s clearly visible from all possible angles. In combination with the fact that the lights are also color coded, it makes the Super-S not only suitable, but almost recommended for night flying.