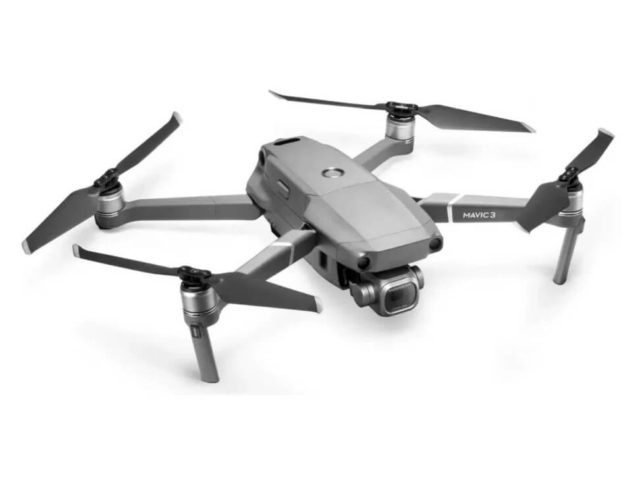 DJI Mavic 3: Everything we know

DJI amazed the world when they released the Mavic 2: Hasselblad camera, foldable design and a powerful battery, that reached 31 minutes of functioning time. Overall, it can be considered as one of the best VR drones available on the market to this day. With this history, it is understandable why DJI fans are eager to learn as much as possible about the next version. It will hopefully be an improved version of the Mavic 2. If you are one of these fans, you are about to learn everything we’ve gathered about the DJI Mavic 3 release date, specs, and rumors. So, settle in and get ready to peak into the future!

We’re starting off with good news: the release date is speculated to be in the beginning of 2021. It’s true, we are already slowly leaving the beginning of the year and still nothing to be heard about the Mavic 3. This could also mean that any second now… Either way, we’ve learned from experience that we don’t necessarily need to get our hopes up about this. There have been rumors of release in the fall of 2020 and as we all know, it turned out to be a rumor and nothing more. Back then, the information was based on the patents that were filed by the DJI for, possibly, the Mavic 3. In this context, the date was speculated by industry insiders, but without any success it seems.

Either way, we are keeping our fingers crossed!

In this case, the comparison is clearly made with the Mavic 2. So we will break down all the important specifications and see what are improvements that we can expect.

First off, we need to talk about the Hasselblad camera. The improvements that everyone would like to see are 4K and 60 FPS video quality. Or even better, thanks to the CV5 processor. Also, voices say that the camera will also have optical image stabilization. It is also known as OIS, and even support interchangeable lenses. All of this sounds incredible, but we will confirm and deny all these rumors on the release date only.

Moving on, let’s see what the flight specs have prepared for us. As many people expect the Mavic 3 to have 10 visual-sensing cameras by now. They also expect a longer flight time, which would be up to 40 minutes. Also, another great feature could be an upward-facing obstacle avoidance sensor. Therefore eliminating the fear of it crashing in birds or trees that might be above it. This additional functionality could save the Mavic 3 a seat in the competition with other recent crash-proof drones. Exciting!

Furthermore, the controller is said to be a smart one. This means, the pilots will have a high-quality screen integrated in the controller. They can follow the course of the drone for FPV purposes and even make some settings. This comes as a saving grace for the ones who had to connect their smartphones to the controller up until now in order to be able to take advantage of these functions. Of course, DJI has the option of a smart controller on its own. It is compatible with a few models, like the Mavic 2 Zoom, or the Mavic 2 Pro. The only thing that stops most customers from buying it? Well, the pretty high price. Therefore, if the new model came with a smart controller already, it would be nothing but an advantage.

Last but not least, let’s discuss the design a little. It is rumored that the frame will be improved. Meaning, an H design might be used, which increases stability, accuracy and speed. Also, a detachable camera is also in the cards. This is considered to be a great decision, in the context of the Hasselblad. As the camera would not only be great on the drone, but also in your hand! Another extra point might be that the future models might come with a better zoom function!

Many people talk about a difficult release, given the fact that the Chinese manufacturer has gone through some hardships recently. Everything started with the reported substantial losses (about hundreds of millions of dollars) that were caused by fraud, led by a group of employees. In this context, we could see why the release keeps being pushed back. There is a need for some new component manufacturers.

Another factor that might slow down the whole process is the ongoing trade war developing between China and the U.S.A. Meaning, the company might still be looking for a solution to the high tariffs required to sell their products in the U.S. This is needed simply because their product needs to be able to have a competitive price on the market in order to be a real success.

On top of everything else, the U.S. government publicly stated, not so long ago, that they have reasons to be seriously concerned about data security violations in relation with some Chinese products, including DJI. In response, the company used important resources to try to better their image. So we can understand why things may take longer than expected.

Above everything else, we are more than excited to be able to get our hands on this drone. No matter what the final specs will be, because we trust DJI to come forward with their best model yet. Even though it might take a little time, we know the best things don’t come easily. From here on, it’s a waiting game!