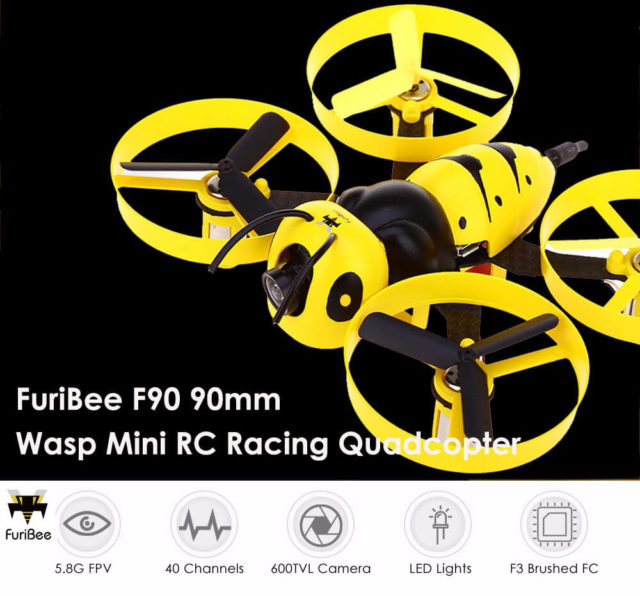 The FuriBee F110 had a lot of success when it was introduced because it was a micro quad with 5.6G FPV and it was everything you needed for indoor FPV flight. It was so popular that it got out of stock in some online stores. 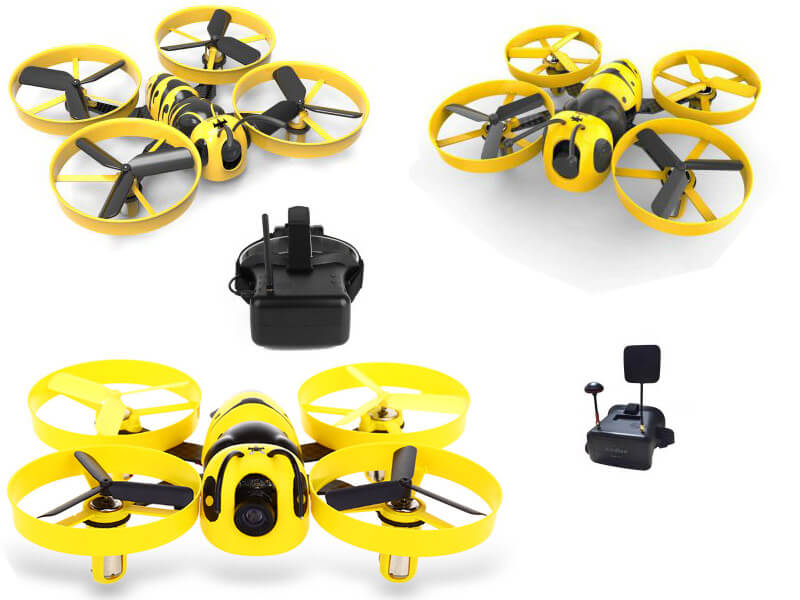 So after this success comes the FuriBee F90 FPV Quad which is a scaled down version of the F110. It looks quite the same and it is the same, except for the size some other features. So if you wanted an even smaller quadcopter for indoor FPV, then this is the one you should get. 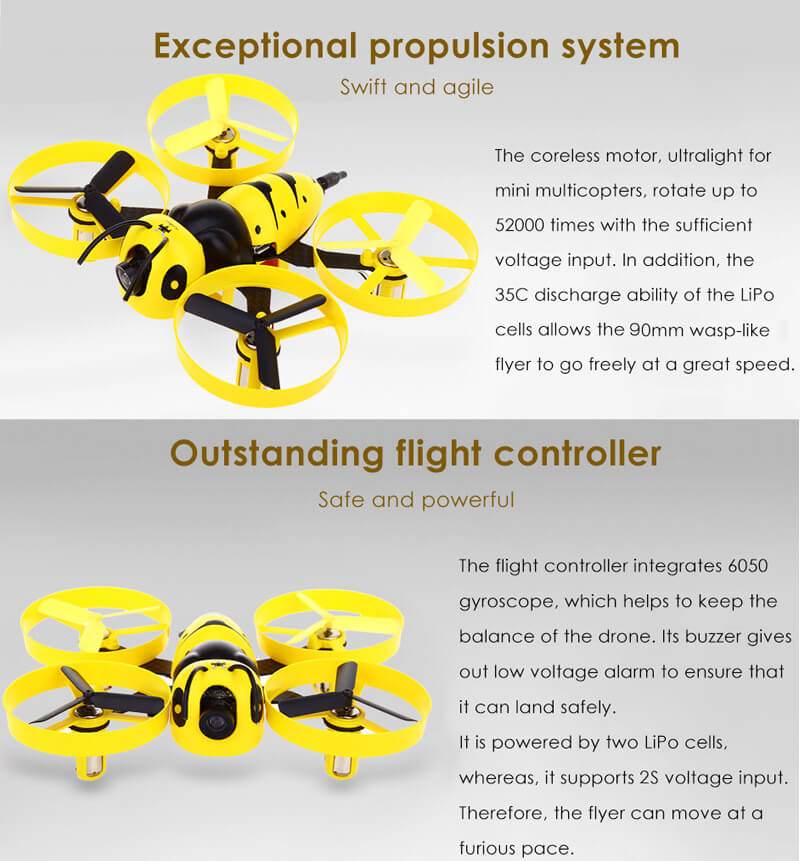 As specified before, the F90 is very similar to the F110 and the battery is another identical feature. It has the same battery of the F110, 7.4V 400mAh. The only problem is that the F90 isn’t compatible with 3S batteries and that means it will probably fly slower the bigger quad. Even so, this won’t be a problem if you plan to use it indoors. 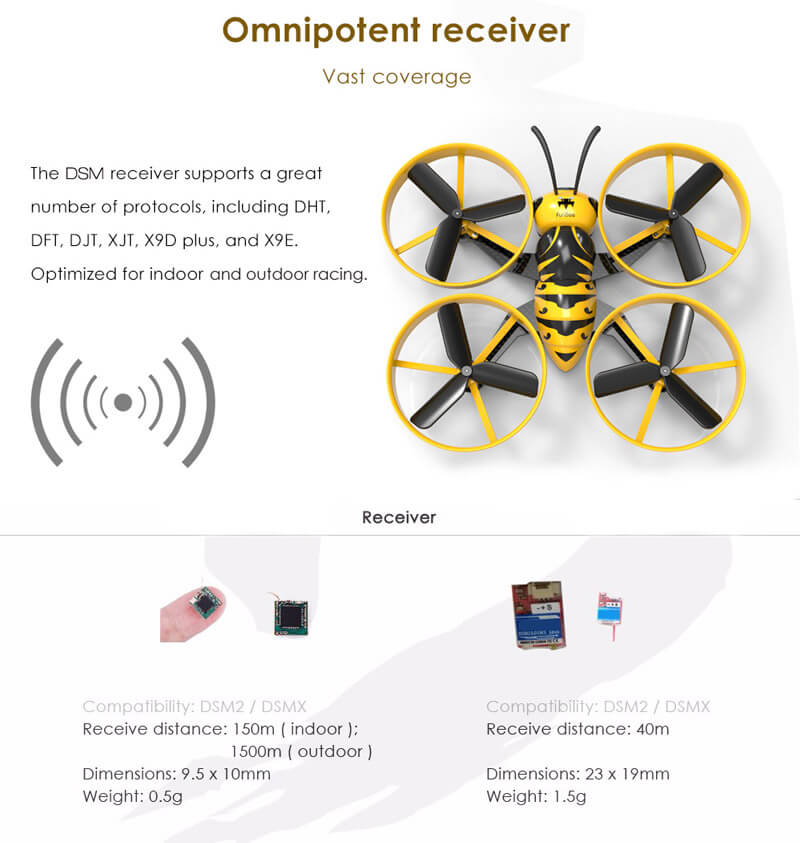 The F90 even has the same 8.5MM motors as the F100 but it has shorter 44mm three-blade propellers. The F110 has 60mm. The other identical features are the flight controller, it has DSMX/DSM2 compatibility and the 600TVL camera. 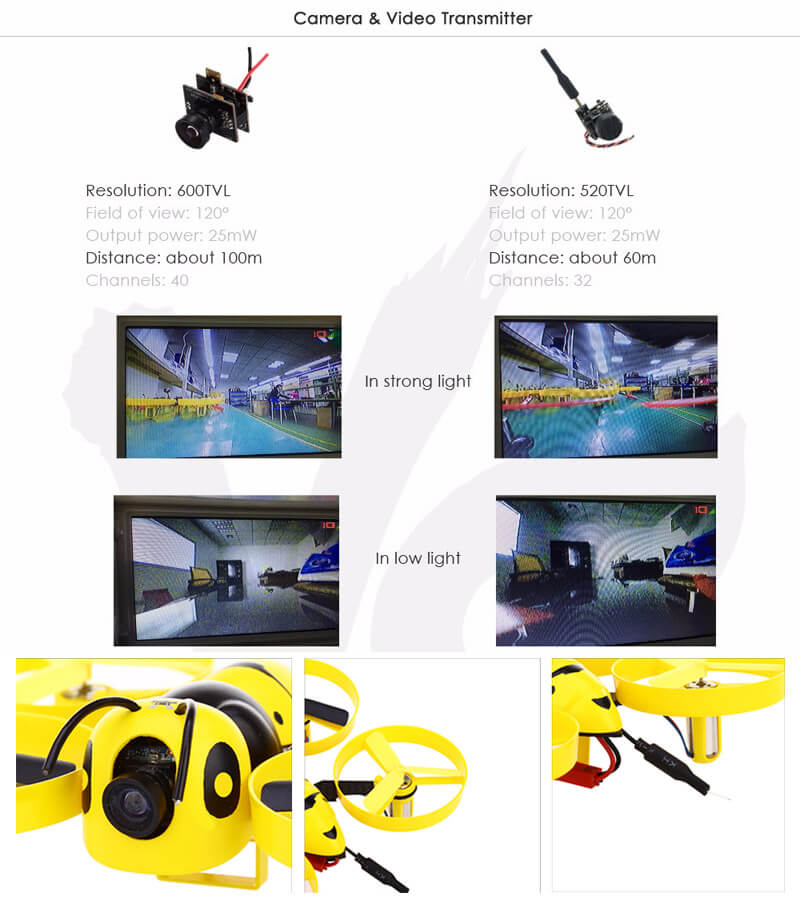 This little quad is quite promising and it should satisfy most of the people who always wanted a small FPV drone. If you look at the F110 sales, the FuriBee F90 FPV Quadcopter should also be popular. At this moment you can buy it at $85.99 at gearbest with a little discount.