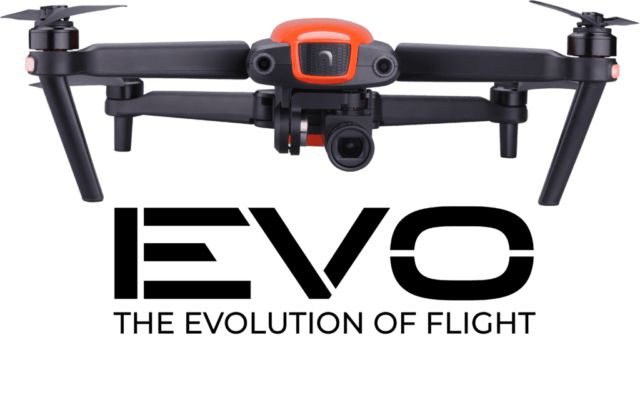 DJI Mavic 2 Pro vs. Autel Evo, there is a new rival? It is hard to say that the new Autel Evo can be a direct competitor of the DJI Mavic 2 Pro. Maybe it can compete with the first generation of the Mavic Pro, but with the extra features, it can be placed somewhere in the middle upon a solid ground.

Autel Robotics when they announced their newcomer drone back in early 2018 said that the Evo will inherit a one-inch sensor like the Mavic Pro. Unfortunately the hurry to put on the market the Autel Evo it has resulted in that the Evo got a smaller sensor. Not all the features work as it intended but further firmware updates should eliminate these issues. Don’t be intimidated, these are minor issues and I’m sure it can be solved. Overall the Autel Evo is a great machine and it can be an alternative for those who have a smaller budget. Let’s see in detail what the new Autel Evo is capable of in comparison with the new Mavic 2 Pro.

Mavic 2 Pro and Autel Evo have similar foldable controllers too. The only major difference is that the Autel Evo has an onscreen that actually displays the video transmission of the camera. You don’t need to use your smartphone to see the video footage, which is a big plus in comparison of the Mavic 2 Pro. The smartphones sometimes can be laggy or the app can drain the battery pretty fast. It is a good alternative the on-screen display, You can use your smartphone on the controller of the Autel Evo too, then the controller’s display will act as a secondary screen, providing flight and status information.

Both the Mavic 2 Pro and the Autel Evo has tons of flight assisting systems that help you fly almost automatically using the companion smartphone applications. The video transmission is smooth and clear on both drones. The Mavic 2 Pro has an astonishing control range of 8 kilometers. The video signal with the OccuSync 2.0 technology remains crisp and clear even from a great distance. Autel Evo has 7 kilometers of control range which is also impressive but in this category, it is not surprising.

Both drones are equipped with anti-collision systems. Autel Evo has forward and backward collisions sensors which will detect an obstacle and you will get an onscreen warning. If you pass the critical distance at a certain point the drone refuses to move forward. At the Mavic 2 Pro, you have the APAS 2.0 six-directional obstacle avoidance sensors which practically makes impossible to crash the drone. It works amazing, even detect small branches of trees. Of course in sports mode, these sensors are turned off. The Mavic 2 Pro in this mode is capable of flying at a dazzling 72 kph speed. Autel Evo has also a sports mode that is called Ludicrous. In this mode, you are able to fly at a similar speed as the Mavic 2 Pro, at around 65 kph.

Both drones are agile and pretty stable in the air, s you won’t have any issues with them. Strong winds can affect flight performance, but not too much. Mavic 2 Pro is able to fly 31 minutes which is also impressive. Autel Evo has a 30-minute flight time with a full battery. These data can be affected by weather and environmental conditions.

Mavic 2 Pro and Autel Evo have some similar features in this area. ActiveTrack 2.0 of the Mavic 2 Pro is able to track you accurately on great distances. Autel Evo has it’s Dynamic Track feature which is similar to the Mavic 2 Pro, it can follow a subject simply drawing a box on the screen to detect it. Viewpoint, Orbit, and Waypoint are other features of Autel Evo, Bascily these features helps you make perfect video or photo shoots. Mavic Pro 2 has similar features called POI 2.0 (Point of Interest), Waypoint 2.0, Asteroid and Boomerang which are the different circle around an object features, except the Waypoint. With Waypoint, you can plan a certain flight path using the application.

The biggest difference between the two quadcopters lies in the properties of the camera. Although Autel Evo is capable of recording video footage in 4k 60 fps, the larger image sensor of Mavic 2 Pro results in a higher dynamic range. But don’t run so far in advance, let’s see the details.

Mavic 2 Pro has a 1-inch sensor and a 20 MP Hasselblad camera. Autel Evo is equipped with a 1/2.3” Cmos sensor from Sony that is able of shooting in 12 MP. Nondoughtably with a larger sensor, Mavic 2 Pro is able to capture more detail. The colors compared with the Autel Evo are more vibrant, it can capture over 1 billion colors compared to the Evo that is able to capture only 16 million. Autel Evo has a wider field of view than the Mavic 2 Pro, 94-degree compared to the 77-degree that the Mavic has. In automatic mode, the Mavic 2 Pro tend to overexpose in the setting sunlight, but it can be adjusted manually the settings. Of course, because of the larger image sensor, Mavic 2 Pro can capture more detail in lower light conditions, the ISO rate can go up to 12800. With the Autel Evo, I wouldn’t go further than ISO 400.

Both drones have 3 axis gimbal systems for the camera. They capture smooth video footage. The Autel Evo can record 4K in 60 frames per second compared to the Mavic 2 Pro, which only records 4K in 30 frames per second.

The main character of the Mavic 2 Pro camera is that captures more detailed images even in poor lighting conditions. At daylight, Autel Evo can be as good as the Mavic, but cannot beat up the vivid colors of the Mavic Pro 2.

Both the DJI Mavic 2 Pro and the Autel Evo are great machines. The comparison wasn’t realistic because clearly in many aspects the Mavic Pro 2 is superior. Although the price tag is really important for many, so Autel Evo can be a great companion. If not of paramount importance for you to use the latest and greatest technologies, but still you want a reliable, photography drone, you can opt for the Autel Evo with confidence. The screen on the controller that displays the live video feed is a great plus compared to the DJI Mavic 2 Pro. The 60 fps video footage is better than the Mavic 2 Pro. But if you are a Mavic fan, you won’t regret, your choice neither. For more DJI models, take a closer look, what were the best DJI models so far in 2018.