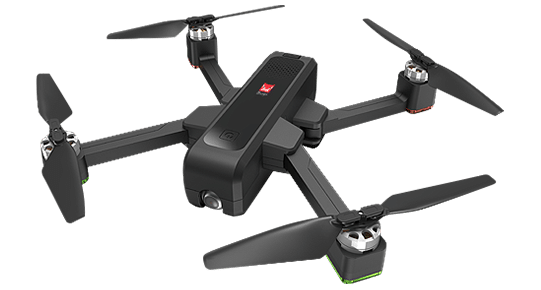 Innovation is a key aspect of every technological device. Whether if we talk about hardware or software, a good new idea can be crucial and can help your drone improve a lot. One of these innovative idea was the foldable design which can be found each and every price range. Thanks to the design you can transport your drone more easily and the build does not affect your flight performance. The MJX Bugs and SJRC F11 are big competitors when we talk about foldable mid-price ranged drones. They both look similar and have almost the same quality with minor differences. Like one of them has a bit better camera and the other has a better flight time. It’s up to you what is your priority when you want to buy a drone. We’re just here to help you collect all the information you need. I can say one thing you right now, both of them is a good choice. Let’s start the MJX Bugs 4w vs SJRC F11 “race”.

Let’s start with the packaging options.

The MJX Bugs comes with optional parts, like a backpack and more batteries. Besides these you’ll get in the box guaranteed the following items:

The package of the SJRC F11 looks kind of the same:

Therefore this section we can call and even between these aircraft. They both have the same basic pack and the same optional parts. If you travel more I recommend you to get the backpack and the optional batteries as well. It will be easier and safer to travel with the official backpack and with the spare batteries you can get away longer footage. And if you’re going in nature you won’t even have the option to go into a cafe and charge your batteries. But it’s all up to you.

I think we can call it an even this section as well. They both look the same, same foldable design, same color, and the same material. If you like this simple minimalistic style you’ll be happy with both of them. However,  the SJRC F11 has a tiny advantage of having a bumper under each of the propellers.

The camera of the drone is another key aspect. Without that, you just have a flying thing. It doesn’t matter if you want to upload a small movie about your trip on YouTube or you just want to show your pictures to your family you’ll need a good and stable camera.

The MJX Bugs has a slightly better 2k camera with a jello stabilization. But in reality, when you watch your footage taken with the Bugs you won’t see a clear 2k photo. The angle of the camera which is a 110-degree wide-angle with a fisheye effect camera be changed from the controller even during the flight. When taking videos the camera can record in 20FPS. The Camera is capable of FPV which requires a 5G 802.11ac wifi capable phone to see a live feed but don’t expect a clear feed.

On the other hand, the SJRC F11 is a bit behind in the camera section. It has a 1080p camera that can record in 25FPS, the colors are pretty realistic and you can this drones camera angle as well which is a 120-degree wide-angle camera, with the fisheye effect of course. Just like the other drone you can this one too to a mobile phone or an FPV headset with a 5G 802.11ac wifi capable device.

The Bugs 4w controller is a lookalike of the transmitter that comes with the Mavic series from DJI. There is a small screen in the middle is quite useful, shows a lot of useful things like the battery life of transmitter and drone as well, how strong is your GPS connection, and some drone-related info like the distance and height of your aircraft. The controller is also foldable and on the top, there is a phone holder.

The controller for the F11 is a well-made item from quality plastic, it feels good in the hand and looks a bit like the other. It doesn’t have a small screen in the middle or anywhere but it compensates you with a lot of LED indicators that show you the same info but without the numbers. If you’re a more experienced drone owner you can observe that the wheel to change the camera angle works a bit slowly, and it’s quite noisy too. This controller is foldable too and has a phone holder on the top.

At a price range like this, you can expect some intelligent flight modes as well. And these aircraft won’t disappoint you. Let’s start with the basics, both of these drones have a GPS positioning, for a more steady flight. But if you want additional stability when closer to the ground, or if you want to fly indoors, then the MJX Bugs 4w might be a better option because it does have sonar and optical flow cameras for positioning. For a much better flight experience they both have Waypoints, Orbit, Follow me and Automatic Return To Home flight modes. These can make your life so much easier. Especially the last one. With that option, you don’t have to mess with landings and your drone will even come back “home” if it goes out of range or when the battery is low. However, the SJRC has something in plus, it can read your Gestures in order to take actions. Like you show your palm and the drone takes a picture from you, but you can find all of the gesture related info in the Users Manual.

Both of them can fly 24 minutes with a single charge of the battery in optimal conditions, can fly 300m from the receiver. And can fly over 20 km/h with his brushless motors. The only difference is that the MJX has obstacle avoidance on the bottom, so it has a more stable flight when it flies near the ground.

These drones come with everything you can desire from an aircraft like this. They have a pretty good camera, quite a long flight times, and intelligent flight modes. They are head to head in most of the aspects that we’ve reviewed. At this point, the most important factor can be only the price. For that here’s a list to check out the prices of these two bad boys.