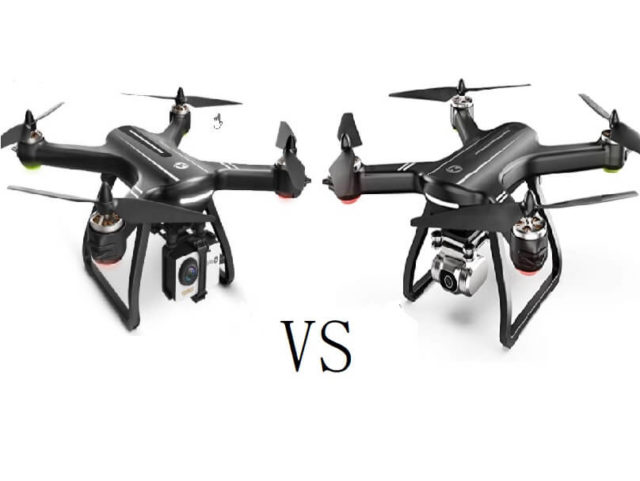 Not so far ago Holy Stone launched their new drone, the HS700D Ophelia. The quadcopter is an upgrade to the original HS700 model. Currently, the Holy Stone HS700 Ophelia no longer exists in the consumer market but will be showing up from time to time as a limited, special edition deal. We have reviewed both of the drones on our site, but for those who are curious which one is better, we made this review, where we will analyze the Holy Stone HS700 vs HS700D Quadcopter to determine which one gives the best user experience.

If you’re unsure whether or not you should get your hands on a brand new drone, or you should just stick with the OG drone we are here to help you. In this HS700 vs HS700D Quadcopter review, we will be talking about the main specifications of these drones, the pricing, and the difference in the features. Just one example, The Holy Stone HS700D features a 2K HD camera mounted on a 1-axis gimbal stabilizer and several upgrades. Which is better on paper than the previous version, which has only a 1080p camera. At the end of the article, you will be able to make a confident decision and know which one fits you the most according to your preferences and needs.

Design-wise the drones have some similarities within. For example, both of them have huge bumpers, they work with the same motor and both of them have a camera under the body. However, the new 700D has a better support system, which eliminates the minor unwanted movements in the footages. As for the weight of the two drones, the new 700D is weighed more than the regular HS700. As you can see, it measures around 608g, which means that you will need an FAA registration for it. Both of them has a sturdy and massive build. This means that you can’t fold them, but at least it will be harder to break them. To sum it up, the HS700D Ophelia isn’t the best choice out there, because it’s not a foldable drone, but it has some better features than the regular 700.

The 700D quadcopter got a minor upgrade from its predecessor which only had 20 minutes of flight time. The new Holy Stone HS700D Ophelia now has a flight time of up to 22 minutes, depending on some criteria. This is one of the best upgrades you can get in a drone because it allows you to stay in the air for a much longer time.

This is another very important aspect of a drone. You will want your drone to make good pictures because that’s the reason anyone gets a drone. To make nice aerial photos. That being said, the Holy Stone HS700D Ophelia got a huge upgrade in its camer as well. Previously the drone was able to make only 1080p videos, but now it’s able to make 2K videos from the air.  As we mentioned previously the drone got another upgrade in his gimbal. Now the camera is mounted on a 1-axis gimbal stabilizer which eliminates most of the vibration.

Feature-wise, nothing much has changed inside the drone. Both the previous model, and the current one can perform Waypoint Mode, Orbit Mode, and Follow Me Mode. These intelligent flight features are there to make flying and capturing aerial footage much simpler.

As you can see the 700D is better in multiple ways than the 700. As for the price, we can’t say much, because the 700 is not available anymore. But if you want to go for better performance you should stick with the 700D. However, I wouldn’t recommend any of these. There are drones on the market, with a foldable and lighter design, that can already capture in 4K. And there are not that big of differences in prices.

If you want to check out the price of the HS 700D you can look it up on Amazon.