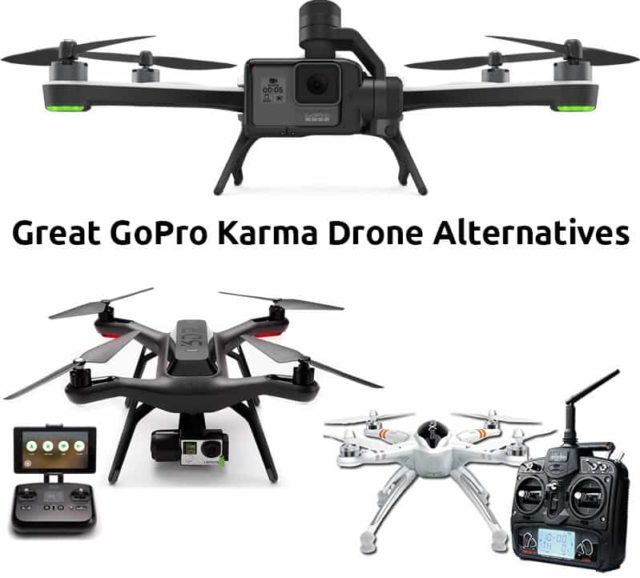 At this moment, the DJI Mavic pro and the GoPro Karma are the best drones that are combined with cameras for the majority of consumers. But if you want some GoPro Karma Drone alternatives, there are still some left. They may be as good as these two leading brands, or even better if you consider the price/quality ratio. 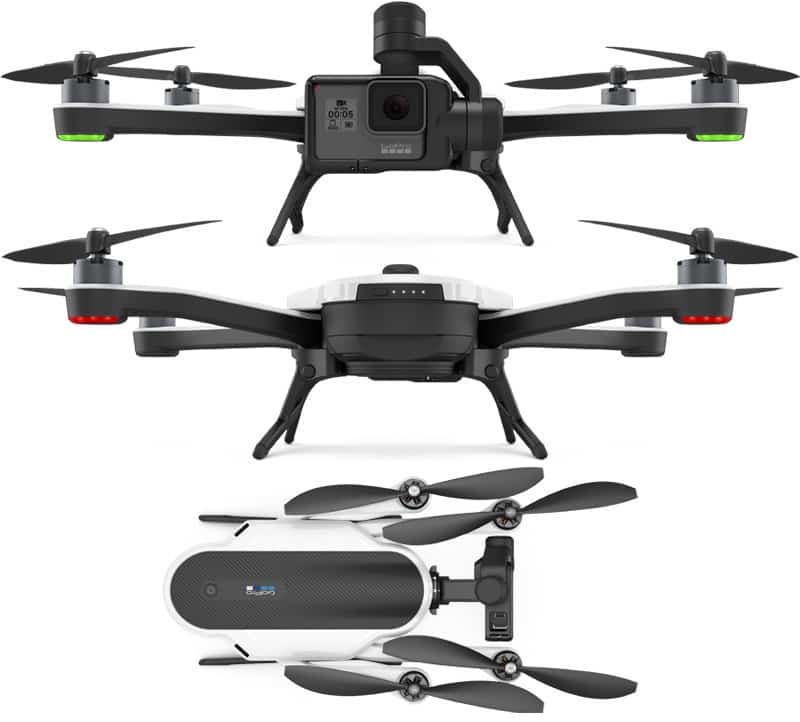 The GoPro has entered the drone business for over a year already, with the GoPro Karma Drone that is using the Hero5. This was a successful combo that has made a lot of people intrigued by the possibilities. DJI also made the DJI Mavic Pro in order to compete with the GoPro Karma and they have success, ed.

So, if you are still looking for other options, due to budget, size and features, there still are some drone + camera combos left, which could help you a lot, depending on how much money you are willing to give for a drone like that.

This is the first option on our list because it probably is the best option if you still want to preserve the quality of the other two drones, at a lower price. The Karma costs $799 to buy it. If you want to buy the bundle that includes the Hero5, you will have to pay around $999. The Walker QR X350 is capable of producing really usable footage and also has more flight time that can somewhat beat the GoPro Karma’s limited time.

This drone costs around $350 on Amazon, so you can consider it, because it is a good deal. 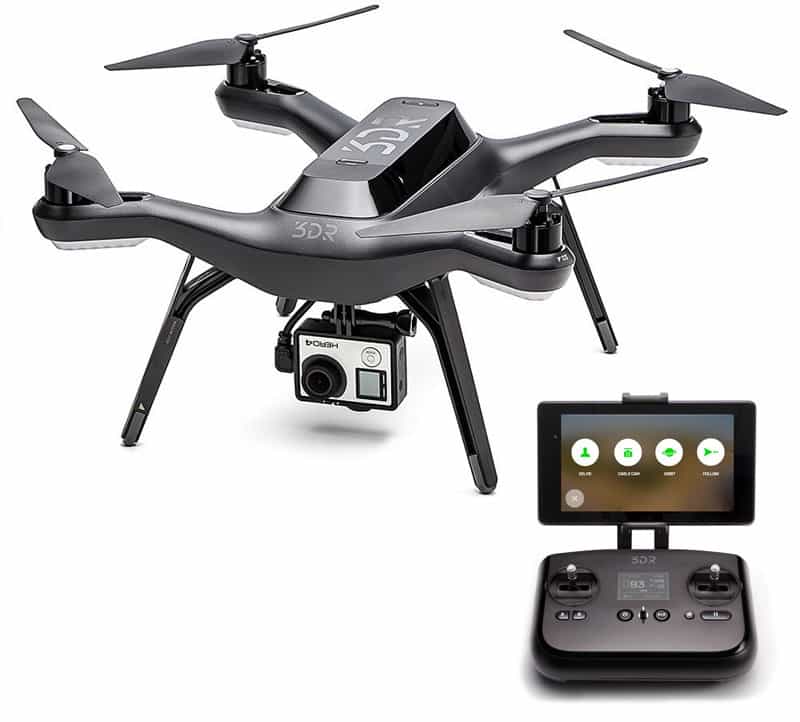 The 3DR Solo Drone is another nice alternative to the leading drones. It is a feature-packed drone. The only thing is that it doesn’t have a built-in camera, but the upside is that it can be used with GoPro cameras like the Hero5. Feature-wise, it is similar to the DJI Mavic Pro because it has a lot of controls. It even has a video-game themed controller in order to make it easier to control. It also has photo modes like follow-me, cable cam, selfie, and orbit.

It may be a little pricier, but it may be worth the extra money. It costs around $380 on Amazon for the quadcopter alone and $712 if it comes with a pre-installed Gimbal.

If you are looking for an alternative, there surely are some good contestants. However, the above drones are good enough in order to give you some insight into the choices you have. All in all, if you don’t have a lot of money, you can still enjoy most of the features that the top drones have, at a lower price.