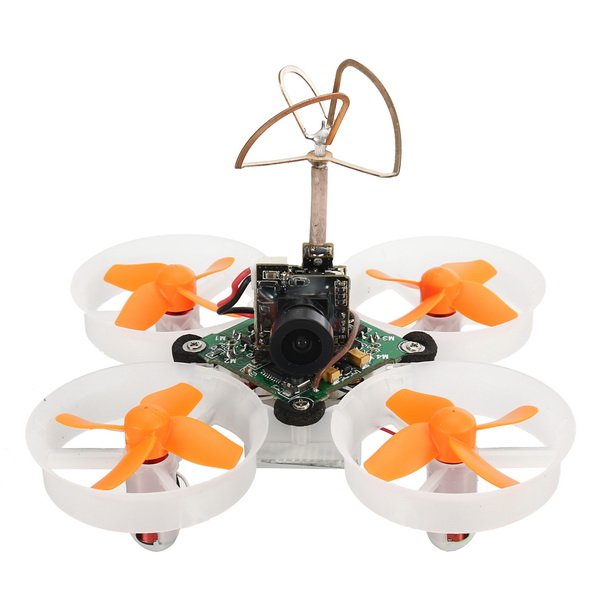 Winter is all about staying home in a warm and cozy couch. And what could be a better way to spend your time home than flying a small drone? Don’t worry, nowadays there are several drones that were made to use them indoors. They are safe, you won’t damage the drone or any valuable object in your home. These drones were made to be harmless. They are also very cheap, you can get some of them for even under 50$. And they come with a camera, a controller and a lot of fun. So if you’re not really into drones, but still want to try out how it feels to fly one you definitely have to buy one. They are not built with intelligent flight modes so at some points it might be harder to control them, but they are still fun and pretty enjoyable to use. If you become interested to buy a nano drone stay with us because today we will show you a really great small aircraft in this Eachine E010s Review.

Eachine are well known for making small drones, they are pretty good in them. Their main targets are drone beginners or drone collectors. They already came up with an E10 model, but that one looks so different from this one. It’s covered in plastic and looks like a space battleship. Also, it doesn’t have a camera like ours.

Of course eachine has a few more expensive, mid-quality drones as well as the Eachine E520S , but in my opinion, their small drones are more successful. Their drones are easy to control, and they tend to have a unique raw design by having no plastic covers on the drone. I think it’s pretty awesome.

Let’s see what you get when your package arrives

On the top of the drone, there is a quite ugly cloverleaf antenna, and also it won’t stand very well in crashes. The plastic material the drone is made of is quite flexible so there are small chances that it will break or rupture.

At the bottom, you can find the really small only 5 grams battery, but this drone doesn’t even need more. Unfortunately, you won’t get a spare set of batteries so you have to wait until that one charge fully or you can search the internet to buy another one.

This new upgraded E010s has better motors with the Racerstar 59000 rpm motors and an SPF3  remote controller with an integrated receiver. The motors do a nice job of keeping the drone stable during flight. You can swap the four-blade props out for some tri-blades for a bit more punch and control. The drone It’s only 20 grams without the battery so the super lightweight frame makes up for the lack of power and easier control. This is the easiest and cheapest upgrade to make for almost any whoop style quad.

And thanks to the camera you can access FPV mode through your phone. You can’t go really far with it but you can check with it what’s happening downstairs or idk. However if haven’t owned an FPV drone before this could be a lot of, the image won’t be really clear because we are talking about a quite small camera, and the motors will be in the image as well but you will still be able to see where the drone is going.

As you may know, you can configure the drone by connecting it to the Cleanfight via the USB port. So the manufacturers gave you the opportunity to mess around with the drones speed, and maneuverability. You can try various sets by typing in the code “motor_pwm_rate=” and set the value from 2000 up to 32000. You will then notice a different motor sound and possibly a few performance changes. Be free to experiment.

But if you went too far, don’t worry, you can undo everything. If you select  “Full chip erase” in the program, then your current configuration will be erased and defaults will be applied, so you have a clean start again.

“Setting up on Cleanflight was fairly easy. Search E101S set up on YouTube for help. Be sure to set up an arm switch or you won’t be able to start the motors. I have been flying this around my backyard with FPV Headsets and getting better with each flight. This has been a lot of fun to fly. I would also recommend getting spare batteries since you can only fly for a few minutes at a time. I purchased a 5-pack for around $16. Happy flying.”

“Best of the bunch. I now have the E10C, F36, Queen SPR F3, Blade, etc tiny whoops. The E10S is by far the best of the bunch with a few mods of course. My overall thoughts, out of the box it’s a nice little stable quadcopter, very capable, and safe. It flies well out of the box, but to me, it read as underpowered and not the crazy acro whoop I expected it to be. I think the reason for that is because they really tried to make this beginner-friendly and light.”

“This is simply the Tiny Whoop you should buy. I have seen WAY too many people buy a micro quad then add a camera and upgrade motors then the flight controller. Don’t do any of that. Just buy the E010S. It comes with everything you need! ”

As you saw in this review, the Eachine E010s Quadcopter is a really affordable and enjoyable small drone. You can have much fun controlling it and watching everything on your phone, all of that for under 50 bucks. Also, if you’re into programming you will enjoy this drone even more because you can configure some things within.

If you’re interested in buying the drone you can do this on the following links: Amazon, Banggood, and Aliexpress.